She is the golden girl of Hollywood.

And Zendaya took her talents across the pond on Sunday as she attended a special screening of her upcoming film Dune, as part of the London Film Festival. 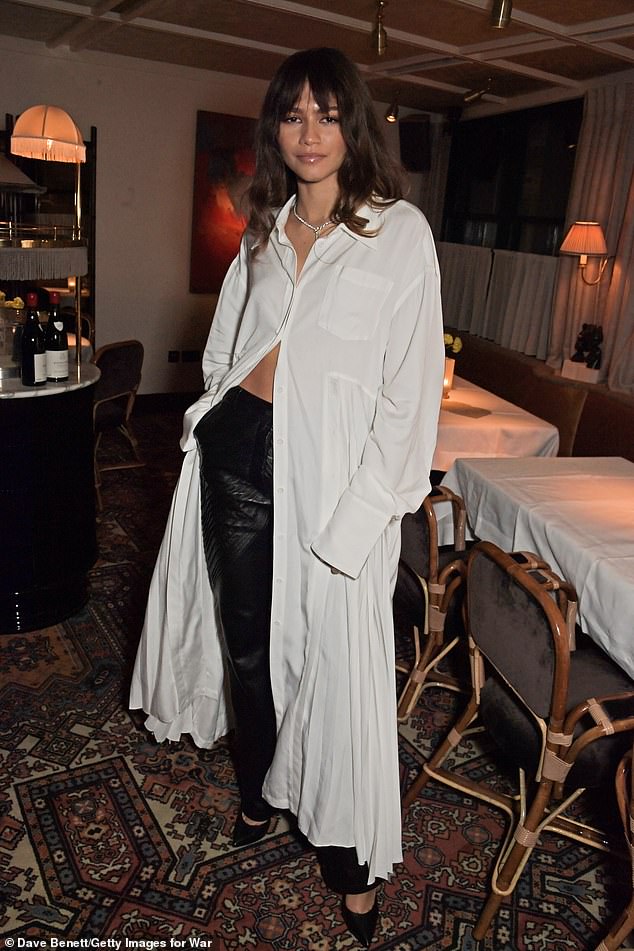 Movie Event: Zendaya attended a special screening of her upcoming film Dune in London on Sunday 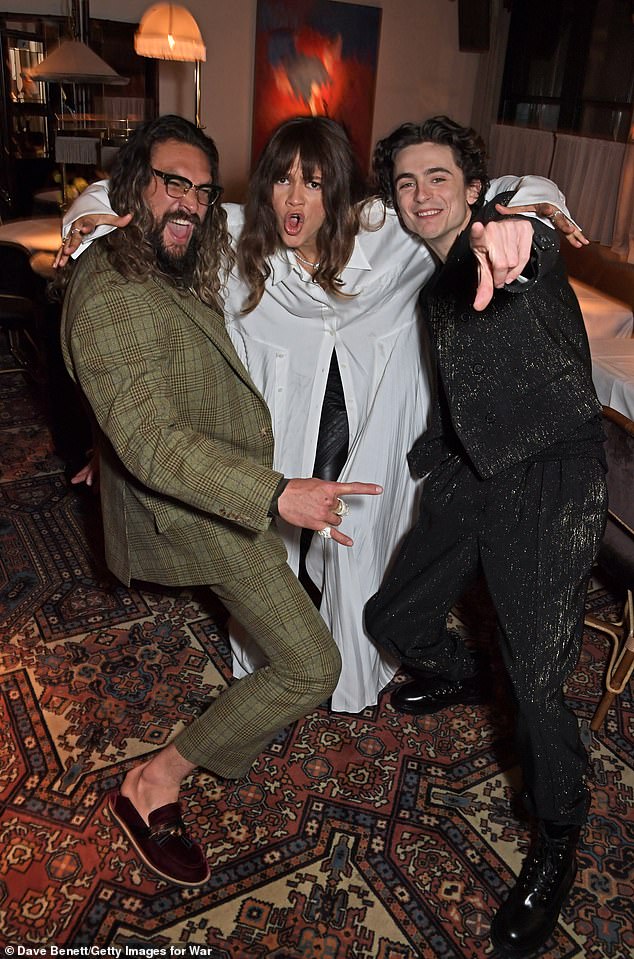 Best friends: The star put on an animated display with her Dune co-stars Timothée Chalamet and Jason Momoa

The Euphoria star sported her light brown hair in a shaggy style, complete with bangs framing the face.

She wowed in the billowy blouse, which she partially buttoned at the top so the rest could flow freely.

Her statement-making piece was expertly structured but boasted pleats at the bottom.

She added a diamond-encrusted lasso collar and silver-toned rings on several fingers.

To round out the look, the stately stunner wore pointed-toe black heels. 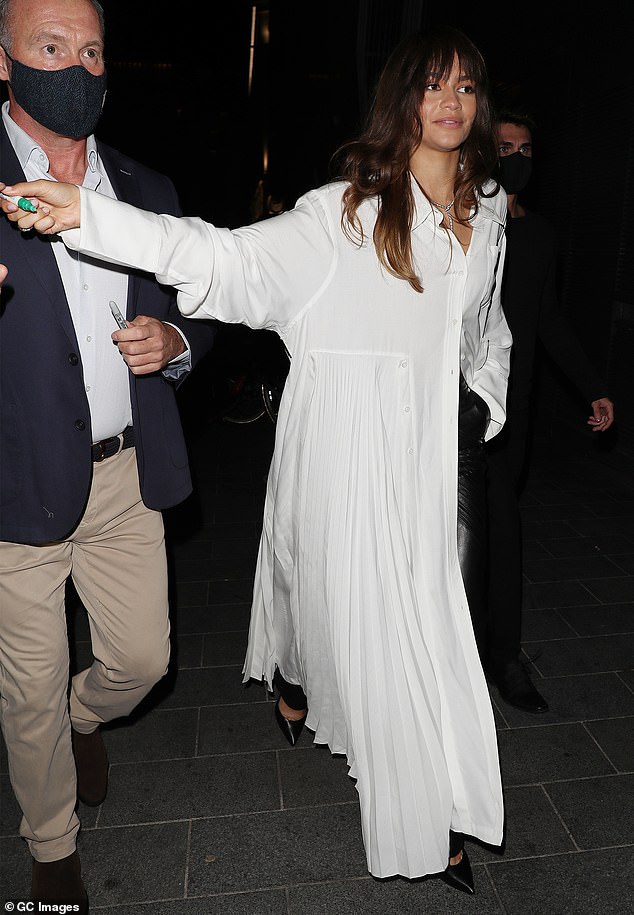 The Oakland, California native signed autographs for excited fans as she made her way to the Cineworld Leicester Square location. 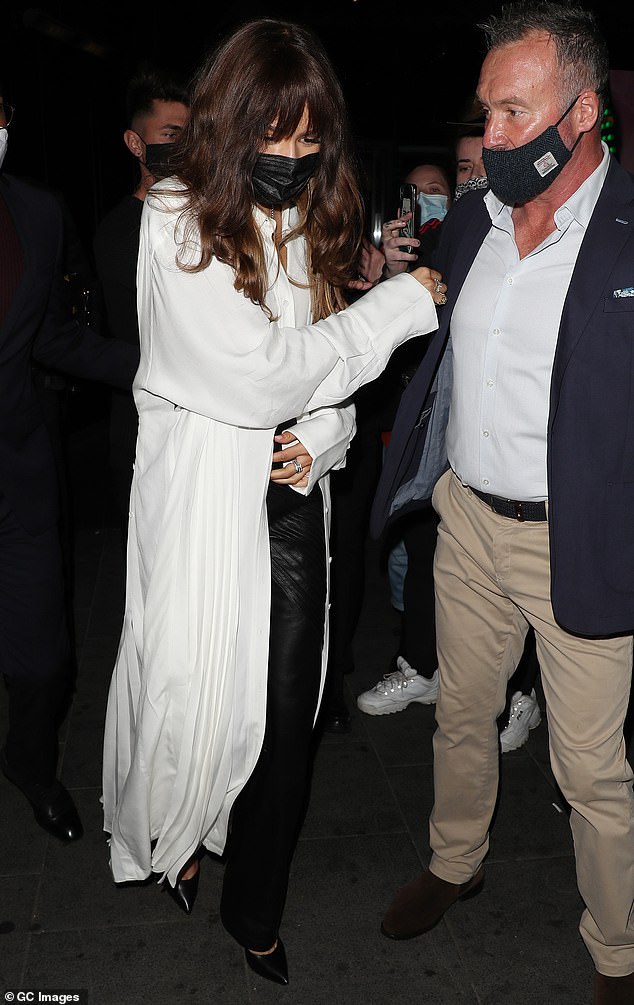 The Euphoria star sported her light brown hair in a shaggy style, complete with bangs framing the face

The highly anticipated film is based on the book by Frank Herbert and is directed by Denis Villeneuve.

The story was also filmed for the silver screen in 1984, directed by David Lynch and starring Kyle MacLachlan, but it was not a blockbuster. 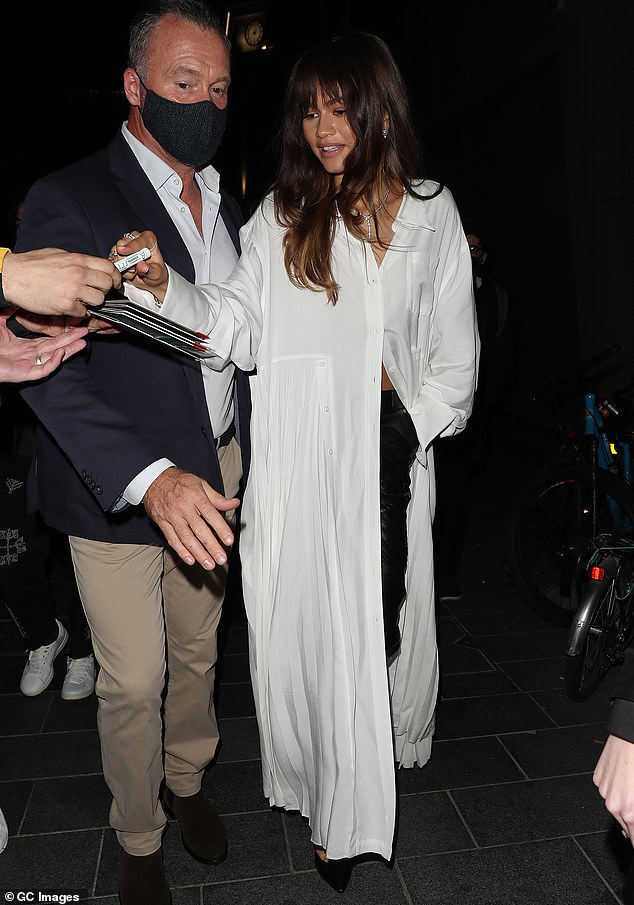 The new film is about “the son of a noble family charged with protecting the most valuable asset and most vital element in the galaxy.”

Other stars of the project include Oscar Isaac, Stellan Skarsgård, Javier Bardem and Charlotte Rampling.

The London Film Festival has expanded over the past ten days and has seen premieres of several films from around the world. 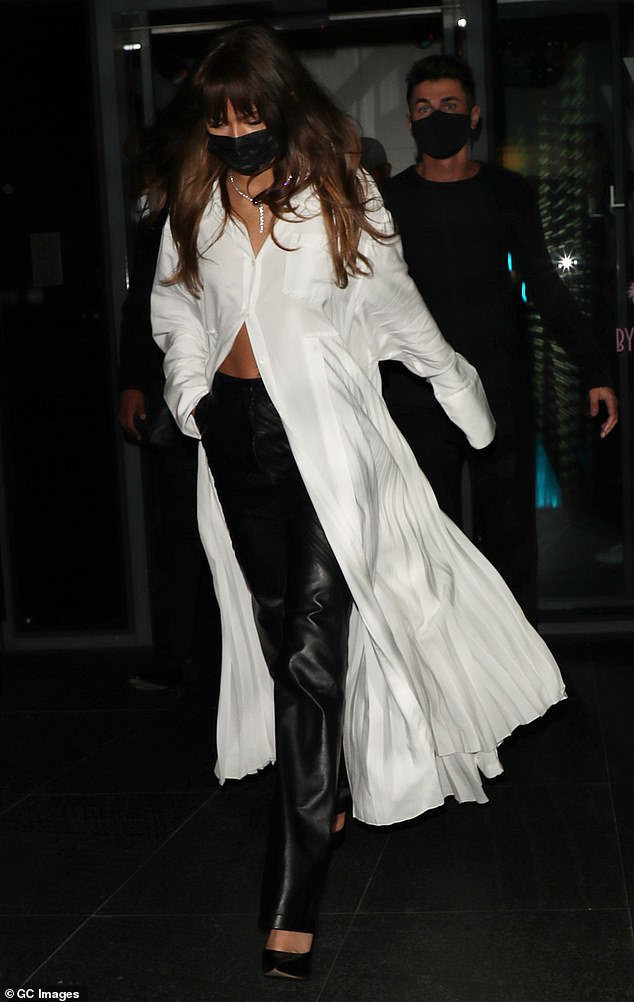 Flowy Top: The 5ft10in beauty wowed in the flowy blouse, which she partially buttoned up at the top so the rest could flow freely