Wife had cheating ex tattooed her name – then had him ghosted

A woman on TikTok claims she persuaded her cheating ex-boyfriend to have her name tattooed on his body – then immediately stopped communicating with him.

Lana (@lanalovelace7) has gone viral with her video sharing her sneaky plan – filming the moment the cheating ex got the permanent art on his skin.

“If your POS ex wants you back, tell him to get your name tattooed on him, but plan on ghosting him immediately after,” she wrote. 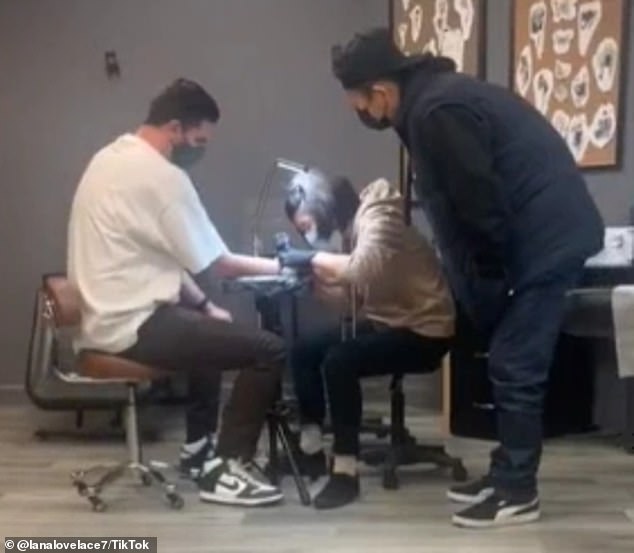 Viral: A woman named Lana has gone viral on TikTok for a video of a man she believes is her ex-boyfriend getting a tattoo of her name on his arm 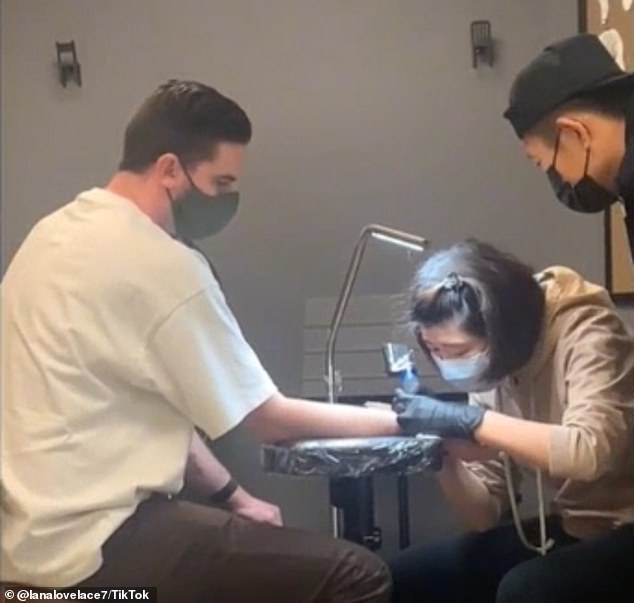 Revenge? She accused him of being ‘a narcissistic con man’ 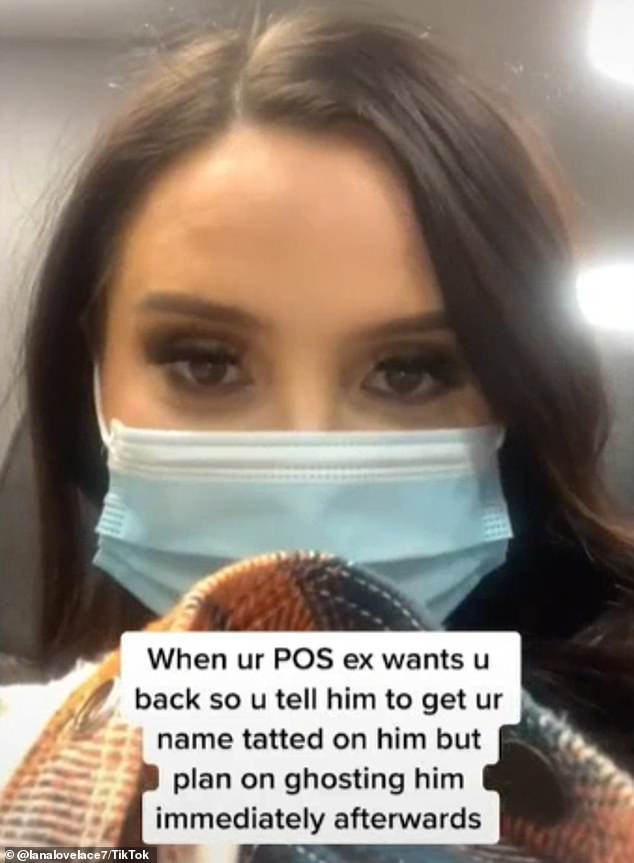 Ghosted: She claimed she stopped all communication with him immediately after

The clip shows a woman wearing a mask leaning close to the man’s wrist and inner arm, applying the ink.

Meanwhile, Lana shows her own stoic reaction as she films from a few feet away.

The video has been viewed 1.3 million times in just a few days and most of the commenters seem to approve of Lana’s behavior.

Internet personality Tana Mongeau loved it, calling what Lana did a “mood,” while another commenter wrote, “I think that’s great for you, dear friend, he’ll have you with him every day.” 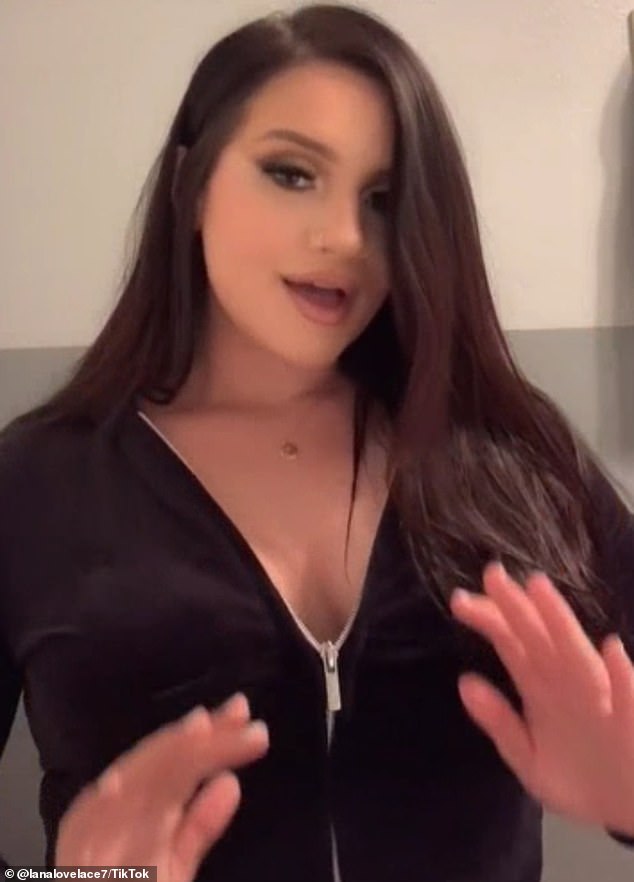 Popular: The video has been viewed 1.3 million times in a few days and most of the commenters seem to approve of Lana’s behavior

Critics: Only a few commentators have criticized the pettiness, with one writing: ‘That’s just wrong, regardless of the circumstances’ and another saying they were ‘made for each other’

“As you should queen,” wrote another.

“Wait, this is so bad, but I LOVE IT,” another chimed in, while another said it was “the best thing I’ve ever seen.”

Others called it “brilliant,” “funny,” and “wild,” and described Lana as a “legend.”

But others have criticized the pettiness, writing, “That’s just wrong, regardless of the circumstances.”

Another said she and her ex were “made for each other.” 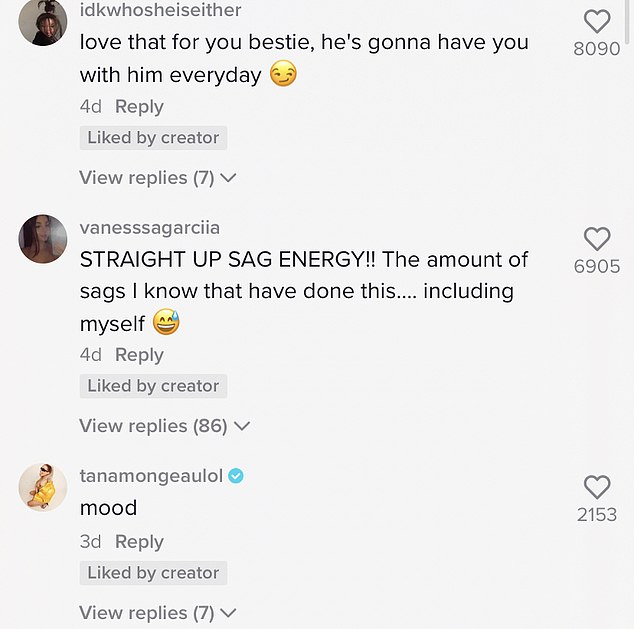 They approve: many commentators applaud her, calling it ‘bad’ but ‘funny’

While Lana’s claim that she was dating the man in the video—then ghosting him—has not been verified, comments on the video indicate that it is completely truthful.

A woman who claims to be the man’s current girlfriend, Daniela Carreola, has shared even more details.

This tattoo was done in March 2021 before we even met. I laugh at him for it, yes, but people always get names tattooed,” she wrote.

‘Do I think it’s stupid? Yes. I have a tattoo for someone who is not in my life. They’re tattoos.’

Still, Lana has criticized her for “standing up for a narcissistic cheating abuser” and claimed that since her video went viral, several other girls have claimed that they are also currently dating her ex. 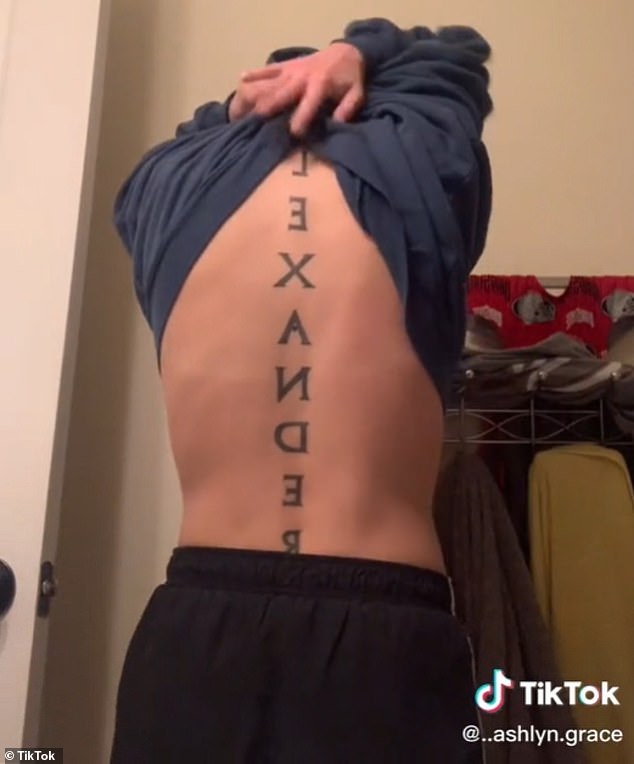 Wow! Another TikToker showed off their incredibly deplorable tattoo on the back with an ex-boyfriend’s name — and social media users are shocked at how big it is 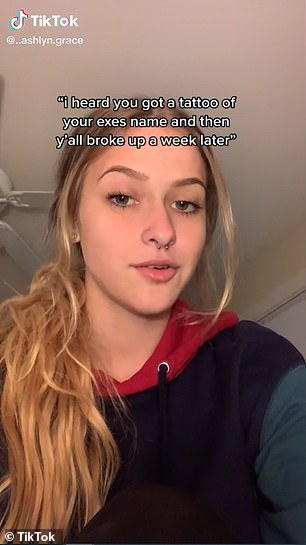 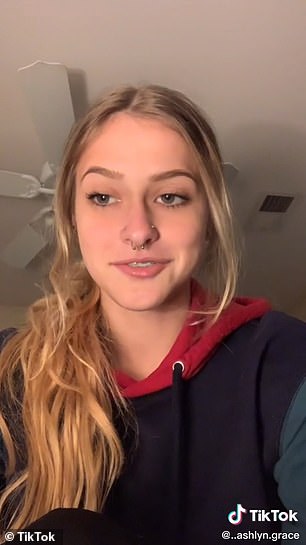 Oops! Ashlyn Grace, 21, got the tattoo a week before they split last year

The regret was reversed for another TikTok user who revealed their incredibly regrettable tattoo on the back with the name of an ex-boyfriend – which they inked just a week before the couple broke up.

Ashlyn Grace, 21, went viral last month after admitting they had a friend’s name tattooed on their backs – which became a very awkward memory of him after they split up just a week later.

Responding to a nudge from viewers eager to see the ill-advised ink, Ashlyn posted a follow-up video of them pulling up the back of their shirts and revealing the name “Alexander” in capital letters vertically along their spines.

But despite suggestions to fix it or cover it up, Ashlyn, who uses the pronouns she/them, claimed not to regret the tat and still likes it over a year later.

Ashlyn earned 5.3 million views for their first video, which read, “I heard you have a tattoo of your ex’s name and then you broke up a week later.”

At the end of the clip, the lip gloss dubbed a lyric from a Lizzo song: “All the rumors are true.”

The video was inundated with comments pleading for the tattoo in question, and Ashlyn quickly responded with a follow-up that reached 6.7 million views on TikTok and another 2.7 million on Twitter.

The TikToker then turns away from the camera, pulling the back of a large sweater toward the neck.

With their backs bare, the giant ‘Alexander’ is printed from the neck to just above their backs, tucked under their pants.

Viewers were shocked by the tattoo, and many clearly thought it was just a small piece of art on her wrist or ankle. 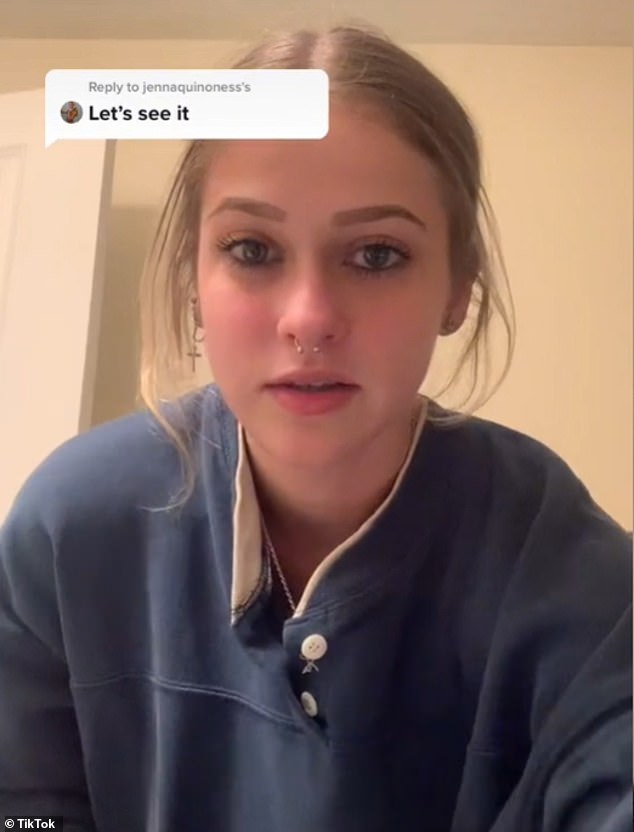 Oh no! Ashlyn has no intention of publicizing it, even insisting that they “love it.” “Almost a year later and I still don’t regret it,” they wrote

“No seriously, why did you do this?” asked another, while a third wrote, “Honey, you might as well beg him to take you back, ’cause” [skull emoji].’

“So… you couldn’t have put his name on a necklace or something?” asked another confused viewer.

Others intervened on Twitter, saying they are “audibly gasping” and urging Ashlyn to “book a tattoo removal immediately.”

Quite a few commenters have also made suggestions for improving the ink – or making it work as it is.

Many suggestions for additions included “Graham Bell,” “Hamilton,” and “the Great.”

Others say Ashlyn should “get a dog and call him Alexander” or “only date Alexanders from this point,’ or change their own name to Alexander.

“Turn your whole back into a word search,” wrote another.

Still, Ashlyn wrote in the comments that there is no plan to publicize it, even insisting that they “love it.”

“Almost a year later and I still don’t regret it,” they wrote. ‘It’s been 11 months’ [and] I still have no idea or desire to find a cover-up artist.’