Wet and wild! Sportsmail’s Kevin Quigley Gets Thrown In The Pool At Tyson Fury’s After Party

Wet and wild in Las Vegas! Sportsmail’s Kevin Quigley Gets Thrown In The Pool At Tyson Fury’s After Party…

By Kevin Quigley for the Daily Mail

I managed to join Tyson’s after-fight pool party on Sunday at Wet Republic which is part of the MGM Grand complex and of course everyone was in a great mood. The music blared, the sun shone (it’s Vegas after all), and there was singing and dancing.

I was poolside having a few drinks with some co-workers when I was invited to Tyson’s cabana to have a shot of vodka with the champ. I was taking a group photo of his team and family and then out of nowhere my camera was taken from me by camp organizer Timmy and thrown into the pool. 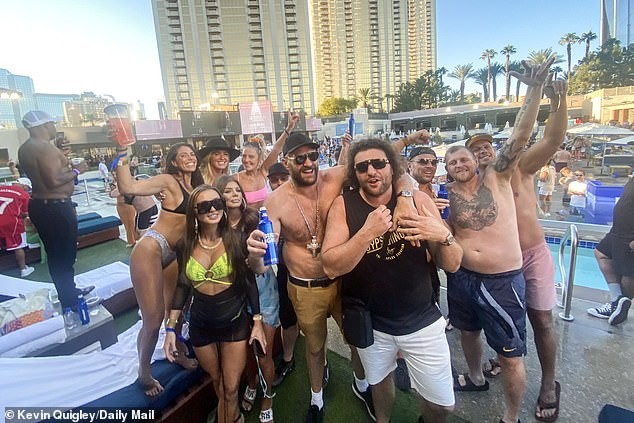 Like I said, it’s all fun in Vegas! And there’s no greater celebration than Tyson’s victory. I was pulled from the pool by one of his team members and Tyson handed me a beer with a smile.

Then his brother Tommy gave me another shot of vodka, while Tyson went back to partying and dancing with his wife Paris.

It was a great, if soggy, day! 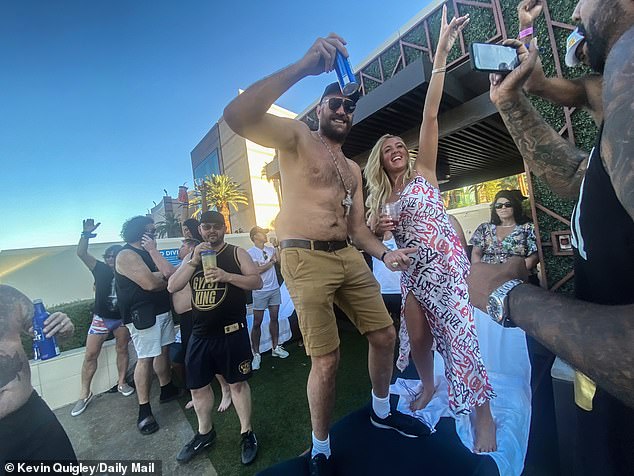