By Carly Stern for Dailymail.com

West Virginia University is the last school to abolish the titles of Homecoming King and Queen, and this year it has named two female students the first-ever “Homecoming Royalty.”

Seniors Raimah Hossain and Kylie A. Parker, both 21, were each crowned with tiaras during Saturday’s football game where the WVU Mountaineers played the Texas Tech Red Raiders.

Speaking to Good Morning America, a school representative explained how the students’ initiative led them to create a more inclusive homecoming court, and the first year was already a success. 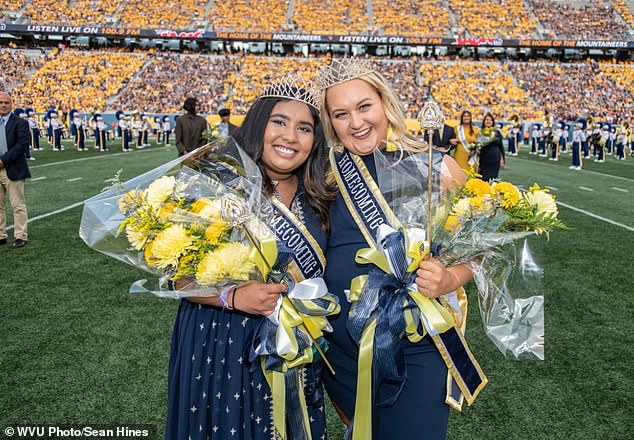 West Virginia University is the last school to abolish the Homecoming King and Queen titles, and this year it has named two female students the first-ever “Homecoming Royalty”

“Some of our students had approached our office to make our homecoming a little more inclusive in nature,” Thahn Le, West Virginia University director of student engagement and leadership, told GMA.

“In previous years we had a king and a queen, but we actually left the gender requirement out there.

“So this year we decided to take it one step further with the students and said, ‘Okay, let’s take out the king and queen all together and let’s move on to the royal royal court before homecoming.'”

The process was similar to in years past, but with no gender requirements or rules, students submitted applications and those who met academic criteria and are involved in camps, were given interviews with teachers and fellow students. 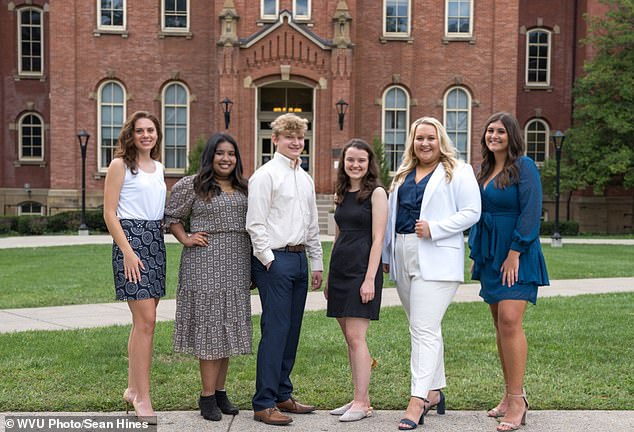 The frontrunners: the applicants eventually ended up in a Homecoming Court of seven people: five women and two men

“We wanted to remove any kind of barriers, whether it’s gender or something else for them to apply,” Le said.

The applicants eventually ended up in a Homecoming Court of seven people: five women and two men.

After the vote, Hossain and Parker were declared the winners.

Hossain is a biomedical engineering student pursuing a history minor, originally from Morgantown, West Virginia, where WVU is located.

She is also the Inclusion Coordinator for the Student Government Association, an Ambassador for the Honors College, a Camp Kesem member at WVU, a Neil S. Bucklew Scholar and Diversity Scholar., a participant in the WVU Summer Undergraduate Research Experience, and was a ‘Say it Loud’ TedxWVU speaker in 2020, according to WVNews. 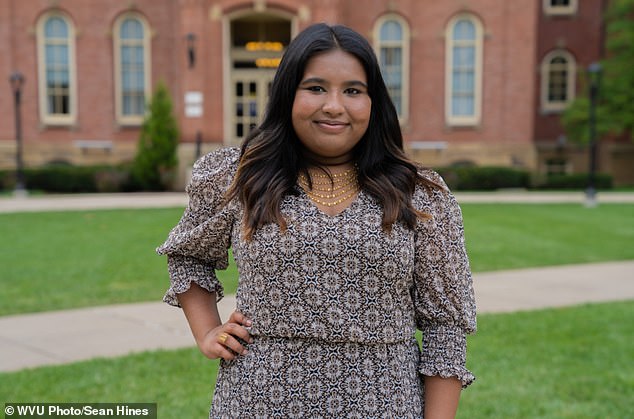 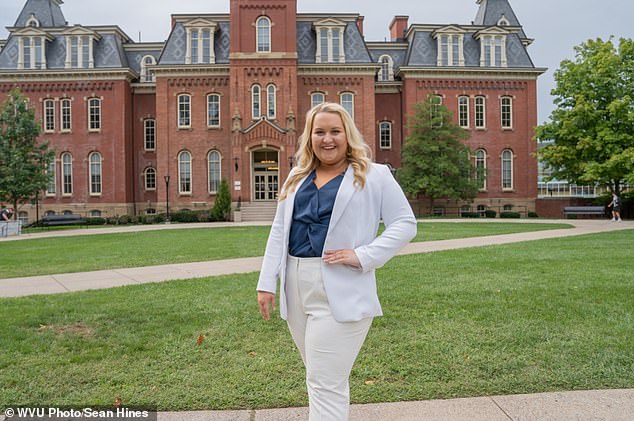 Winner #2: Kylie A. Parker is an exercise physiology major from Wheeling, West Virginia

She is the recipient of the Scholarship of Distinction, Arista Cup (Panhellenic) and has been selected for the Nancy Walton Laurie Leadership Institute.

“I am certainly honored to be able to take this step with WVU towards a more inclusive future for all students,” says Parker.

“I’m so excited to look back in 20 years and represent the beginning of a new tradition that values ​​and embraces all people. Tradition is so important and I am so proud of WVU for taking steps in the right direction.’

Le said the new Homecoming Royalty titles on campus have been well received.

‘miserable and dangerous’: a failed Chinese promise in…

JASON GILLESPIE: I don’t understand the uproar over the drinking…