Shocking video captures the moment a man allegedly attempted to break into a motorcycle shop using a stolen backhoe before fleeing over a railway track while trying to evade police.

Footage shows the 41-year-old man allegedly using the front loader to smash the shop window before pulling two motorcycles onto a hook in West Ipswich in southeastern Queensland around 4am on Friday.

The man reportedly dropped the bikes when police arrived and fled on the backhoe through nearby suburban streets before crossing a railway line. 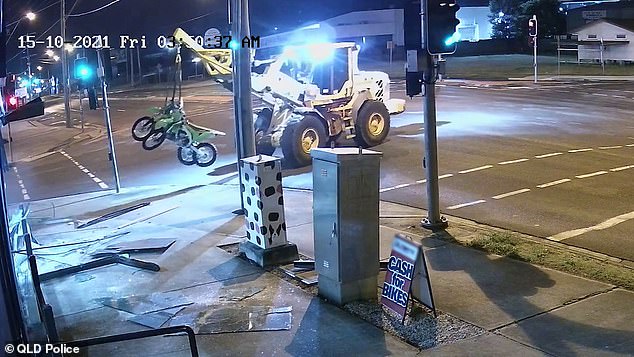 The man is said to have damaged fences and property while driving erratically.

The rail network was shut down during the chase, but police said a stationary train at Ipswich railway station sustained minor damage.

Queensland Police said the excavator then drove through more suburban streets and bushland before the driver stopped at Dinmore train station and fled on foot.

The man was reportedly followed by a police dog brigade and found in tall grass in a creek just before 5 a.m. 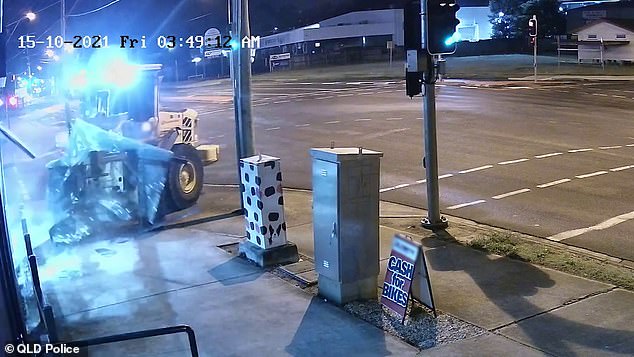 The Dinmore man was arrested and denied bail.

He was due to appear in Ipswich court on Friday, charged with entering buildings and committing a criminal offense to break through.

The man is also charged with dangerously driving a motor vehicle, entering a railroad track, two charges of each unlawful use of a motor vehicle and willful damage and one of obstruction of law and police evasion. 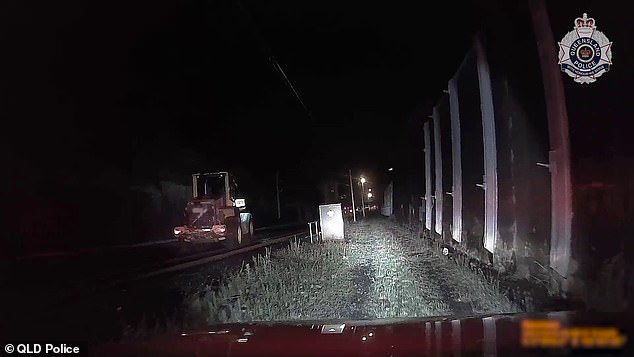 Spiritual Spas and Hotels: These Retreats Help You See the World and Yourself in a New Light