Weapons, drugs and $143,000 in cash seized in mass crackdown on organized crime in Tasmania

Weapons, drugs and $143,000 in cash seized and 20 arrested in mass crackdown on organized crime in Tasmania

Twenty people face criminal charges after illegal weapons, drugs and $143,000 in cash were seized during a state and federal police operation in northern Tasmania.

During the five-week operation, fifteen raids were conducted in which 40 grams of drug ice, 91 ecstasy tablets and four firearms were found.

The Tasmania Police Force and the Australian Federal Police were formed in late August to investigate organized crime networks in the Launceston area.

“The community should be aware that criminal gangs are not innocent clubs,” Tasmania’s Deputy Commissioner Jonathan Higgins said on Wednesday. 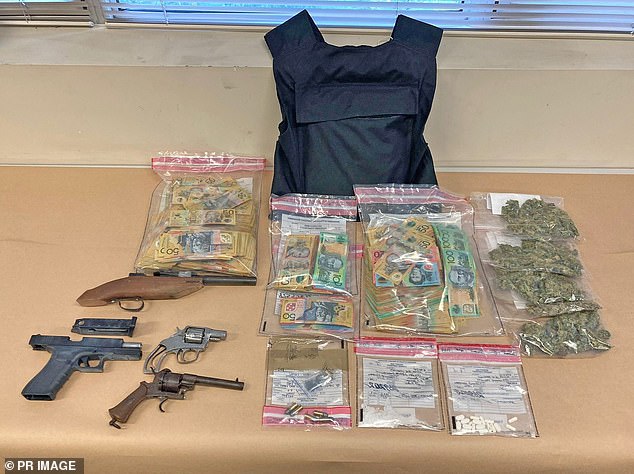 During the five-week operation, fifteen raids were conducted in which 40 grams of drug ice, 91 ecstasy tablets and four firearms were found.

“They are well-organized criminals who readily resort to violence and intimidation to protect their way of life.”

People are also charged with defrauding the Commonwealth of $170,000, violating a consortia notice, house arrest and bail, plus firearms offenses.

“Despite our continued commitment to addressing COVID in our community, police and law enforcement agencies remain equally committed to tackling and holding criminals to account,” Mr Higgins said.

AFP Tasmania Sergeant Nick Gibson said criminal gangs are deeply involved in the importation of illegal drugs and the sale of illegal weapons.

The charges come after two men were caught in late September trying to smuggle more than $4 million worth of drug ice into Tasmania in camping gear.

Victorian Covid cases drop from record to 1420 with 11 deaths