Wagamama becomes the first high street restaurant in the UK to make 50% of its menu vegan with new additions including ‘short rib’ ramen with mushrooms, vegetable ‘chicken’ and chilli squid

By Bridie Pearson-jones For Mailonline

Wagamama has become the first retail chain in the UK to make at least half of its menu vegan.

Ahead of the UN’s COP26 climate conference on Nov. 1, wagamama is urging and encouraging guests to pledge a ‘small choice for big change’ as part of their ‘Plant-Pledge’ campaign encouraging people to cut back on meat and dairy. to eat. 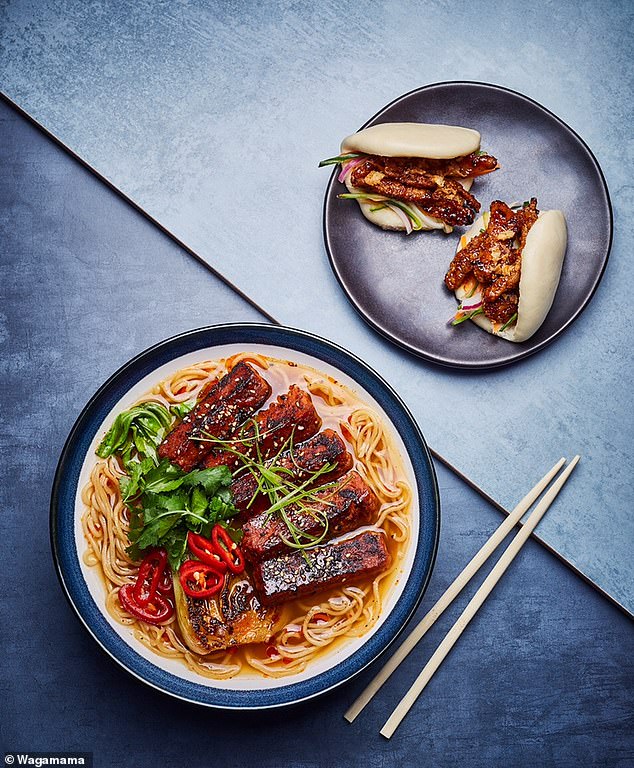 Wagamama has become the first retail chain in the UK to make at least half of its menu vegan. Pictured are their vegetable ribs

Wagamama also offers free vegan side dishes until November – to get guests started on their plant-based journey.

Nearly 8,000 diners have made their pledge and they are hoping for an increase when the new menu launches.

Wagamama supports their 50 percent plant-based menu and will run a TV ad to boost their targeted message, linking plant-based eating to helping the planet.

About their new menu, CEO Thomas Heier told FEMAIL: “This menu launch marks an important moment for us as a company as we officially make our menu 50 percent plant-based. 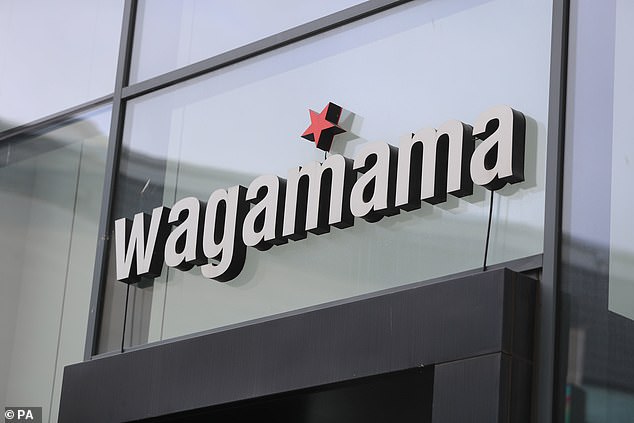 ‘We have made choices, both large and small, to be lighter on our planet.

What is Wagamama’s factory promise?

As part of their ‘2021 Positive Action Plan’, wagamama promised to make half of their menu plant-based by the end of the year. A commitment they will honor three months early when they launch their new fall menu on October 6.

Research has shown that eating a plant-based diet can reduce the amount of land used for agriculture by 76% and greenhouse gas emissions from food by up to 49% (Schiermeier, Eat Less Meat, 2019 + IPCC, Special Report on Climate Change + Ground, 2019)

“We are privileged to have restaurants in most major UK cities, so we feel a real responsibility and a great opportunity to make plant-based food as accessible as possible to all diners, regardless of their dietary preferences.

“We feel passionately that plant-based foods can be just as nutritious and delicious.

“We hope that our new menu will influence a positive spike in our guests’ participation in plant-based menus.”

Friends of the Earth have also supported wagamama’s efforts.

Clare Oxborrow, Senior Sustainability Analyst at Friends of the Earth, told FEMAIL: “It’s great to broaden menus so that plant-based foods are the first option, or a desirable option.

‘The more people realize that there is no compromise and that these dishes are tasty and flavoursome, the more people will want to expand the menu even further.

‘Eating less and better dairy and meat is very important now that we are coping with the climate and natural crises. The Plant Pledge campaign is well placed to dispel the notion that foods that are good for the planet are unappealing, so it’s a welcome one.

“More establishments will see the success of this wagamama initiative, and we encourage them to follow suit by making plant-based options both accessible and crucially tasty.”

American athlete shows off plush beds with REMOTE CONTROL at…

What characters could Disney axe next? Studio announces ‘new…