University Challenge viewers were glued to their screens after a heart-pounding episode in which St John’s College defeated Cambridge University College London by just five points.

The teams were both returned to the second round of the BBC2 quiz show, hosted by Jeremy Paxman, as they achieved the highest losing score, which in some cases exceeds the winning scores in other matches.

The UCL fought for a place in the penultimate second round of the academic program but got off to a slow start, but made a quick comeback towards the end of the show – scoring 120 points in ten minutes.

But in the end Cambridge were the winners, with 175 points from UCL’s 170, and viewers praised the losing team’s performance – calling it the ‘comeback of the century’. 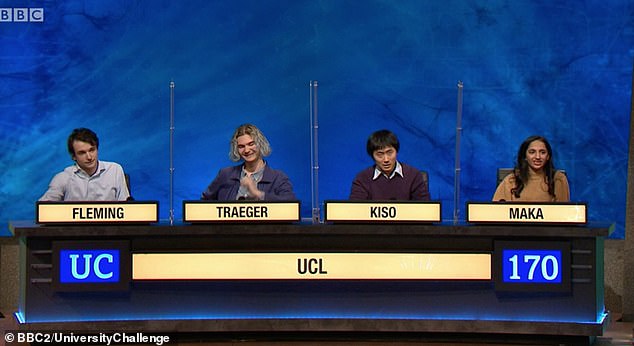 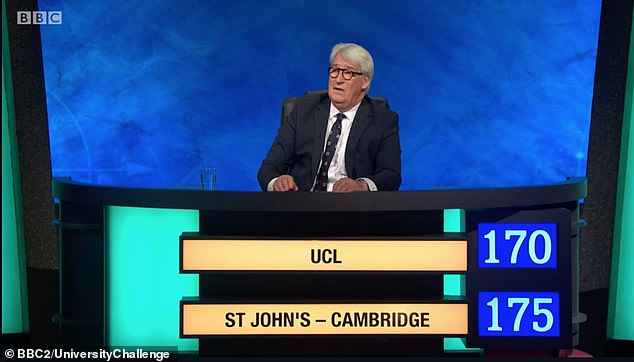 The teams were both returned to the second round of the BBC2 quiz show, hosted by Jeremy Paxman, and Cambridge was the winner, taking 175 points ahead of UCL’s 170 points.

How many Starter For Ten questions can you answer?

Each of these questions is worth 10 points and must be answered by one player without consultation. The team that wins a Starter For Ten then gets three bonus questions, each worth five points.

“Impressed with UCL going from 50 to 170 in minutes #UniversityChallenge,” wrote one viewer.

‘Wow. What a poignant #UniversityChallenge – UCL from 65 to 170 in the closing minutes but lost by 5 points. Well played, good luck! ‘ said another.

A third wrote: “Don’t think the last two minutes of #UniversityChallenge have ever been so tense.”

Comedian and host Richard Osman even took to Twitter to praise both teams after the show, writing: “That has to be one of the best episodes of #UniversityChallenge ever.”

With condolences to the losing team, St John’s College Cambridge said: ‘Well, that was close! Well done to the St John’s #UniversityChallenge team for advancing to the next round just five points ahead of @ucl who were great opponents.”

Viewers including presenter and comedian Richard Osman praised the losing team’s performance, calling it the ‘comeback of the century’

They last appeared in July, where they were beaten by St Hilda’s College Oxford – again by just five points.

The teams were neck and neck during their final episode, with UCL only 10 points behind in the closing minutes of the game. 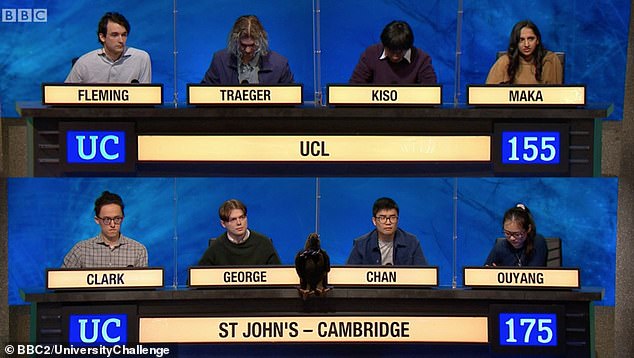 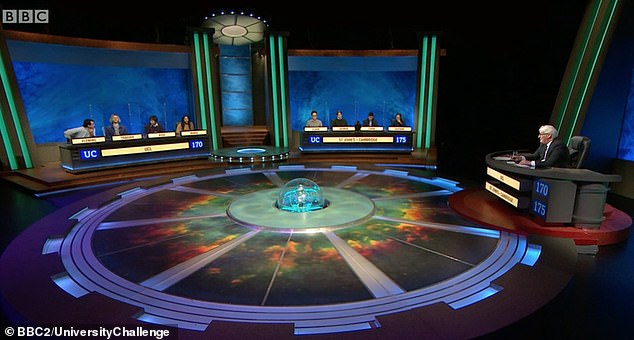 But in the closing seconds of the show, St John’s College defeated Cambridge University College London by 175 points

Despite a late attempt to win, St Hilda’s eventually defeated their opponents by 140 points to 135.

The winning team included Thomas Clark, from the US and Japan, who studies linguistics, Louis George, from Dorset, who studies human, social and political skills, Jonathan Chan, from Cambridge, who studies veterinary medicine, and Kyanna Ouyang, from New Jersey, the natural sciences.

In their final episode, St John’s College Cambridge went up against Imperial College London, losing by 155 points from their 210.

The Lost Daughter FIRST LOOK: Crying Olivia Colman forced to face her troubled past in trailer