The incredible moment when a motorcycle thief is arrested by the police at a traffic light is caught on camera.

Dashcam footage posted to YouTube on October 12 shows the motorcyclist stopping before the traffic lights.

The rider appears to be checking his phone before putting it back in his pocket as a car pulls up behind him.

The doors of the car open and two police officers see him running after him.

The rider only realizes at the last minute that the cops are behind him and he tries to rev up the bike, which seems to be missing number plates, and drive away.

He is stopped when the cops get in his way and grab the bike as it spins, causing the rider to lose control of the handlebars.

The rider leaves the bike on the ground and runs across the intersection while being chased by the police officers as they move out of view of the camera. 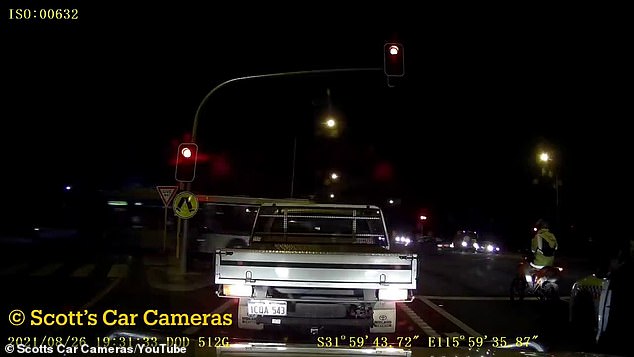 Footage of a motorcycle thief has gone viral online, showing the rider (pictured) stopping at a traffic light before police officers sneak up behind him 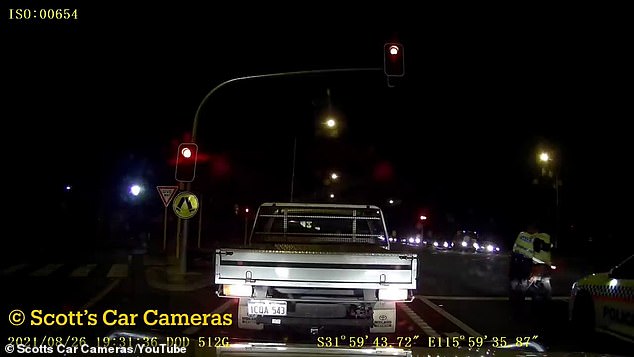 Officers stop the man as he tries to flee (pictured), get in his way and grab the bike, causing it to fall on its side to the ground

When the lights change, the dashcam owner, who is ironically listening to a true crime podcast, turns the camera to the side so viewers can glimpse the motorcyclist arrested on the ground in front of traffic.

As they drive by, the driver yells and says “stolen bike” when they see the rider being arrested.

Viewers of the footage titled “Ride it Like You Stole it” laughed at the thief’s expense and said he got what he deserved.

“Well, I didn’t expect that, a thief who really obeys the rules of the road and traffic lights…what a moron,” wrote one.

“If you ever wanted to see a guy play his jocks, that was it,” commented another. 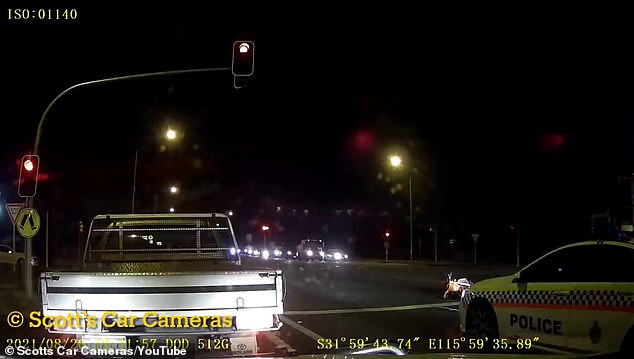 Soap & Glory Hand Food: Is This The Best Hand Cream?