Two men steal $1.2 million worth of jewelry from a 67-year-old man’s car in New York

Moment when two men carjack a jeweler, 67, and steal $1.2 million worth of gems from the trunk of his car on Brooklyn Street

By David Averre For Dailymail.Com

This is when two men stole $1.2 million worth of gems from a Brooklyn jewelry store on Friday afternoon, according to New York Police Department.

The two thieves, whose identities are not yet known, approached the 67-year-old man’s car around 12:30 p.m. on 47th Street near Molly’s Jewelers in Brooklyn’s Borough Park.

The thieves are seen reaching into the car, before ripping open the driver’s side door and threatening the elderly jeweler with a pistol, forcing him to open his suitcase.

They then removed two bags containing an assortment of jewelry before taking off on foot down 47th Street and getting into a black Ford Taurus, which police said had temporary New Jersey plates.

Investigators believe the price tag for the stolen jewelry is close to $1.2 million.

The robbery, which lasted just 30 seconds, took place between 14th and 15th Avenues on 47th Street by Molly’s Jewelers, although it’s not immediately clear whether the victim worked at the store.

The victim told police that the jewelry itself belonged to a Manhattan store, according to ABC News.

The NYPD says the investigation is ongoing, but no arrests have been made yet. 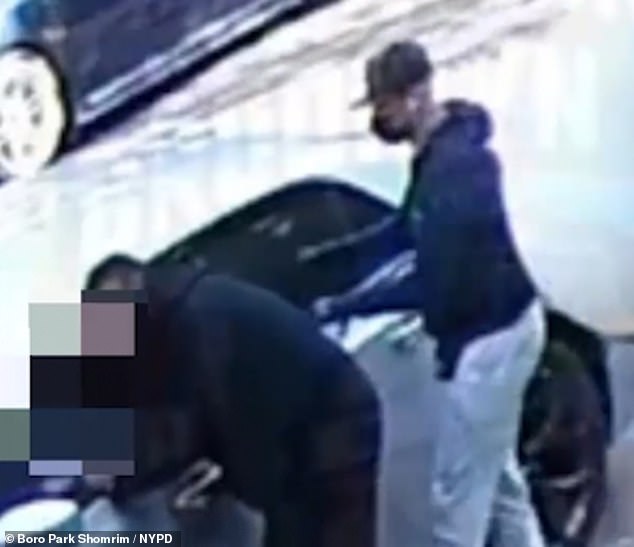 The unidentified men can be seen reaching into the car before tearing open the driver’s side door and physically threatening the elderly jeweler. 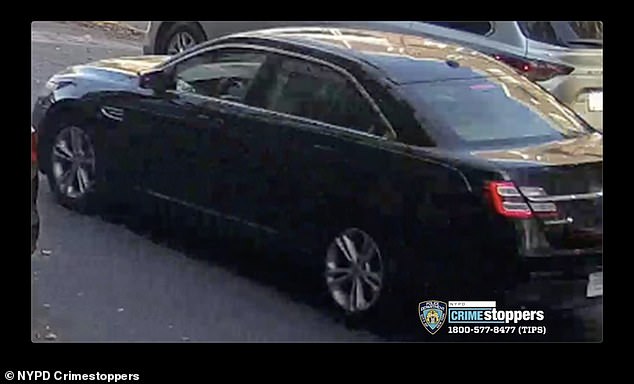 Police said the thieves fled on foot before getting into a black sedan (pictured), which they believe had temporary New Jersey license plates. 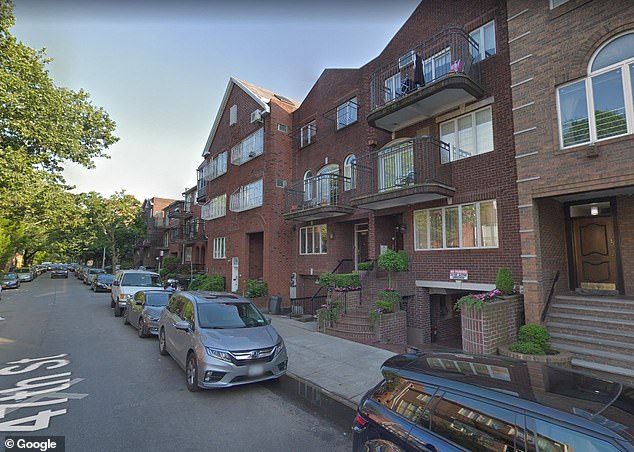 The robbery, which lasted just 30 seconds, took place between 14th and 15th Avenues on 47th Street in Brooklyn, near Molly’s Jewelers (pictured), although it’s not immediately clear whether the victim worked in the store.

The NYPD investigates an armed gang terrorizing Manhattan in a series of jewelry heists, including a shooting at an Upper East Side restaurant in which terrified diners fled after a victim was shot in the leg.

Surveillance footage shows terrified diners in Manhattan involved in the latest brutal robbery, this time at Philippe Chow on the Upper East Side after 10 p.m. on Wednesday, when two masked gunmen attempted to rob two men of their Rolex watches.

They stole a man’s Rolex watch and shot a 28-year-old man in the leg on a first date as he tried to grab the robber’s weapon.

Detective Chief James Essig said police are looking for three suspects who drove away in a black SUV.

The NYPD is still hunting thieves they believe may have been responsible for a couple of recent jewelry thefts in Manhattan that may be related. 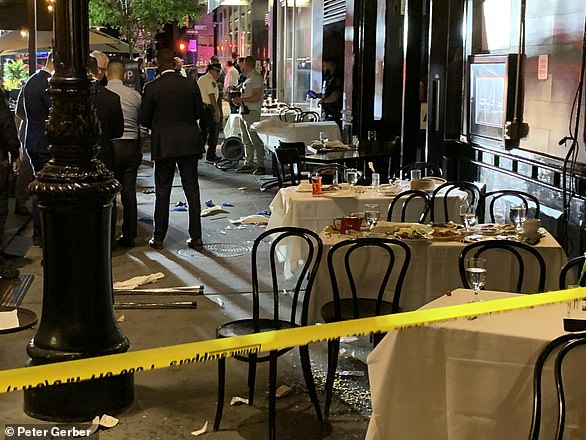 Police said a 28-year-old man identified as Melchior Cooke was dining outside Philippe Chow when an armed man stepped to his table minutes after 10 p.m. and demanded his watch. He was shot in the leg as he wrestled the gun from the robber. At the same time, a 31-year-old man was approached in the restaurant and robbed of his Rolex stainless steel Submariner watch

‘I got fat’: Ed Sheeran says he gained weight by consuming huge portions in America