By Jonathan Rose for Mailonline

A video circulating on social media today appears to show two men armed with batons ‘impersonating police officers’ and attempting to break into a woman’s home in east London.

Police were called to a housing block in The Shaftesburys, Barking at 6:51pm on Tuesday, October 12.

A woman reported that two men had visited her address who claimed to be police officers. 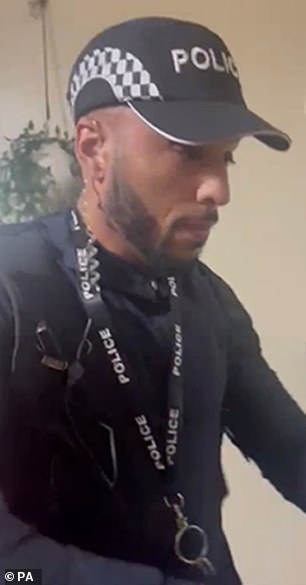 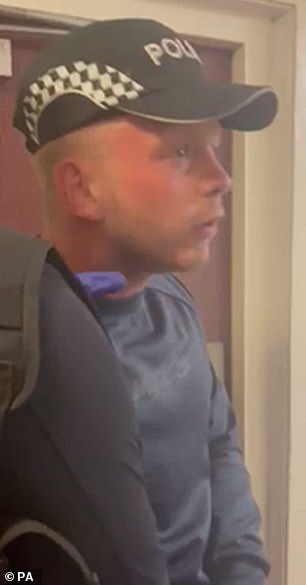 They were dressed in crude uniforms, including caps, armor and batons, and said they were there to search the property.

The two men were initially let in before residents became suspicious and asked for their identification which they were unable to show.

After being further challenged, the suspects left the address. They were followed and fled towards Abbey Road.

Officers went to the scene and searched the area, but the men could not be found.

It is not believed that anything was stolen from the address and there are no reports of physical injuries.

An investigation is underway. No arrests have been made at this time.

Police would like to speak to the two men in the photo and ask anyone with information that can help to call 101 ref CAD 6640/12 Oct.

Information may be given anonymously to Crimestoppers on 0800 555 111 or through crimestoppers-uk.org.

Unfortunately, there have been instances where fraudsters impersonated police officers, both in person and on the phone, to trick people into giving them personal information and defrauding them of money.

If an officer contacts you personally, they will show you their police warrant card. This is proof of their identity and authority.

If you’re not sure if the person you’re dealing with is a real police officer – stop – and call the police on 101 to verify their identity.

Manchester sex offender, 51, who wore women upskirts while waiting for train, is…