By Eliza Mcphee and Olivia Day for Daily Mail Australia

Two executives at one of Australia’s top accounting firms have been fired after performing ‘racist’ skits at a business critical night.

One PwC employee dressed up as a “bat from Wuhan,” while another made fun of Chinese accents at the in-house event late last month.

A question in the trivia asked players to choose which company represented communism, with the answer being Chinese tech company Huawei.

An internal investigation into two employees of the human resources department shows that ‘people are stepping out of their positions’. 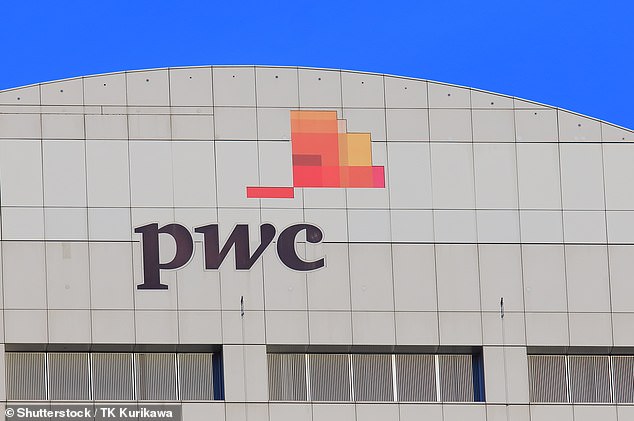 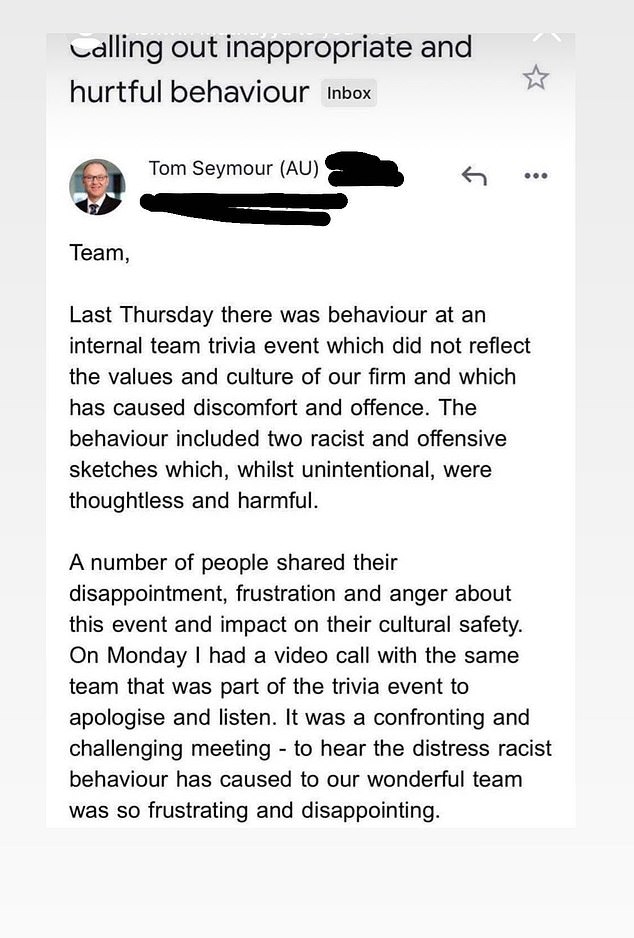 Chief Executive Tom Seymour told The Australian that the company’s People and Ethical Conduct Panel will investigate the issue of “financial sanctions” to those who attended or hosted the trivia but failed to come forward.

The incidents prompted the chief executive to apologize to all staff and address those who attended the trivia night directly.

A leaked email sent to staff after the incident has been circulating online ever since.

“Last Thursday there was behavior during an internal team trivia event that was inconsistent with our company’s values ​​and culture and caused inconvenience and insult,” Mr Seymour previously told the Daily Mail Australia.

The behavior included two racist and insulting sketches which, while unintentional, were thoughtless and harmful.

“A number of people shared their disappointment, frustration and anger at this event. On behalf of the entire PwC team, I am extremely disappointed that this incident has happened.’

The online trivia was held for the company’s national infrastructure division and was organized to boost morale in the workplace.

The company became aware of the incident on Friday before Instagram page The Aussie Corporate shared posts from staff on Saturday. 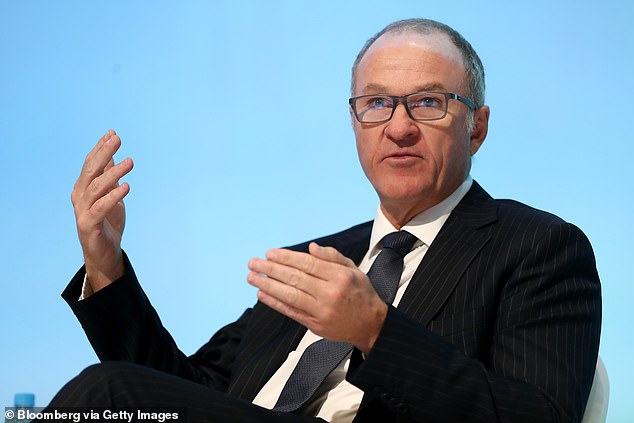 The incidents prompted Chief Executive Tom Seymour (pictured) to apologize this week to all staff and address those on the trivia call directly. 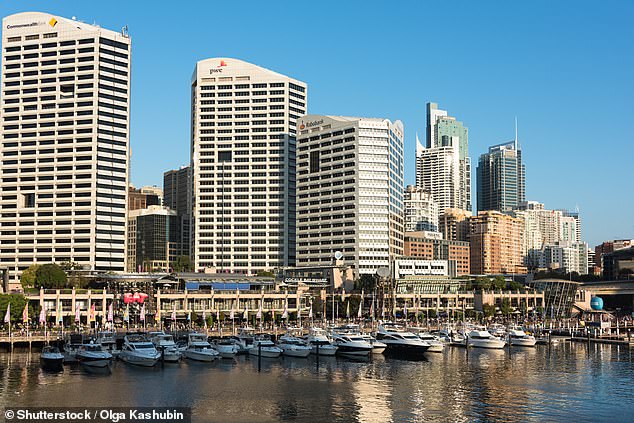 One person wrote on the social media page: “They dressed up as bats from Wuhan and made fun of Chinese accents.”

Seymour said the behavior was “unacceptable” and “shouldn’t have happened,” adding that the event fueled the need for “deep reflections” for PwC as a company.

After several webcasts with staff this week, the CEO has pledged to do an assessment of the company “inside and out” next week.

The ‘work program’ will focus on the inclusion of people from diverse cultural backgrounds via webcast to better understand their experiences.

Mr Seymour said the assessment will determine how much work needs to be done to strengthen the company’s culture of belonging and inclusion.

“Discrimination or exclusionary behavior of any kind is completely against our values ​​at PwC Australia,” he said.

Just under half of PwC’s staff has a non-European background.

“Last Thursday there was behavior during an internal team trivia event that was inconsistent with our company’s values ​​and culture and caused discomfort and insult. The behavior included two racist and insulting sketches that, while unintentional, were thoughtless and harmful.

A number of people shared their disappointment, frustration and anger at this event. Monday I had a video call with the same team that was part of the trivia event to apologize and listen. On behalf of the entire team at PwC, I am extremely disappointed that this incident has happened.

This incident is being investigated by our People and Ethical Conduct Panel and we have shared communications with our partners and employees to remind them to consider how our behavior may affect others. Simply put, our question is that our people put themselves in other people’s shoes.

I am extremely disappointed that we did not live up to the standard we hold ourselves to. One of the best aspects of my career at PwC has been the opportunity to work with colleagues from all backgrounds, cultures and beliefs.

We want to be an inclusive and caring organization. We have to work harder to achieve this goal.’

Climber dies after fall in indoor climbing hall in Sydney