By Nik Simon for the Daily Mail

Twickenham’s transport measures have come under closer scrutiny after roads were closed for three hours on Saturday evening following a nasty collision.

Two supporters were hit by a car on Rugby Road, close to the stadium gates, and treated at the scene before being taken to hospital.

The road was closed earlier in the day to allow spectators to safely walk away from the ground after the game. 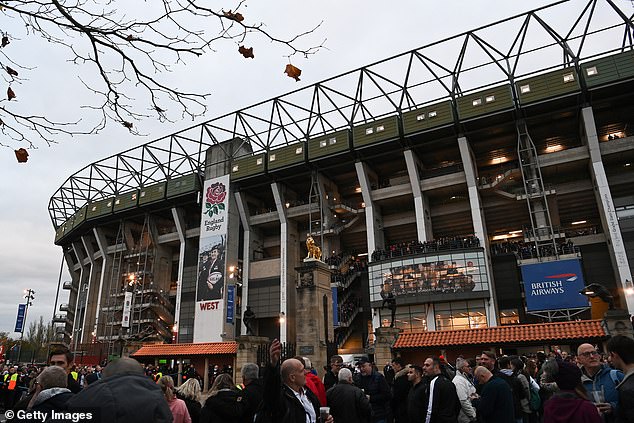 Two supporters were hit by a car on Rugby Road, close to the stadium gates, on Saturday night

Based on CCTV footage used to monitor the crowds as far as Twickenham station, the roads were deemed safe to reopen 70 minutes after the final whistle at 8.35pm. Stadium bars remained open until 9.35pm and the clash happened at 9.55pm when all remaining supporters were asked to leave by security.

The injuries are not life-threatening, a spokesman for the Metropolitan Police said.

The RFU hold a debriefing after each match and have no plans to change their operations at Twickenham as the incident is being treated as a road accident.

Last week councilors called for a meeting with the RFU following hours of bottlenecks at Twickenham station following the autumn opener against Tonga, although station access on Saturday was judged to be better.