Tory Sir Peter Bottomley calls for MPs to pay more than £100,000 a year

A Conservative politician has claimed newer MPs are being left in a ‘desperately difficult’ situation because of their £82,000-a-year pay package.

Tory stalwart Sir Peter Bottomley says he’s not sure how MPs ‘manage’ with the current salary – which is about £50,000 a year higher than the UK average.

Worthing West’s representative, whose wife Virginia is a Tory colleague and former government minister, has called on MPs to pay more than £100,000 a year.

The 77-year-old, who holds the title ‘Father of the House of Commons’ as the current longest-serving MP, says such a salary will align politicians with GPs. 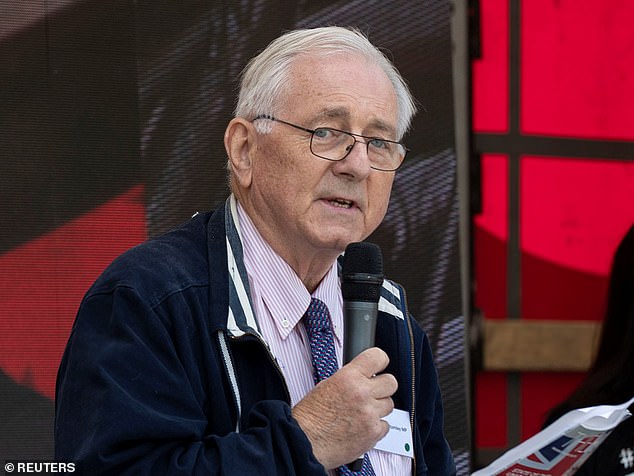 Tory stalwart Sir Peter Bottomley (pictured) says he’s not sure how MPs ‘manage’ with current salary – which is around £50,000 a year higher than the UK average

What are MPs entitled to?

– An increased salary for appointments such as ministerial roles

– Expenses to cover the cost of work-related expenses

– MPs are entitled to £9,000 a year for postage and stationery

– They also receive allowances to live somewhere in London and in their constituency.

– MPs can also reclaim travel expenses between Parliament and their constituency

“It’s never the right time, but if your MP isn’t worth the money, it’s better to change the MP than the money.”

While he said he’s not struggling financially right now, he believes the situation is “desperately difficult” for his newer colleagues.

He added: “I don’t know how they manage it. It’s really grim.’

Each of the UK’s 650 MPs is paid a standard salary of £81,932 a year. Those who fill positions such as in the Cabinet will receive a higher salary, including the Prime Minister, who earns £157,372.

In addition, MPs receive expenses to cover work-related costs. These include office costs, personnel costs and reimbursements for travel expenses.

They also receive a pension of 1/40th or 1/50th of their last retirement salary for each year, depending on their preference.

The average GP salary, meanwhile, is around £98,000 a year. General practitioners require a 5-year medical degree, recognized by the General Medical Council, as well as a 2-year basic general training and a 3-year specialist GP training. 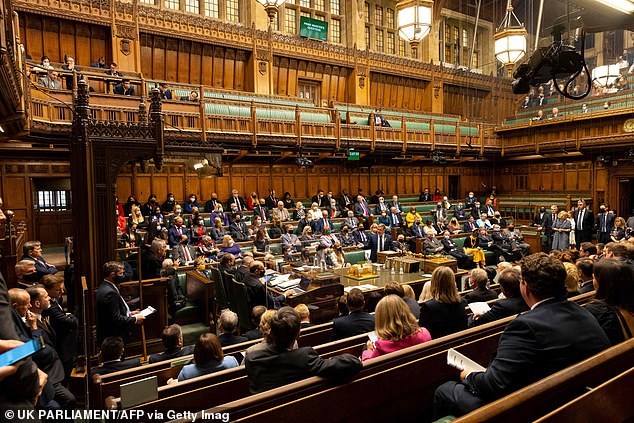 Each of the UK’s 650 MPs is paid a standard salary of £81,932 a year. Those with positions like in the Cabinet get a higher salary, including the Prime Minister, who earns £157,372

MPs do not need any qualifications, although many MPs have university degrees and other qualifications acquired in careers before entering politics.

Sir Peter, for example, studied economics at Cambridge University before being elected Conservative MP for Woolwich West in 1975.

He held the seat, later changed to Eltham, until 1997, before being elected to the West Worthing seat – which he still holds today.

Sir Peter is married to Baroness Bottomley of Nettlestone, Virginia Bottomley, who served as Secretary of State for National Heritage in the government of John Major.

His comments come as the surge in universal credit ended yesterday, despite calls for it to be extended.

The £20 a week raise was brought in to help families struggling during the coronavirus pandemic and lockdowns.

It means couples over 25 who claim Universal Credit from this month will be getting £509.91 a month – the equivalent of around £6,000 a year. Young people under 25 and single people receive even less.

People can, if they qualify, claim more money on top of the standard supplement.

The £20 a week increase in Universal Credit introduced to help people during the pandemic was withdrawn yesterday.

The government says the increase was always intended as a temporary measure, despite widespread criticism of the decision not to go ahead with it after October 6.

Campaigners struck, claiming that hundreds of thousands of people will be plunged into poverty once aid is withdrawn.

Save the Children, one of several charities, think tanks and unions opposing the decision, has said a child will be affected every second.

From October 6, there will be no more assessment, which means that from October 13 – a week later – no payments that include the extra money will be received.

It comes after a report published earlier this year revealed that Universal Credit could serve as a ‘disincentive’ from working, as some end up being just £3.29 an hour better off than choosing to live on benefits.

The report, by Baroness Ruby McGregor-Smith, said that once the costs of childcare, transport, work clothes and lunches are taken into account, little is left of it, according to the Telegraph.

The benefits are spread over 31 days as families receive payments on different dates, Save the Children said.

According to government figures, just over 3.5 million children in the UK live in households receiving UC payments.

This equates to 1.3 children affected by the cut every second on average over the 31-day period starting Oct. 13, Save the Children said.

Gwen Hines, chief executive of Save the Children, said the future of children depends on the government’s reinstatement of the lifeline.

She said: ‘The next month will see every second that passes push another child into poverty.

‘People we work with tell us they’ve relied on this £20 lifeline to buy essentials such as food and clothing for themselves and their children.

“Without it, tens of thousands more children will face a cold and hungry winter.”

She added that it was “astonishing” that the austerity has continued as families struggle with inflation, rising energy prices, fuel shortages and promised tax hikes.

A government spokesman said: “We have always made it clear that the increase in Universal Credit was temporary.

“It was designed to help claimants through the economic shock and financial disruption of the worst stages of the pandemic, and it has succeeded.

“Universal Credit will continue to provide vital support to both those in and out of work and it is good that the Government is focusing on our plan for jobs, getting people back into work and supporting those already employed to make progress and more.” to earn.’