The Grain Thai in Eastwood, Sydney, has raised the alarm over the circulating counterfeit $50 . notes

Can you spot the fake? Urgent warning over counterfeit $50 notes in circulation in Sydney

There are allegedly counterfeit $50 counterfeit bills in circulation in Sydney’s northwest.

The Grain Thai in Eastwood raised the alarm after receiving the fake note on Sunday.

The staff at the time were too busy to notice the counterfeit bill and only realized the counterfeit money at the end of the evening while counting the restaurant’s closing balance.

“Hello everyone, last night we got a fake note from a customer. We were very busy, so the waitress didn’t realize it was fake,” an employee wrote on Facebook. 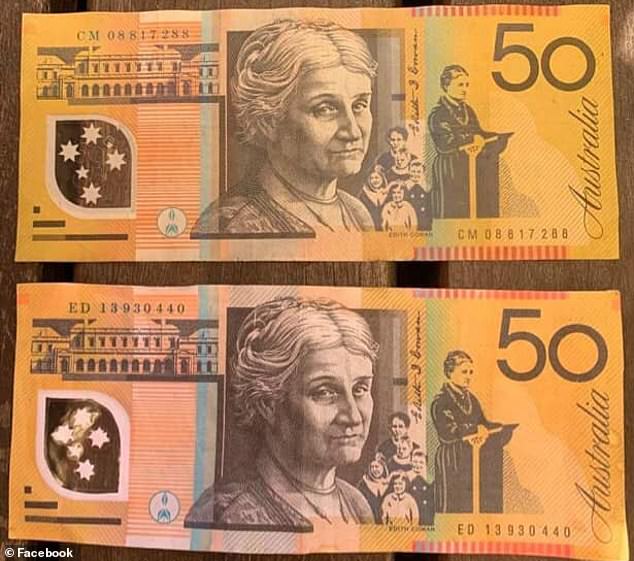 “After closing the balance we found out it’s not a good fake, but while we were at it we missed it…so we thought we should share it with you so the other restaurants know about it.” ‘

Included next to the message was an image of the fake note that looked almost legit except for a minor detail.

The clear window of the note appears to be obscured with hand-drawn stars and lacks the denomination value of the note. 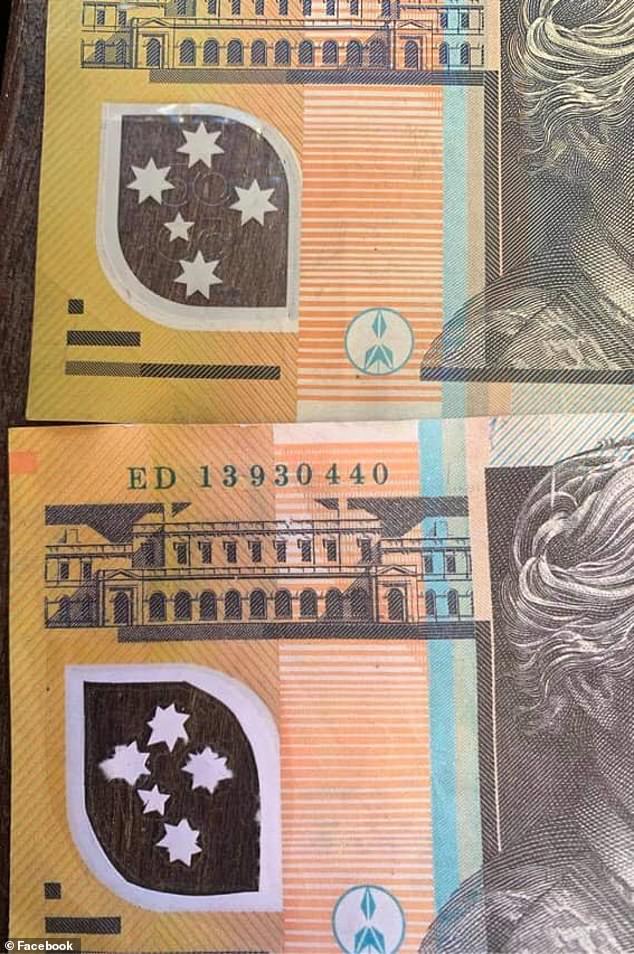 The counterfeit note looked almost legit, part of the darkened window and the hand-drawn stars (photo)

NSW Police confirmed they were aware of reports that a counterfeit bill had been given to a business in Eastwood and are investigating following the seizure of the counterfeit bill.

“Police are encouraging business owners and their employees to be vigilant and take extra care when accepting banknote payments,” the statement said.

“They should familiarize themselves with all the security features of Australian currency.”

Genuine $50 notes from the first polymer series feature a seven-pointed star and the Australian coat of arms, as well as a clear window, which is part of the banknote.

Edith Cowan, the first Australian woman to serve as an MP, and David Unaipon, a famous Indigenous author and inventor, are the two faces on the notes.

In 2016, the Reserve Bank of Australia began issuing new banknotes with enhanced security features to reduce the capacity of counterfeiters to make copies.

Since the introduction of the new banknotes, the percentage of counterfeiting per million has more than halved.

According to the Reserve Bank of Australia, counterfeiting in Australia is low by international standards.

Anyone with information about the production or purchase of counterfeit notes is requested to contact the police on 131 444 or Crime Stoppers anonymously on 1800 333 000.

WHAT TO DO IF YOU RECEIVE A FAKE COMMENT:

It is a crime to knowingly possess counterfeit banknotes

If you come into contact with a note that you suspect is counterfeit, take the following steps:

1. Handle the suspicious banknote as little as possible and keep it in an envelope.

2. Write down all relevant information, such as how it came into your possession.

3. Immediately report the matter to the state or federal police.

Ways to check if a bill is genuine by looking at the transparent strip inside the bill:

Tilt the bill to see the bird’s wings move and change color, and the number changes direction

The Reserve Bank of Australia has the comprehensive list of security features for each note here: https://www.banknotes.rba.gov.au/counterfeit-detection/list-of-security-features/