Tess Daly, 52, is putting her modeling skills to good use by posing in a chic navy blue velvet suit and leopard print jacket as she reveals her collaboration with Biba.

By Gabriella Ferlita For Mailonline

She is said to have scouted outside of McDonalds in her teens, before pursuing her first modeling job in Tokyo.

And Tess Daly put her modeling skills to good use once again when she shared a series of stunning images for her latest collaboration with fashion brand Biba.

The television host, 52, looked quintessentially stylish in a selection of items from her 31-piece collection, wearing a navy blue velvet suit in one image and a leopard-print trench coat in another. 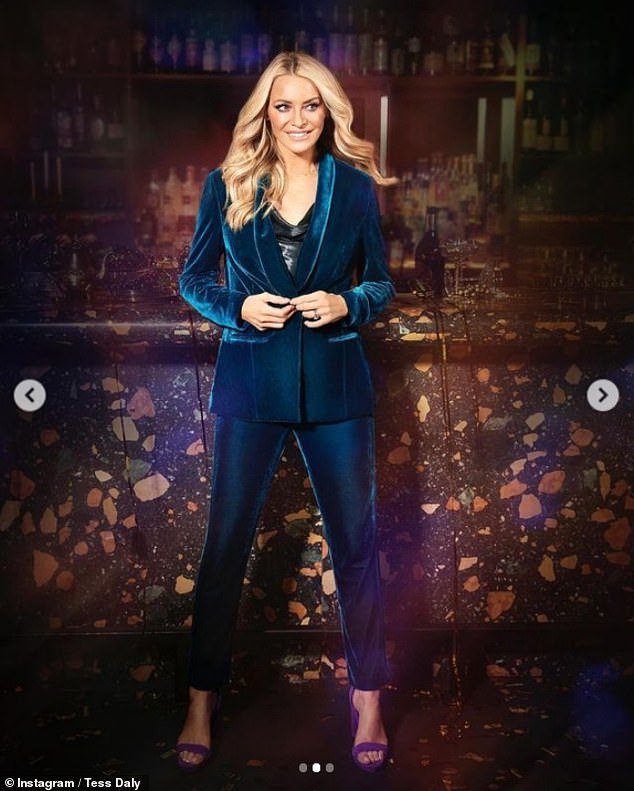 Wow! Tess Daly put her modeling skills to good use again when she shared a series of stunning photos for her Biba X Tess Daly collaboration, wearing a navy blue velvet trouser suit

Tess stood tall in the midnight blue ensemble and posed for the stylish image in a pair of purple heeled sandals.

The star capitalized on her blonde ambition, bringing her luscious locks into glamorous waves that were swept in the wind. 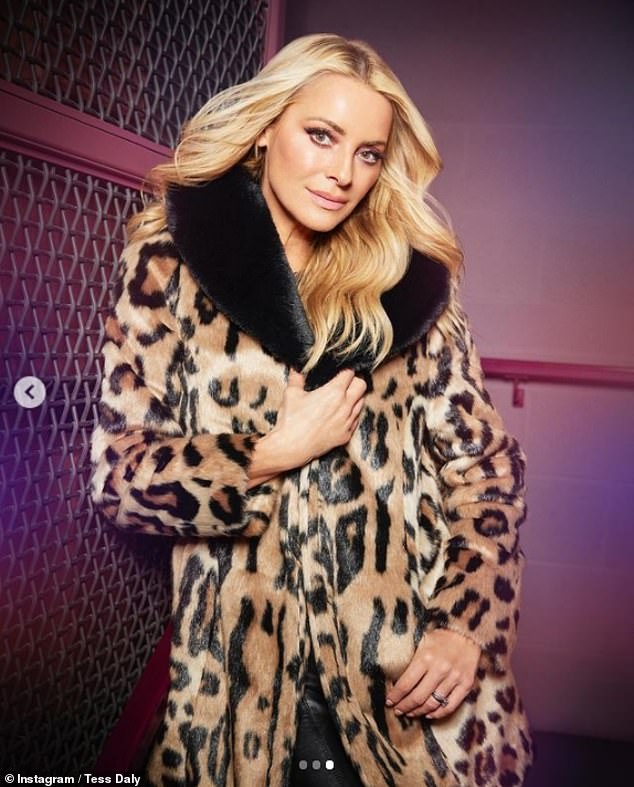 Stunning: The TV host looked quintessentially stylish in her AW21 pieces, with a leopard print trench coat in another image

Her stylish collaboration with the London fashion brand comes as Tess recently shared a photo of herself and husband Vernon Kay, 47, from the early days of their marriage.

The pair appeared enamored and fresh in the picture as they posed next to actor Antony Cotton, 46, with Tess writing that she was expecting her eldest daughter Phoebe at the time.

She captioned the image: ‘Flashback to these young things! Who would have thought that in a few weeks I would be pregnant with my oldest who is 17! Time flies.’ 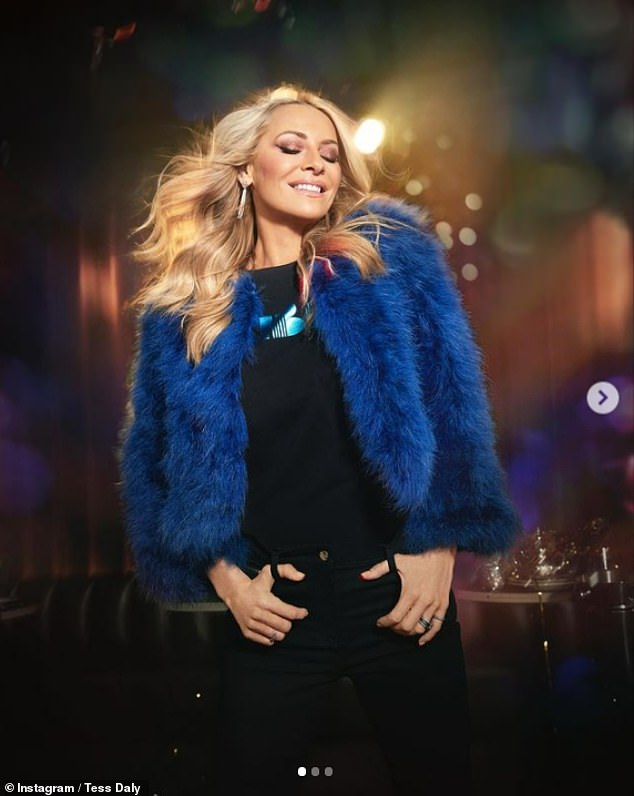 Blonde ambition: In another photo, the Strictly Come Dancing co-host tucked her fingers into her belt loops as she stared down, wearing an electric blue fuzzy jacket 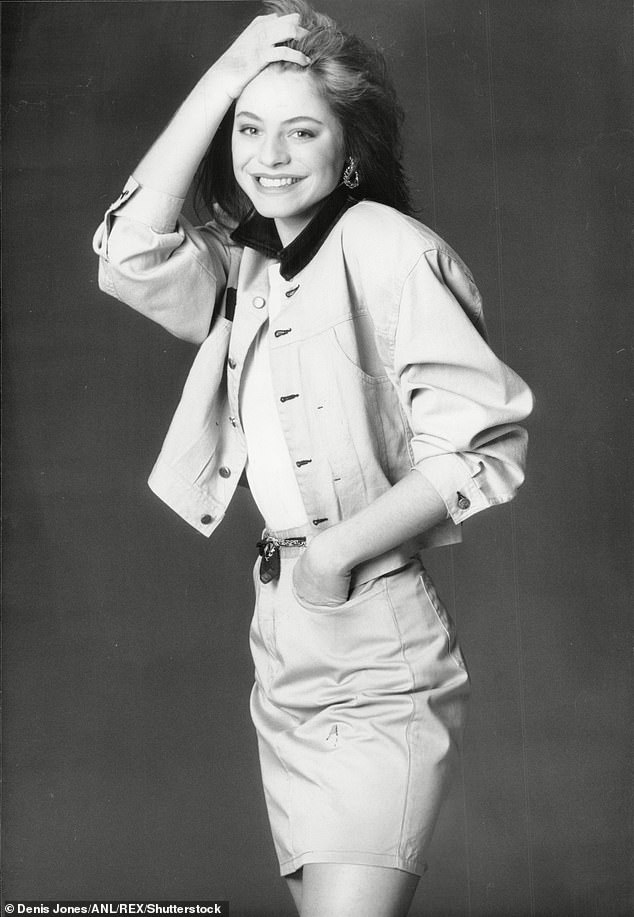 A natural talent! She is said to have scouted outside of McDonalds in her teens, before pursuing her first modeling job in Tokyo. Pictured in 1989 at age 20

At the time, Vernon was a presenter on Channel 4’s T4 and Tess presented SMTV on ITV on a Saturday morning.

The couple started dating shortly after meeting on T4, with Tess telling Digital Spy about their relationship earlier.

“It was all very direct, actually, because we had so much fun together right away.

“I couldn’t imagine having more fun with anyone else. It was pretty explosive, I tell you.’ 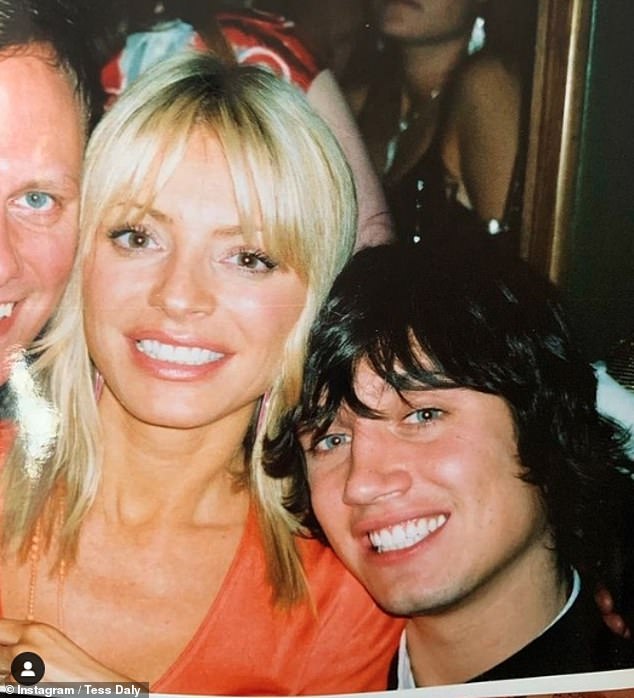 Lief: Her partnership with the fashion brand comes as Tess recently shared a throwback of herself and her husband Vernon Kay (right), from the early days of their marriage 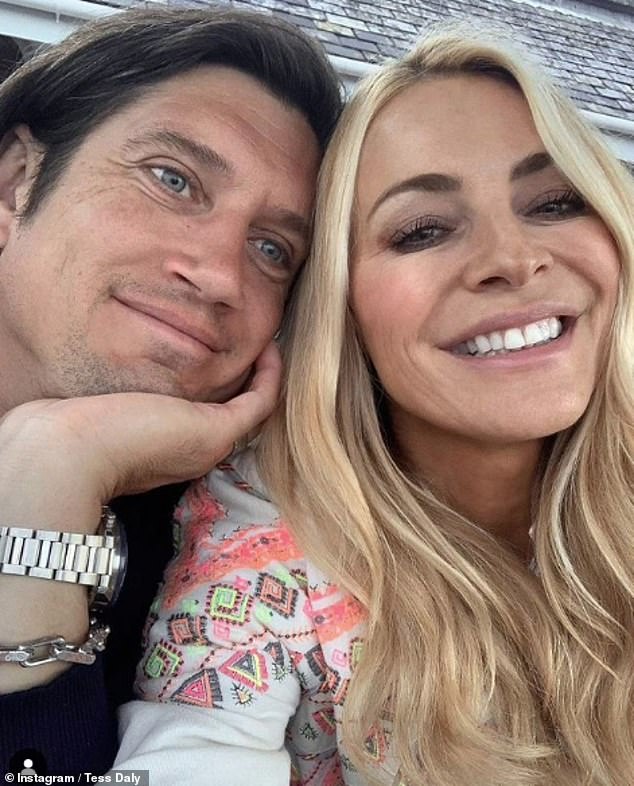 Cheryl thanks fans for ‘amazing night’ at Mighty Hoopla and admits ‘a lot has happened in-between!’