Go, go… away! Stunning photos appear to show man loading MOON into his trunk in a stunt that took two years to plan

This is the incredible moment when a man seemed to grab the moon before loading it into the trunk of his car.

Stunning photos taken by photographer Cris Froese, 41, of Poland, appear to show the man using both hands to push the moon into the back of his vehicle while standing on a hill.

He then closes the trunk door and prepares to drive away from the scene – taking the moon with him.

The series of photos, titled ‘Stealing the moon’, took about two years, according to Mr. Froese, and was taken with a Nikon D750 camera. 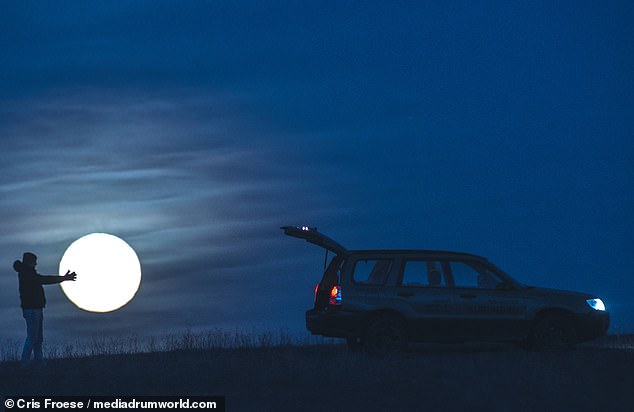 Stunning photos taken by photographer Cris Froese, 41, from Poland, show the man grabbing the moon with both hands 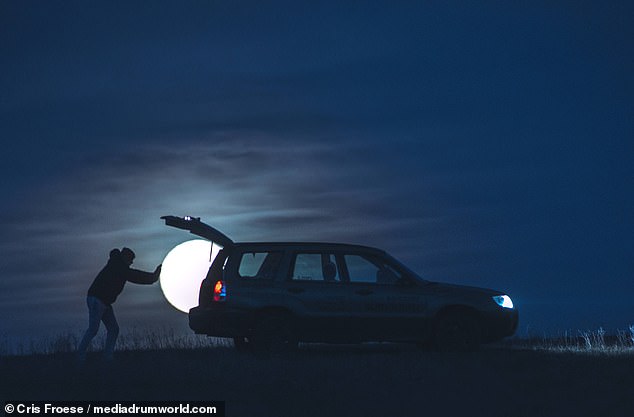 The man, standing on top of a hill, then seems to push the moon into the trunk of his car

He said: ‘I planned this photo for about two years before the night it was taken.

“I didn’t believe it would work as well as it did, but when we got the car – a Subaru Forester – and tuned it for the moon, I knew it was going to be something special.

“I didn’t have much time to take the pictures and was on the phone with the man in the car so I could tell him what to do.

“I had this idea for a long time and was inspired by the places I go and what I could do in each location.”

Mr Froese, who likes a style of shooting known as magical realism, said that while aligning the car with the moon was difficult, he was happy with the way the photo was received.

He added: ‘I am very happy that the photo has become so popular. 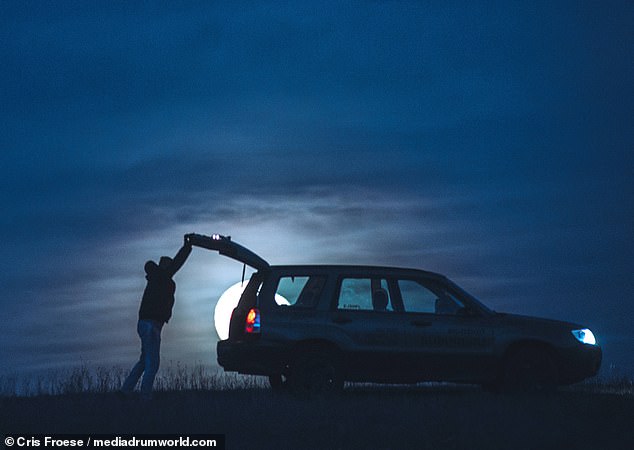 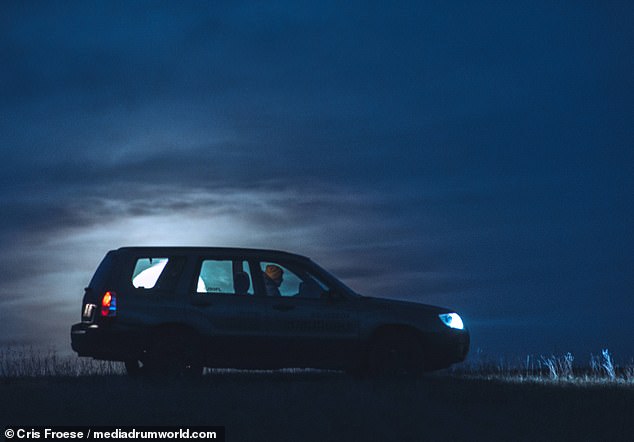 “It was quite difficult to get everything lined up because of the distance between the camera and the car, which was about 650 feet.

‘Because it was night, I could barely see the subject through the lens, making it very difficult to focus.

“When I was done shooting, I called my wife Kasia and said, ‘Honey, I’m coming home, I’ve got the picture for you.’ 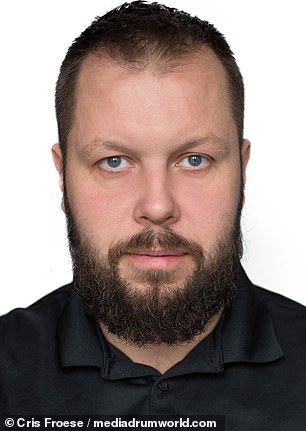 Chris Froese, 41, from Poland said it took about two years to prepare the photos

On his website, the photographer describes his photography as ‘in the real world but often at unreal times’.

He writes: ‘As long as I can remember, I have been fascinated by our neighborhood.

‘Ever as a child I liked to go hiking and cycling with my friends.

‘I’ve never been interested in itineraries drawn by someone else, whether in tourism or in art and photography.

‘That’s my job. It takes place in the real world, but often at unreal times or in unreal weather conditions. On the edge of reality you could say.

‘I never set boundaries or restrictions on myself. I do what I feel like.’

He adds: ‘The most important thing for me is to be in these unusual places, soak up the atmosphere, take a break from everyday life, dream. And then these dreams flow into my work.’

In 2019, photographer Diana Badmaeva was able to snap photos of her husband who appeared to be charging the sun into the back of his car in Arshad, Russia.

She said she only had a few minutes to capture the scene because of the speed at which the sun was setting on the horizon.

More than 80,000 homes are without power as killer Storm Arwen batters UK