A French artist has created an incredible camouflaged boat that masquerades as a floating rock.

Julien Berthier, 46, of Paris, used mainly polystyrene and epoxy resin to transform an old ship into what appears to be a rock formation detached from the coast around Marseille, France.

Mind-boggling footage shot in June shows the boat — aptly named “L’invisible” or “The Invisible” — sailing into the Mediterranean as onlookers record the ship on their phones in amazement. 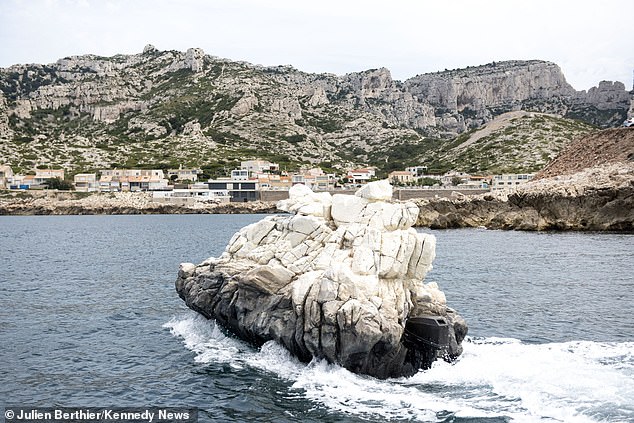 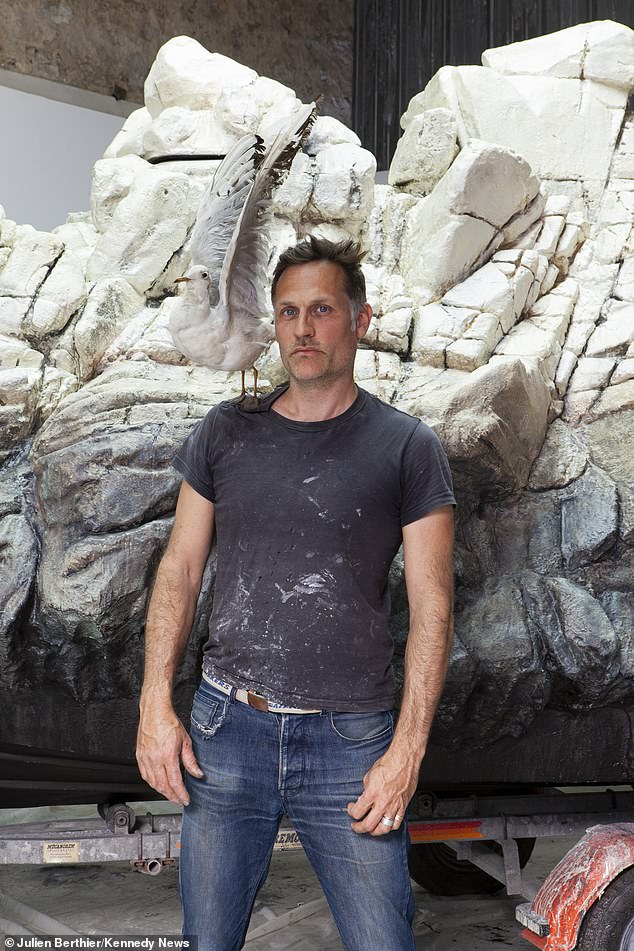 Julien Berthier (pictured), 46, from Paris, turned an old ship into what appears to be a rock formation detached from the coast around Marseille, France 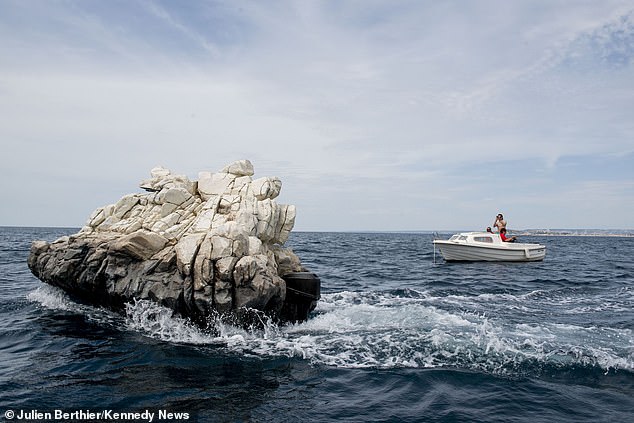 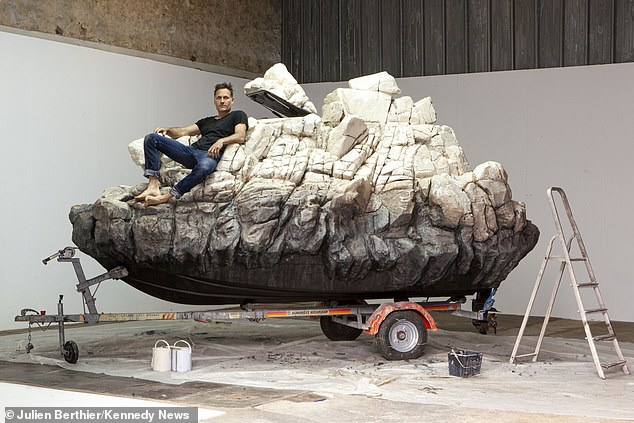 Mr Berthier poses on top of his creation L’invisble, which he completed in June of this year

Mr Berthier is known for his bizarre creations, he created a ‘permanently sinking boat’ in 2010 which was a fully operational vessel despite appearing to be half sunken in the water.

His latest project started in September 2020, but due to Covid restrictions, the six weeks of solid work was cut short, meaning the boat wasn’t launched until June this year.

The artist, from Paris, said: ‘I wanted to create something that intruded as little as possible into the landscape.

“As an artist these days it can all be about being as loud as possible, standing out as much as possible on Instagram and social media. 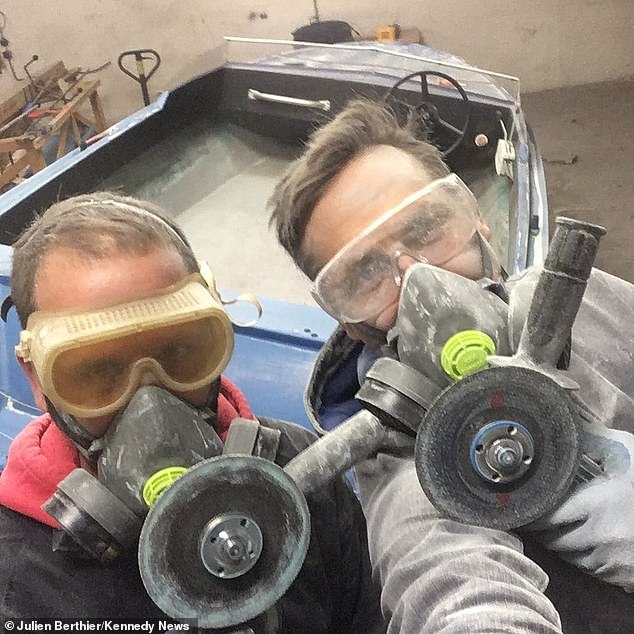 Mr Berthier (right) with Thomas Mailaender, who helped him turn an old ship (pictured) into the camouflaged L’invisible 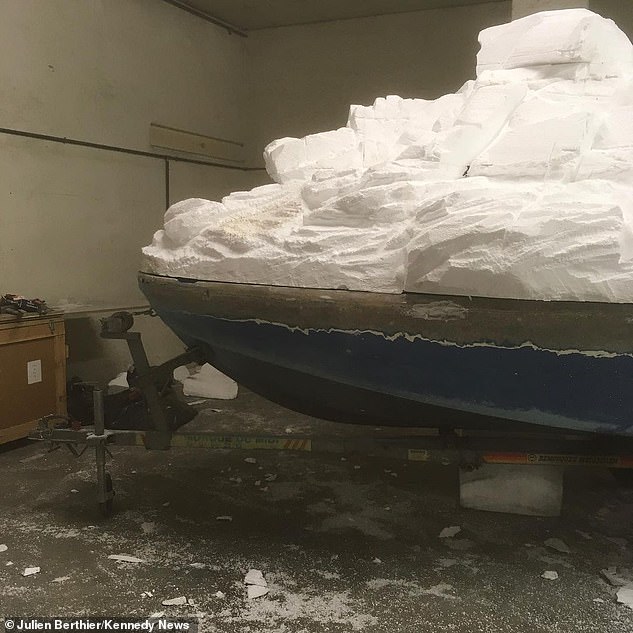 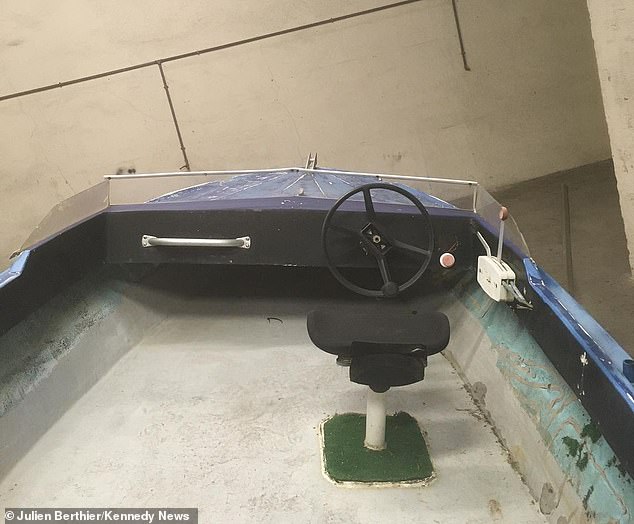 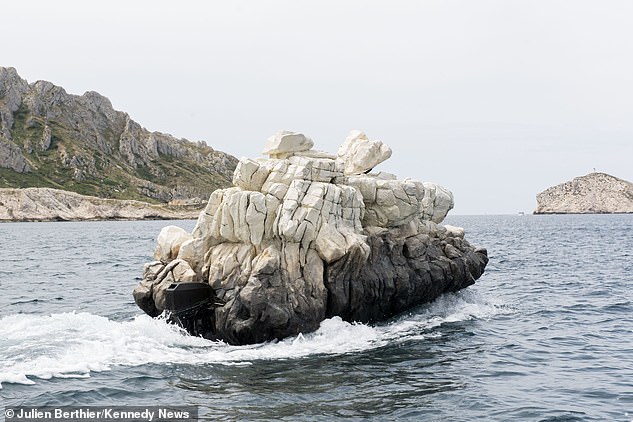 “With this I wanted to go the opposite way and make sure it blended into the creeks around Marseille.

“When it’s next to the rocks, the boat is really camouflaged against it, almost invisible before it drives off.

‘It has a survivalist element. I wanted it to fit in with nature as much as possible.

‘We build fake islands to take territory out of the water and I wanted to play with a different element there.

‘The landscape is constantly changing because of the way he moves around the boat.

“You can look at the rocks one second and then turn around and they’ve subtly changed.”

Mr. Berthier was the first to be invited to participate in a residency organized by fellow artist Thomas Mailaender for TUBA Club hotels.

Julien said: “With the Covid restrictions, everything took longer than expected. All in all, it was about six weeks of hard work. 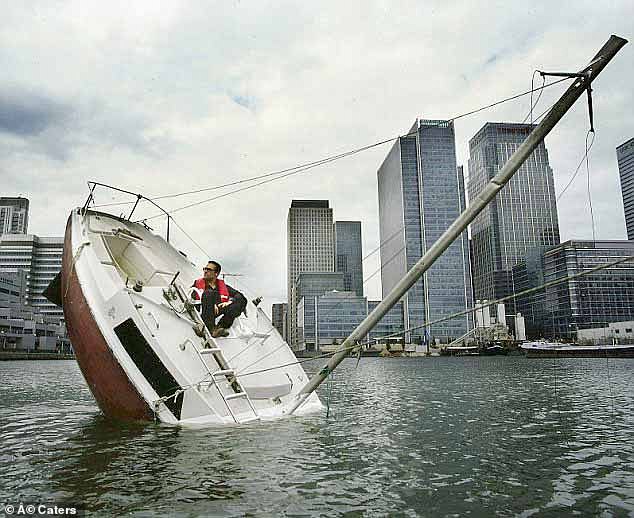 This ‘sinking’ ship, or Love Love, saw Mr. Berthier cut his boat in half and then seal it with fiberglass before sailing around the world – although a few times he had coast guards rushing him ‘rescue’ 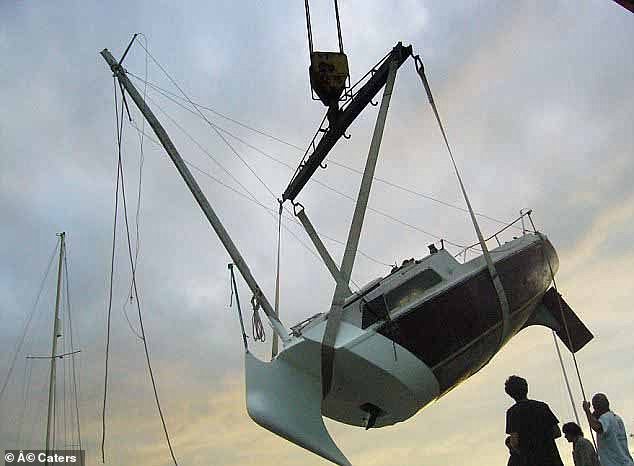 “It was an old battered boat I got. I try to work as much as possible with second-hand materials or things that are about to be destroyed.

‘Most of the rock is made of polystyrene and epoxy resin. It’s more like a cave in the boat.

“It can fit quite a few people, but it’s a bit tight right now.

“The boat’s center of gravity has changed since we built on top, so it can be a little shaky too.

‘When the water gets a bit choppy, you feel the waves a lot more.

“There are two entrances into the rock, one to get to the top and another at the back so you can start the engine.”

Billionaire John Paulson, who made $20 billion in 2008 housing crash, to divorce woman without prenuptial agreement

Childless or childless: Mumsnetters argue about the conditions