Students have berated Durham University bosses for a tweet saying they can “avoid” being picked on.

Durham University Student Wellbeing wrote on Twitter “don’t get tagged” advising people to protect others by reporting cases to the police.

The message, which has now been deleted, read: ‘Drinking Spiking is dangerous and something you can prevent from happening to you and your friends.

“#dontgetspiked In case of a suspicious case, contact the police as soon as possible so that an investigation can be conducted and others can be protected.”

The president of the Durham Students’ Union, Seun Twins, was among hundreds of people who criticized the post, calling it “victim blaming.”

She said: ‘This victim blaming messages is extremely dangerous. What was this supposed to accomplish but to divert attention from predators and predatory behavior? Disappointed for the umpteenth time.’ 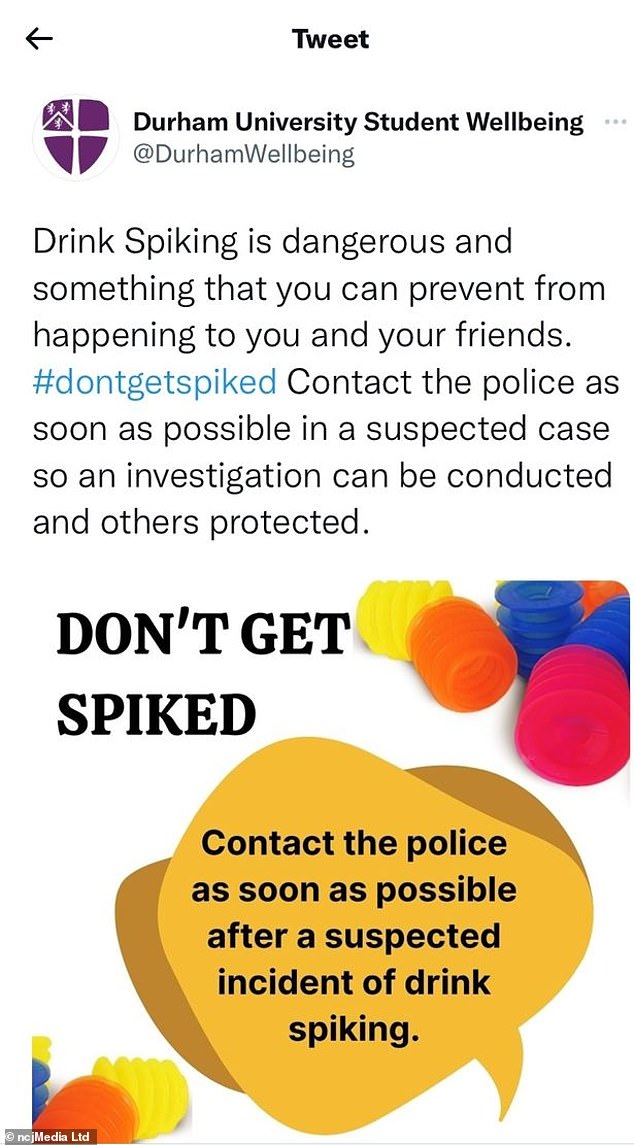 Durham SU Welfare and Liberation Officer Jonah Graham also admitted to being stunned by the post.

He added: ‘Disappointing. Spiking is attack, so this hashtag is generally inappropriate.

‘The university should help students to stay safe (for example by providing drinking cups) and to report incidents without blaming victims insensibly.

‘All the blame lies with the perpetrators – the focus should be primarily on them.’

The post also provoked a response from students at other universities in the north of England.

Fran Heald, who studies at Leeds, told ChronicleLive: “The tweet said ‘don’t get picked on'” and I understand what they were trying to do as there are things you can do to avoid it.

“But those measures don’t mean you won’t get spikes, and they won’t necessarily prevent it.” 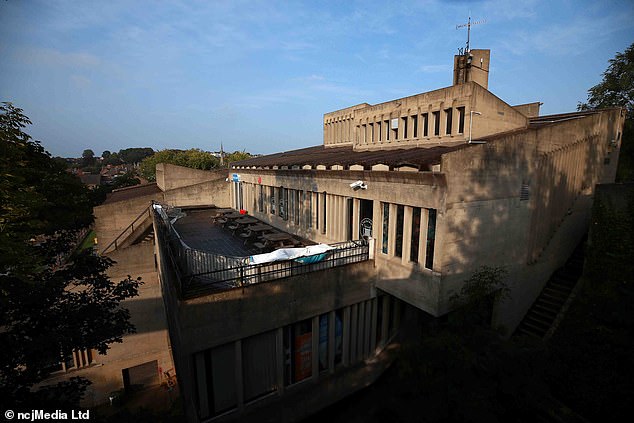 The president of the Durham Students’ Union, Seun Twins, was among hundreds of people who criticized the post, calling it “victim blaming.” Pictured: The University’s Student Union

The 19-year-old added: ‘I think it was a bit ignorant, especially because I came from such a large institution with such a large number of students.

‘I appreciate that they’re trying to help, because I feel like a lot of universities haven’t done that yet. But the way they did it was all wrong.’

A Durham University spokesperson said: “We appreciate the feedback on our recent drink safety message.”

They added: ‘Students have reported to us their concerns about drink-sticking on nights out.

“We take this very seriously and are working with the police and others to provide guidance to help people stay safe and report incidents.

‘We also regularly train staff and student representatives on drug and alcohol awareness.

“We always strive to support our students and seize opportunities to learn and improve our coverage on important topics like these.”

Blind, hearing-impaired retiree, 95, had to lie on the floor for…