A fat wombat has shocked Australians at its sheer size and has even been put on an exercise program to help her shed a few pounds.

Safe Haven AACE uploaded an image to its Facebook page on Saturday of a smiling handler holding the giant marsupial. 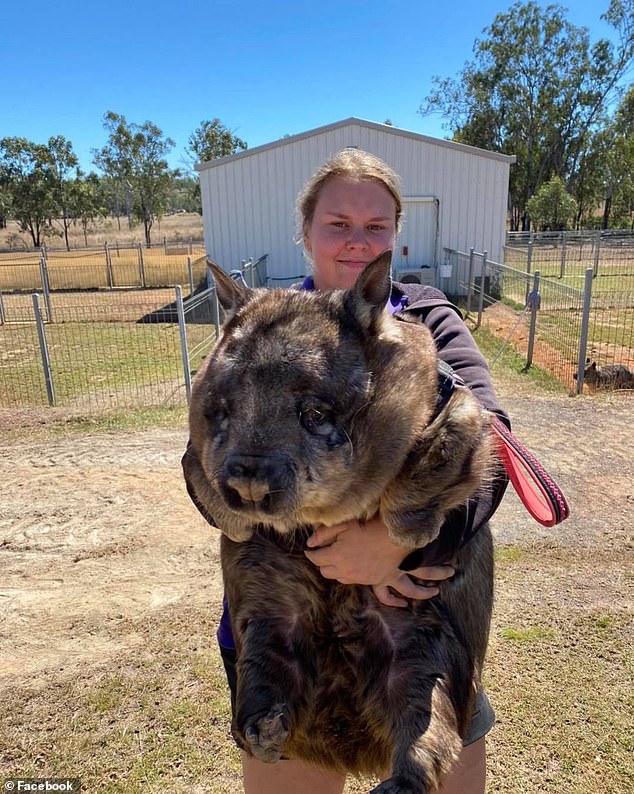 ‘That thing is damn big! Who cares,” wrote one person.

“Miss Ruby, you are huge,” added a third.

But others were fascinated by how cuddly the chubby wombat looked, with one person saying, “Oh so cuddly.”

‘OMG! That’s a huge bundle of love,” wrote another. 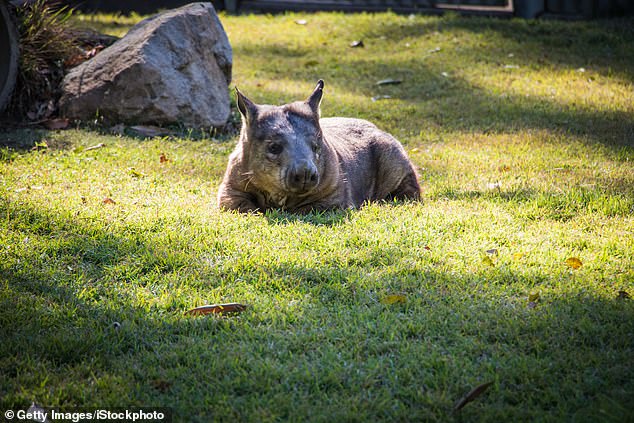 Miss Ruby is currently undergoing an exercise program, where wildlife volunteers will take the furry marsupial for a walk to help her shed the extra pounds.

Safe Haven Sanctuary on Queensland’s Mount Larcom is home to more than 20 Southern Hairy Nosed Wombats who are part of a captive breeding program.

The critically endangered species is threatened by Sarcoptic mange, a disease that has killed up to 90 percent of affected populations.

Weighing from 20 to 32 kilograms, the herbivores feed on grass and woody shrubs.

The marsupials are mostly found in scrubland in the southeastern corner of Western Australia, South Australia and even as far south as New South Wales.