School parties turn into chaos when a cop ‘king is hit from behind by a teenager’, 15, during a 300-strong beach party and a ‘group of private schoolboys are attacked with BRICKS’

School parties in Victoria have erupted into chaos with a police officer reportedly being hit from behind by a teenage boy and private schoolboys being stoned to death.

A 15-year-old boy has been charged with allegedly punching a police officer from behind at a beach party in south Melbourne on Monday night.

Footage from the event at Rosebud Pier shows only a small fraction of the 300 Schoolies romping to loud music on the popular beach.

Dozens of 12th grade students can sing along to Kylie Minogue’s “Can’t Get You Out of My Head” played from a set of DJ decks. 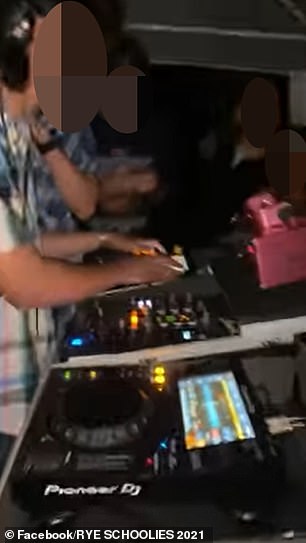 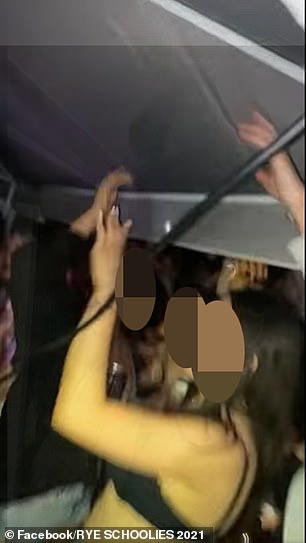 The Facebook group ‘RYE SCHOOLIES 2021’ features calls for parties, requests for ‘ketamine, cola and caps’, sales of vapes and threats with punch-ons.

“Where is everyone going after Rosebud Pier?” a teen posted in the group.

An acting sergeant was reportedly hit from behind in what police have described as an unprovoked attack after officers responded to a noise complaint Monday.

The injured officer was taken to hospital for treatment and has since been released.

The Rosebud teen has been arrested and charged with assaulting a rescuer, reckless conduct that could cause serious injury, resisting police and committing a criminal offense while on bail. 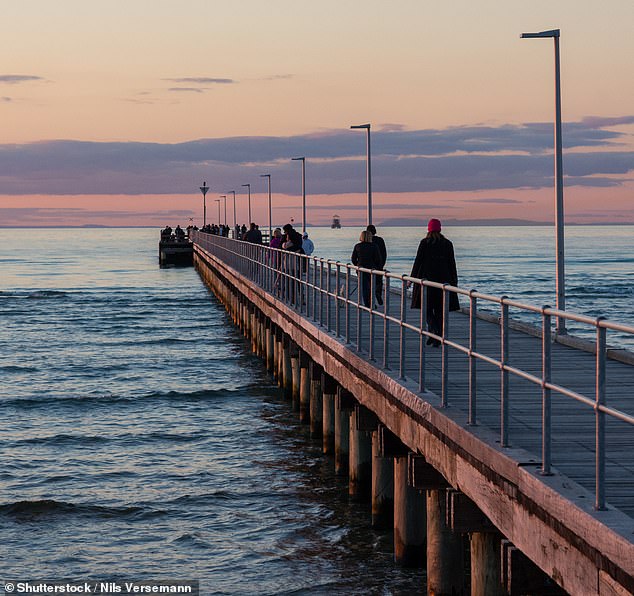 The police officer was reportedly beaten by police when officers broke up a beach party on Rosebud Pier (pictured) in southeastern Melbourne.

Five male teenagers, some of whom had attended the prestigious Penleigh and Essendon Grammar (pictured), were left unconscious on Saturday night after a random attack.

He has been remanded in custody and will appear in juvenile court.

Meanwhile, concerned parents of students at an elite private school in Melbourne fear locals and high school students are targeting their children.

On Saturday, cowards left five male teenagers unconscious after an attack broke out on the Mornington Peninsula at 11:30 p.m.

The teens, some of whom had attended the prestigious Penleigh and Essendon Grammar, spent a night in hospital after the attack, the Herald Sun reports.

A family member said the group was walking home when they were ‘jumped’ by five men with three ‘king-strokes from behind and left unconscious’. 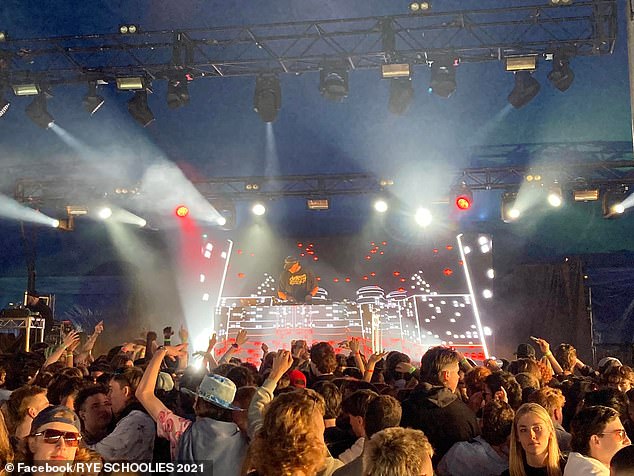 On Saturday, cowards left five male teenagers unconscious after an attack broke out on the Mornington Peninsula at 11:30 p.m. (pictured, a Schoolies event in Melbourne)

“They may target children from private schools.”

Another teen required surgery after he and a buddy were similarly attacked by a brick on Saturday in a separate incident.

More than 100 km south east of Melbourne, four people were trapped in a barn on Phillip Island after a party was held on the roof that later collapsed.

Police have taken extra security measures in an effort to keep the celebrations under control with additional officers and established drug testing points.

‘Lighting my candles is a joy’: Britney Spears reflects on new freedoms after accidental gym fire