GRAPHIC WARNING: Disturbing footage shows a kangaroo dying after being impaled by a branch – as the RSPCA investigates why a man laughed at the suffering animal

Disturbing images are circulating online taken by a man who allegedly laughed while filming dying kangaroo impaled by a branch.

RSPCA Queensland confirmed that the graphic incident is under investigation after the matter was reported to their team on September 30.

In the video from which this footage was captured, a man off-camera is believed to say “f**k” as he begins to laugh at the dead kangaroo with a branch through its head writhing on the ground and surrounded by blood . 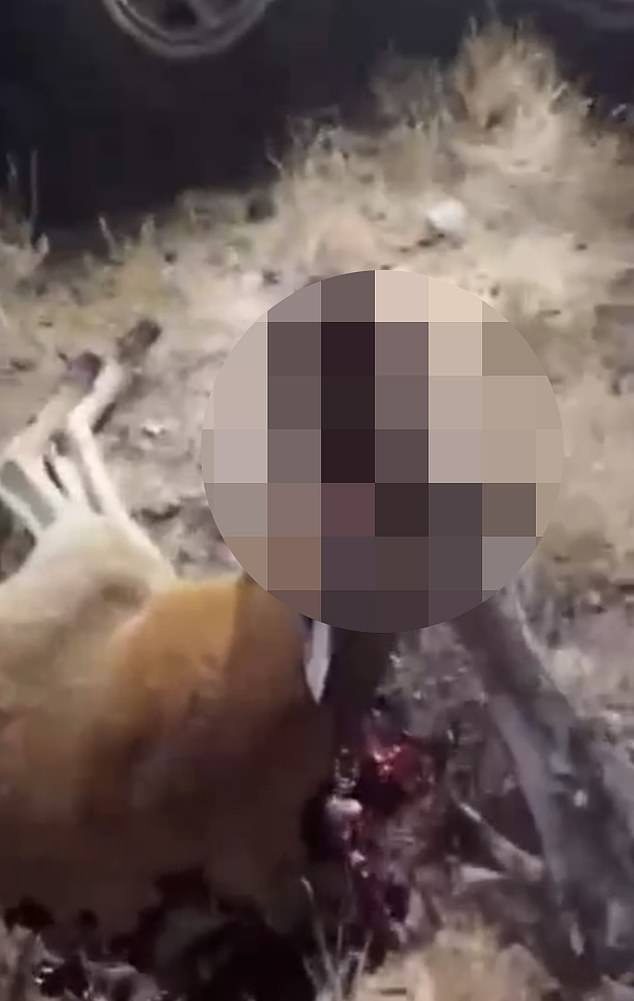 According to The Courier Mail, the video was first posted to a closed Queensland shooting Facebook group.

“I was made aware of a video circulating on social media of a catastrophically injured kangaroo being impaled by what appears to be a large branch on the head,” Pearson said.

Pearson said the circumstances surrounding the kangaroo’s death were unclear and it is not known whether the animal suffered the head injury before, during or after it died.

“Since the person who made the video is laughing, I’m afraid this incident was intentional and therefore an act of cruelty,” Pearson added.

“The injury suffered by this kangaroo is a horrific demonstration of the complete lack of respect and empathy that a small minority of Australians have for our beloved national icon,” 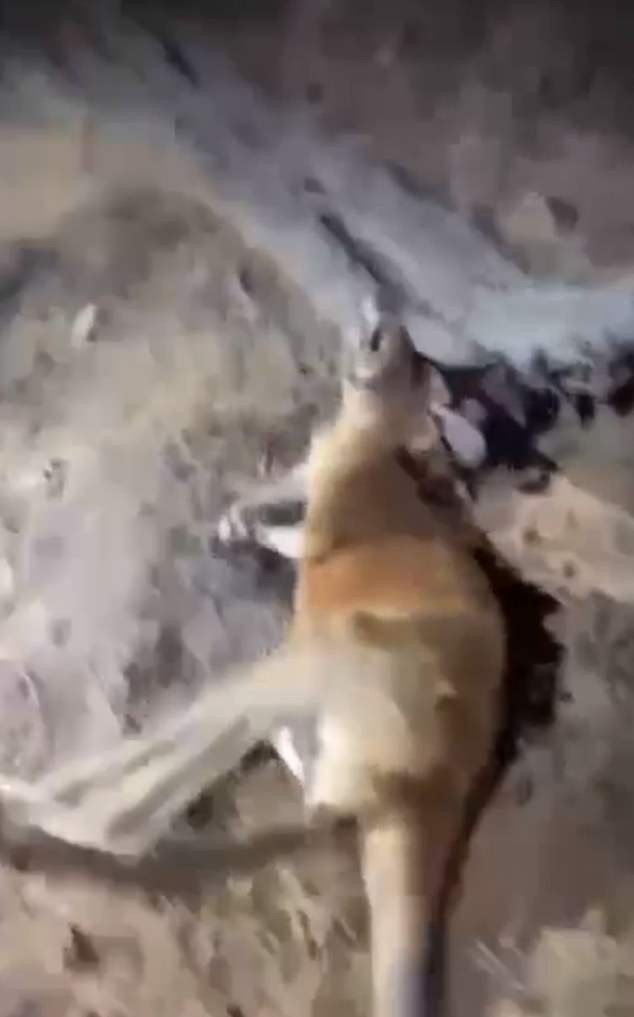 NSW Animal Justice Party MP Mark Pearson said it was unknown if the animal suffered the head injury before, during or after it died

Pearson noted that he believes most of the nation is denouncing the troubling animal cruelty and justice for the kangaroo should be received.

RSPCA Queensland spokesperson Emma Lagoon said in a statement that the animal welfare group shared the same concerns as the community about the incident.

“RSPCA Qld shares the community’s concern about the disturbing contents of a kangaroo posted in recent days.”

Anyone with first-hand information about the harrowing incident is urged to contact RSPCA Queensland.

Christian nurse is to sue Portman Clinic over course that said…

Holiday boost as travel rules for 32 more countries are relaxed