A 67-year-old man has been arrested on suspicion of drink-driving after a car plowed through the walls of a retirement home last night (Monday).

The accident happened around 8.15pm in a suburb of Bridgnorth, Somerset.

The woman who lives in the house is said to be unharmed.

A West Mercia Police spokesman said: ‘Officers received a report of a car crashing into a building on Princess Drive, Bridgnorth. 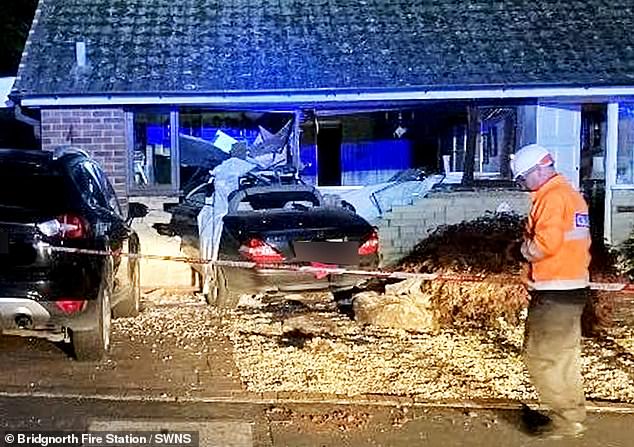 The scene after a car drove into a property on Princess Drive, Bridgnorth

The driver, a 67-year-old man, was arrested on suspicion of drink-driving and taken to Royal Shrewsbury Hospital with non-life-changing injuries.

“No other injuries have been reported and the car has been recovered.”

Karen Cashmore Down, a relative of the victim, said she was “safe and sound.”

She added: ‘We would like to say a huge thank you to all emergency services for their quick and efficient response last night.

Also our sincere thanks to all the wonderful neighbors who were incredible. We are all really grateful to you.

“This is clearly a matter for the police, so we won’t comment further. Thank you.’ 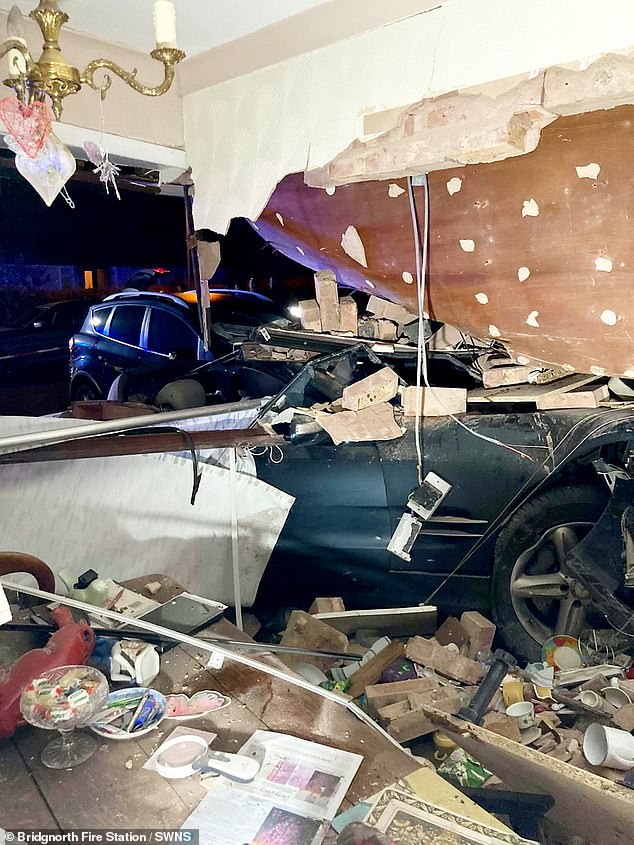 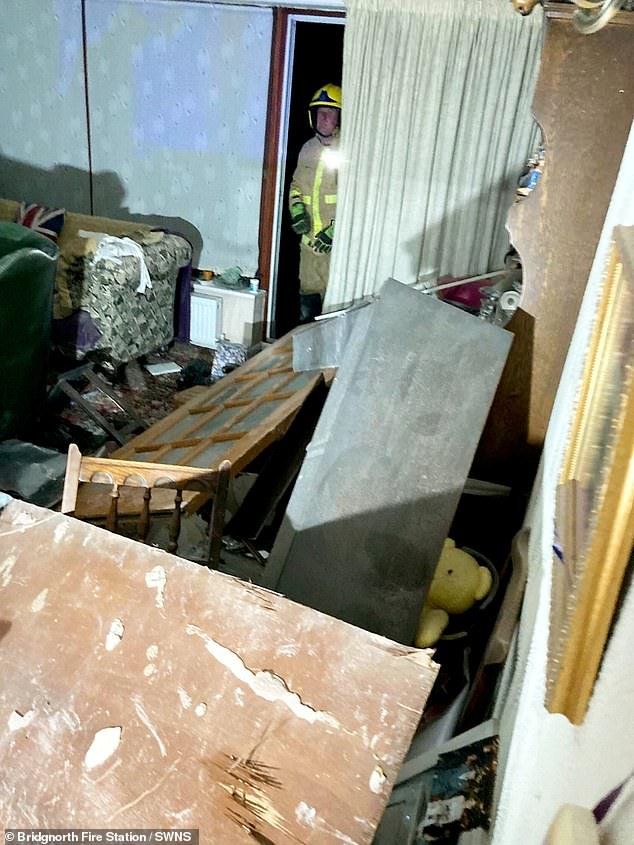 Emergency services were called after the vehicle lost control and crashed into the property on Princess Drive, Bridgnorth.

Bridgnorth Fire Station praised the neighbor who had called about the accident.

A spokesperson said: “Thanks go to the first caller, who called 999 after witnessing the impact. [She gave] complete and correct data to our fire control, as she handles first aid and makes contact with the occupying forces on her own.

“She then gave a complete and informative handover to our incident commander so that he could make the required operational decisions.

“Communication and keeping calm in a stressful situation are skills that are rarely used by the public, but they can make a huge difference.”