For Steven Gerrard and Rangers, Hampden’s semifinals are more of a novelty than they really should be.

It has now been two years since the Ibrox side appeared in the last four of a cup match at Scotland’s national stadium.

A 3-0 win over Hearts ended in a heartbreaking 10-man defeat to Celtic in the final. The monkey of the back after last season’s title win Gerrard is hoping for better after beating Livingston in the last eight of the rebranded Premier Sports Cup. 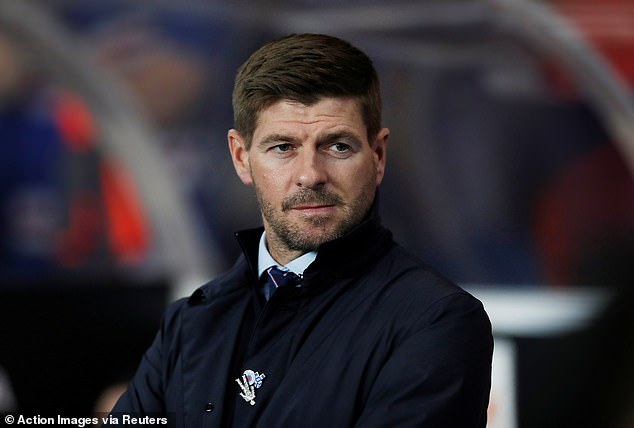 The half-time arrival of Ianis Hagi after a brush with coronavirus on international service in North Macedonia was the catalyst for a comfortable victory over David Martindale’s side. The Romanian international made the breakthrough for Kemar Roofe two minutes after the restart.

After a heroic win over Celtic on Sunday, Livingston’s second half error was epitomized by keeper Max Stryjek who gave Alfredo Morelos a fourth goal of the season after 63 minutes.

Rangers beat Livingston 3-0 at home in the Premiership opening weekend and are unbeaten in 11 against tonight’s opponents, winning 10 of them.

That run includes the only previous League Cup meeting between the clubs, which was settled by a Glen Kamara goal in West Lothian in September 2019.

For Gerrard, six changes in the starting eleven was always a light gamble. Extending the unbeaten run on Livingston to 12 games and securing a place in the semi-finals paid off in the end.

Two of the expected changes to the team that dropped home points to Motherwell on Saturday – their first in 18 months – came at fullback.

Many feel Nathan Patterson should start more games and the Scottish right-back showed why he came close to scoring after seven minutes.

An agile one two with Morelos made room for a split on goal, Livingston keeper Max Stryjek denied Rangers a flying start.

For all their attacking flair, fullbacks are rarely polished finishers. Calvin Bassey proved it on the left wing when he did brilliantly to get behind the Livingston defense and control a striking diagonal ball from Conor Goldson.

Bassey’s first touch was good, working his second ball in was even better. With the goal gaping, the third let him down, the defender leaned back and hit a wild try over the bar from 15 meters.

Despite dropping points against Motherwell, many rated the first half performance this season as good. The same can’t be said of the 45 minute opening here.

They came closest to breaking the stalemate when a slide ball from Scott Wright delivered a slanting shot to the onside Alfredo Morelos 10 minutes before half time. The Colombian’s thumping low shot needed a beautiful sliding block from Nicky Devlin to get the ball to safety. With Kemar Roofe lurking, the intervention was heroic.

Livingston had heroes all over the field in their weekend win over Celtic. Where goalscorer Andrew Shinnie garnered praise for his match-winning turn as an impromptu centre-forward, he earned nothing but sympathy here.

Time and again, Charlton’s summer signing was isolated up front with no one helping to hold the ball. The introduction of former Hibs player Stephane Omeonga added some spice to Livingston’s midfield, but this was another one of those nights when the West Lothian eleven men camped behind the ball and hoped to grab something.

When Shinnie lost possession, Rangers strode forward and Glen Kamara nearly marked his lucrative new contract with a goal from 20 yards, while visiting players held back. David Martindale was concerned enough about the six-to-zero odds in Rangers’ favor of catching midfielder Adam Lewis just before half-time.

There was no sign of injury and Lewis clearly didn’t seem impressed. With the possession stats in favor of Rangers 57 percent – ​​it felt like more – the visitors needed more possession to survive.

All they didn’t need was an implosion in defense followed by the loss of a goal in the early second half.

Two things made Rangers better in the second half. The first was the introduction of Ianis Hagi as a halftime substitute in his first appearance since being diagnosed with coronavirus. The second was an aggressive urgent play that was absent from their first half performance.

The only hope Livingston has against Celtic and Rangers lies in defending, organizing and concentrating. Their composure completely failed them in the second half. Time and again they donated the ball to Rangers in dangerous areas.

The easiest goal Kemar Roofe will ever score was a prime example. Omenonga gave the ball away to John Lundstram and when it landed in front of Hagi’s fresh feet, he drilled a low cross into the heart of the six-yard box so the striker could hit the ball high into the net.

Livingston seemed to learn nothing. Keeper Max Stryjek kept the away team in the game with fine saves by Morelos and then Roofe after unforced errors on the edge of his own penalty area.

Still, Livingston’s keeper soiled his copybook with a horrific foul in front of goal that secured a place in the semi-finals for Rangers.

Fumbling around the back again, David Martindale shook his head in irritation. Collecting a meat and drink passback, the Polish keeper made a terrible attempt to clear his lines and send the ball straight to Morelos’ feet. The striker balanced himself and let Jack Fitzwater stand on his backside before hitting the second goal into the net.