An unexpected guest has caused chaos at a family picnic in a popular park, slithering through baskets and onto the blanket.

The six-foot carpet python welcomed itself to the open-air gathering at the Mt Coot-Tha Botanic Gardens, west of Brisbane, on Tuesday.

“That’s a nice rug,” says an onlooker as the huge snake makes its way through eskies.

The friendly python perched on boxes of fruit, while the cameraman filmed just a few feet away.

Seemingly unfazed by the people around it, the python moves on, knocking over food containers and stretching the length of the baby blue blanket. 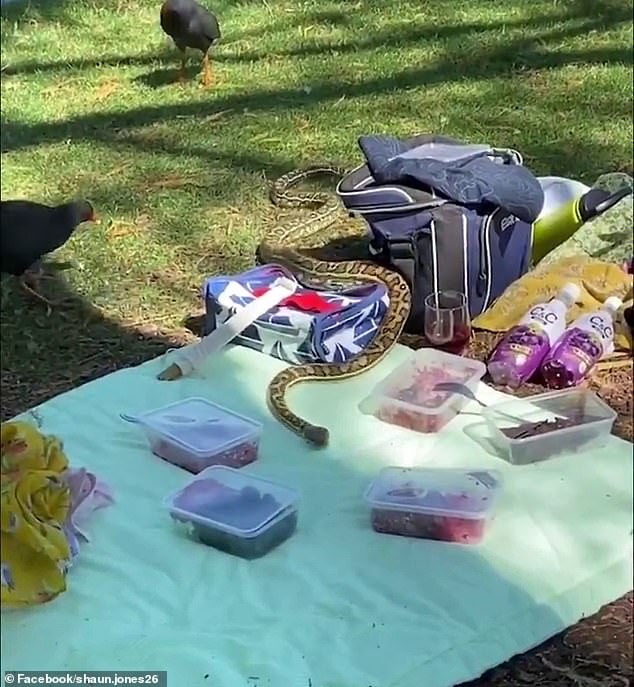 As soon as he crosses the edge of the blanket and realizes he has an audience, the snake pulls back, hearing another man say he was “going for a tree.”

Carpet pythons are a type of non-venomous snake that comes in a variety of colors, shapes, and sizes.

They are often found in backyards of homes in northern NSW and Queensland, and generally don’t bother humans as they are incredibly timid in most circumstances. 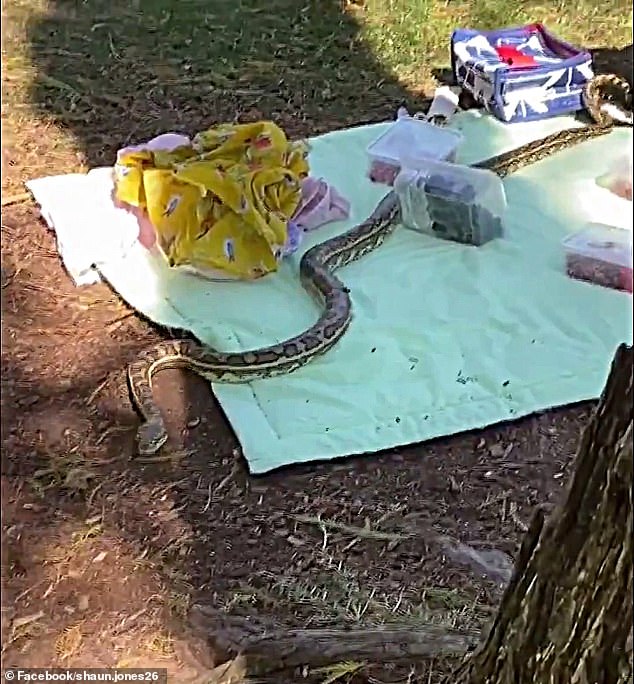 The six-foot python stretched the length of the blanket, knocking over containers of food (pictured)

Another man from Ballina in northern NSW recently encountered a carpet python, curling up on his dish rack.

Keith Williams posted an image of his dish rack on Twitter showing a huge snake trying to hide in the corner of his kitchen.

The Councilor for the Ballina Shire on the north coast of NSW wrote: ‘I can’t believe I cleaned up part of the drainer before I noticed. 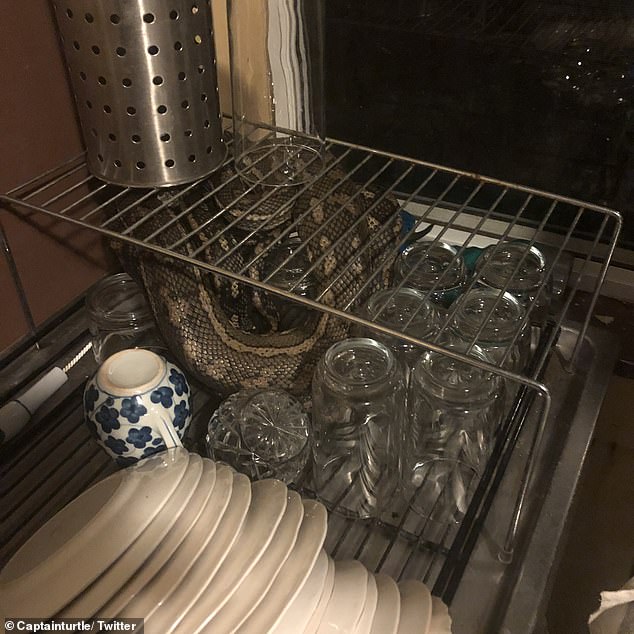 With a little quick thought, Mr. Williams opened his window in the hope that the huge carpet python would slide out and into his backyard.

“Update: beautiful python has made its way out and everything is back to normal,” Mr Williams posted on Twitter.

“Now if you’ll excuse me, I still have a lot of dishes to wash.”

CARPET PYTHONS: ARE THEY DANGEROUS?

Carpet pythons come in all shapes, sizes and colors, from brown and black to olive green.

The patterns on carpet pythons can range from rings to different shapes, spots and diamonds.

Carpet pythons are commonly found in home backyards in northern NSW and Queensland, and the closely related diamond python is native to NSW and Victoria.

These pythons are timid and non-venomous, but when provoked can give a painful bite with teeth that deteriorate rapidly.

Carpet pythons feed on rats and mice, and will generally be found in homes that feed them – but will stay away from humans and move on when food runs out.