Prostate cancer drugs that halve the risk of death: new hope for patients thanks to new treatment

Thousands of men could live longer with prostate cancer after taking a new combination of drugs.

It is estimated that about 10,000 men a year in the UK have an aggressive form of prostate cancer, which is normally treated with hormone therapy and radiotherapy.

One study found that giving a drug called abiraterone halves their risk of dying from cancer over six years.

Abiraterone was denied to men with more advanced prostate cancer in January after the National Institute for Health and Care Excellence, which approves drugs, ruled it was not cost-effective and should not be routinely offered.

The expensive daily tablets cost £35,500 a year privately, although it is unknown how much the NHS pays.

But the new British-led trial in another group of men, whose prostate cancer had not spread, found abiraterone, taken for just two years, significantly improved their chances of survival.

Experts hope the drug could be made available on the NHS ‘soon’ after the results. 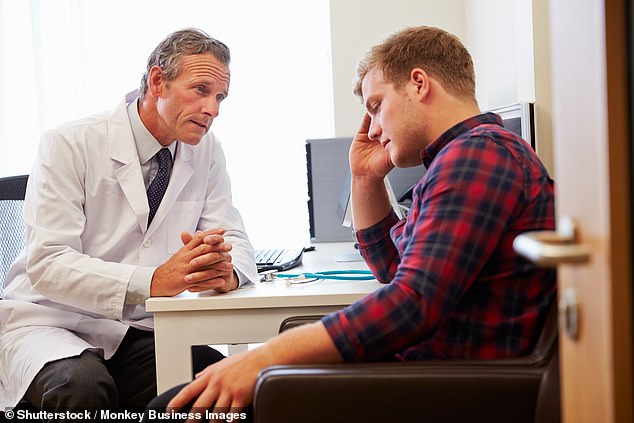 Thousands of men could live longer with prostate cancer after taking a new combination of drugs. It is estimated that about 10,000 men a year in the UK have an aggressive form of prostate cancer, which is normally treated with hormone therapy and radiotherapy

Researchers followed 988 men who received hormone therapy, with most receiving it in addition to radiation therapy, which is the usual treatment.

They compared them to 986 men who received the usual treatment, plus abiraterone.

Only 18 percent of them had seen the cancer spread through their bodies, compared with 31 percent of those who had not received the combination.

The study’s co-author, Professor Gerhardt Attard, of University College London, said: “Based on these results, all men with high-risk non-metastatic prostate cancer should receive abiraterone for two years.”

Another author, Nick James, professor of prostate and bladder cancer research at the Institute of Cancer Research and a clinical oncologist at The Royal Marsden NHS Foundation Trust, said: ‘The results were spectacular – that’s really the only word for it.

‘We are actively in talks with NHS England on how to implement these findings.’ 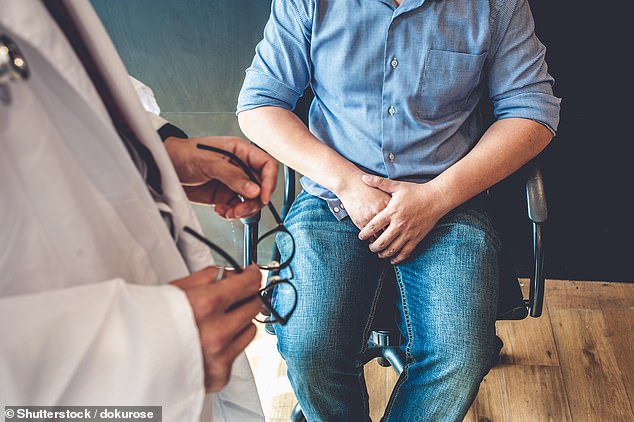 The Mail has been campaigning to improve prostate treatment for 20 years. Men with aggressive types are usually given a drug to starve tumors of the male sex hormones, such as testosterone, that fuel them

The Mail has been campaigning to improve prostate treatment for 20 years. Men with aggressive types are usually given a drug to starve tumors of the male sex hormones, such as testosterone, that fuel them.

But despite the drug blocking the production of these hormones, the cancer usually comes back.

Abiraterone prevents this by preventing cancer cells from making their own male sex hormones, or getting them from elsewhere so the cells are less likely to grow into larger tumors and spread.

The new research results, funded by Cancer Research UK and presented at the European Society for Medical Oncology Congress, show that 15 percent of men who received the usual treatment died within six years.

That was about double the seven percent who died in the same period after getting the combination.

Of the abiraterone group, 527 men also received enzalutamide, a drug that has a similar effect. However, there is insufficient evidence to conclude whether this improves results.

Another study presented at Congress found that adding both abiraterone and the chemotherapy drug docetaxel to hormone therapy meant men were 25 percent less likely to die over an average of 4.4 years.

Meanwhile, prostate patients could be cured in a week instead of a month in a new radiotherapy study.

Doctors at the Royal Marsden Hospital in London will treat the first patient this week in a study to determine whether radiotherapy is safe in two large doses. It would save men repeat visits to the hospital.

Medication ‘may add a year to life’

Breast cancer patients could survive a year longer with a drug available on the NHS.

Those who were just given a hormone pill called letrozole survived just over four years, or an average of 51.4 months.

Those given it with ribociclib lived about a year longer — 63.9 months in total.

The women in the study, led by the University of Texas MD Anderson Cancer Center, were given the drugs as the first treatment after their cancer had spread or come back.

Ribociclib stops the growth and multiplication of specific proteins in cancer cells.

The findings were presented at the European Society for Medical Oncology Congress. dr. Kotryna Temcinaite, of the Breast Cancer Now charity, said: “This research gives women with secondary breast cancer new hope for precious extra time with loved ones.”

n A combination of two inhibitory drugs can stop the growth of some ovarian cancer tumors for an average of 23 months, researchers at the Institute of Cancer Research discovered.