Prince Charles, 72, and Camilla, 74, known in Scotland as the Duke and Duchess of Rothesay, looked like they were jovial as they looked around one of the finest art collections in the UK.

Charles wore a navy blue kilt while Camilla opted for a gray and red tartan outfit for the occasion.

The Aberdeen Art Gallery underwent a historic transformation between 2015 and 2019 and reopened after being closed for five months during the lockdown in August 2020. 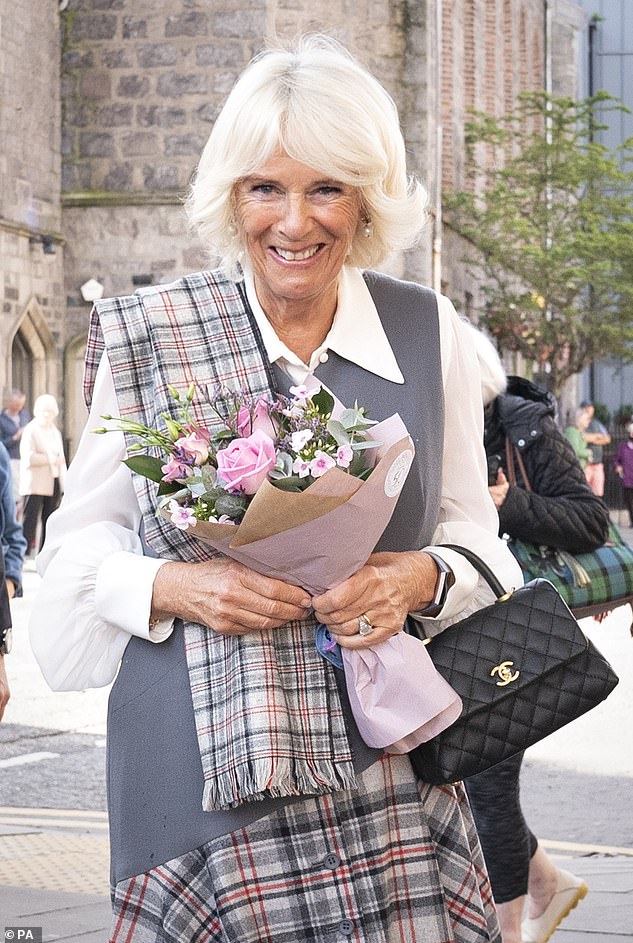 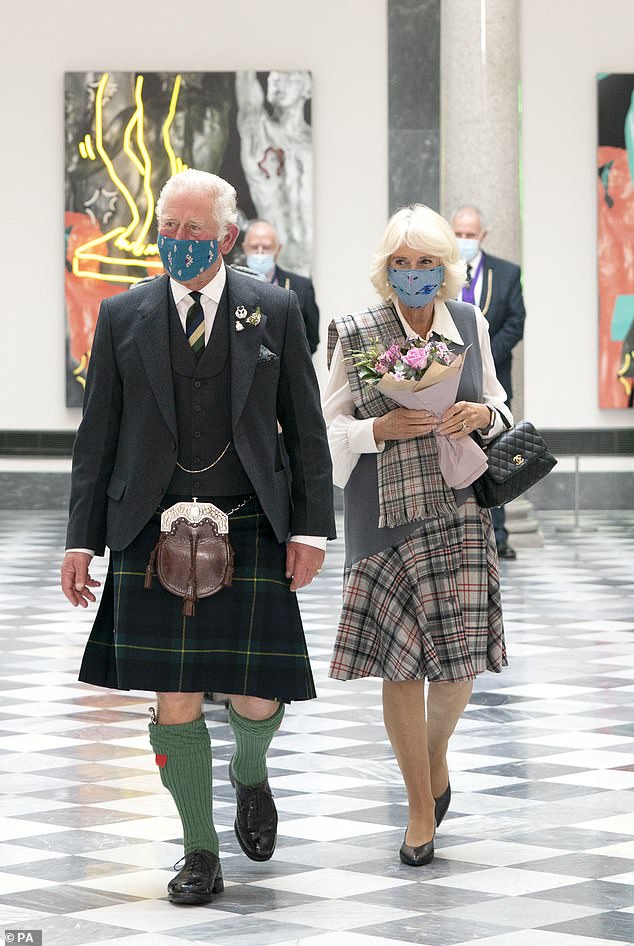 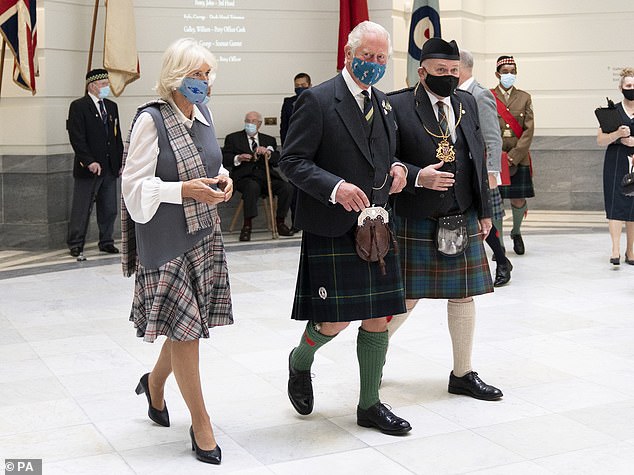 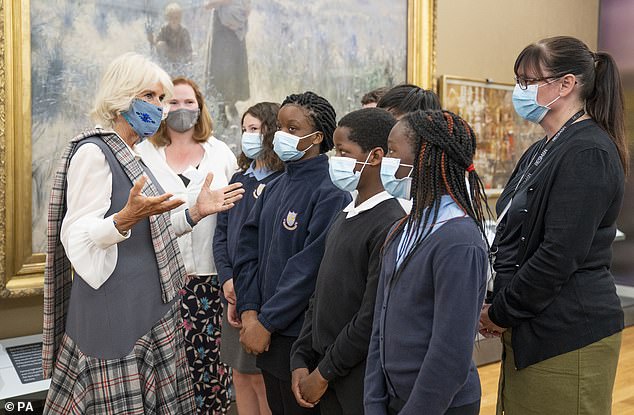 During the visit, Camilla met local school children who have participated in the ‘Art Chat’ project, where young people view various works of art, participate in optional activities and exchange views on the work 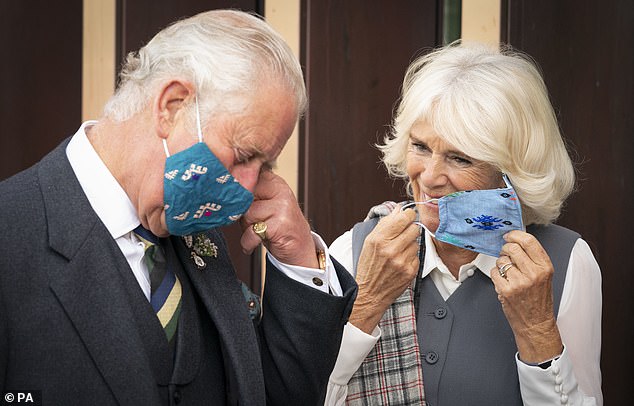 Today, the Duke and Duchess officially opened the gallery, which will host the British Art Show until next month, and last year they won the Art Fund Museum of the Year 2020, the most prestigious museum award in the world.

The British Art Show marks the launch of the national tour for this ambitious contemporary art exhibition, which takes place every five years in the UK.

During the visit, Camilla met students from Hanover Street Primary School who took part in the ‘Art Chat’ project. 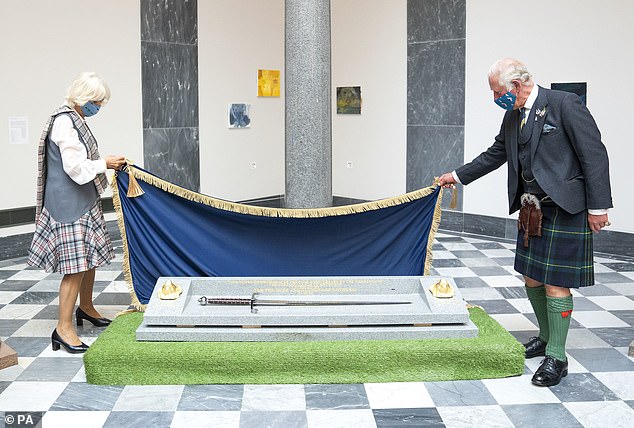 The Duke and Duchess also unveiled a sword commemorating the 700th anniversary of the granting of the Freedom Lands to Aberdeen, which were donated by King Robert the Bruce in 1319 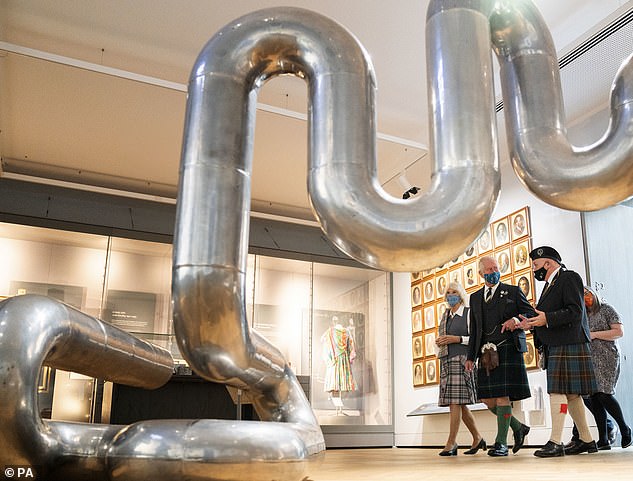 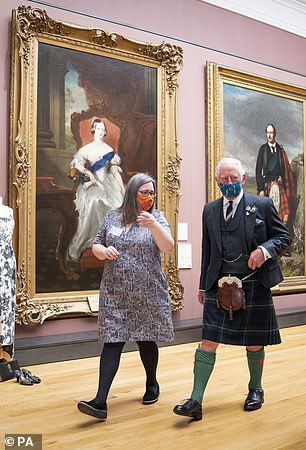 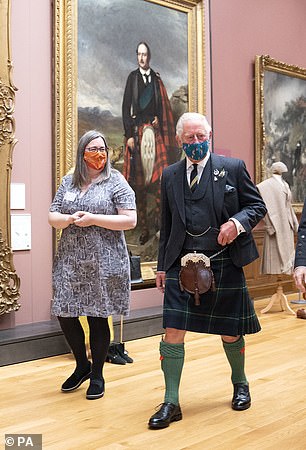 The Prince of Wales, known in Scotland as the Duke of Rothesay, was seen touring the gallery in the redeveloped art gallery 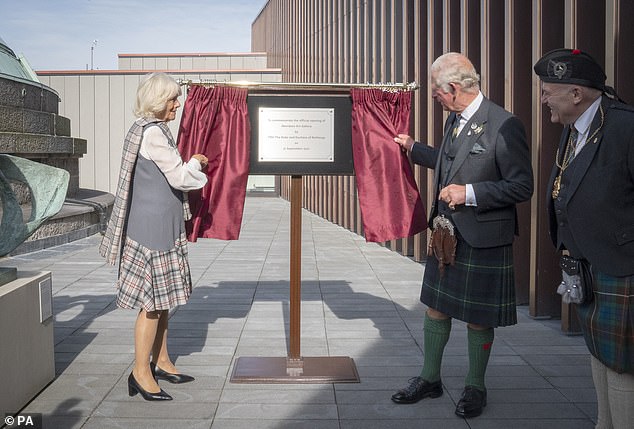 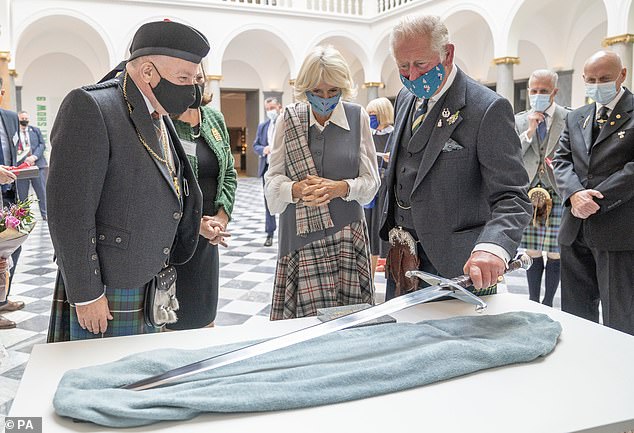 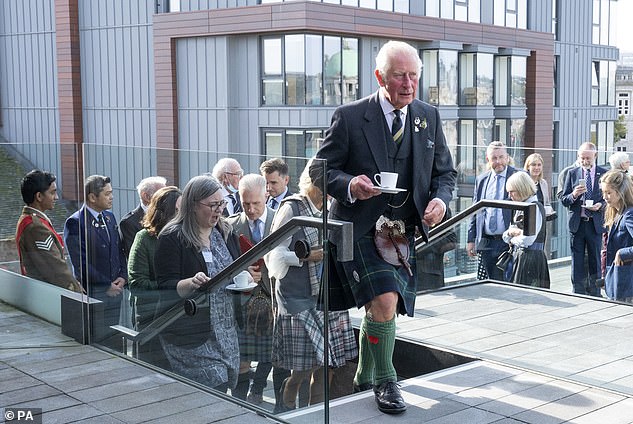 During the visit, the couple met gallery staff as they toured the redeveloped site

During the project, young people view various works of art exhibited in the museum before participating in optional activities and sharing their views on the work.

The Duke and Duchess also unveiled a sword commemorating the 700th anniversary of the granting of the Freedom Lands to Aberdeen, which were donated by King Robert the Bruce in 1319.

During the trip, the couple toured the galleries and met the staff and members of the team involved in the redevelopment of the Grade II listed building.

The redevelopment was funded primarily by Aberdeen City Council and the National Lottery Heritage Fund, with funding from other organisations. 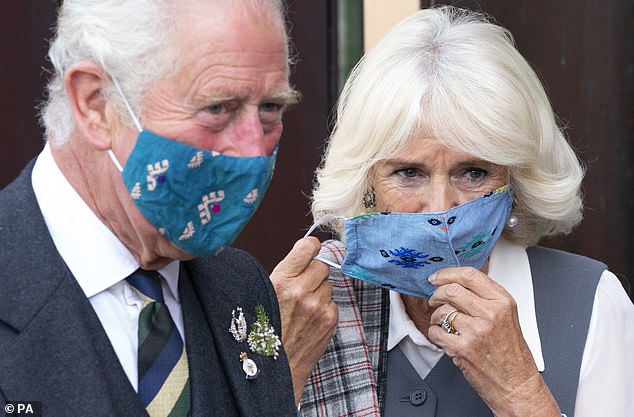 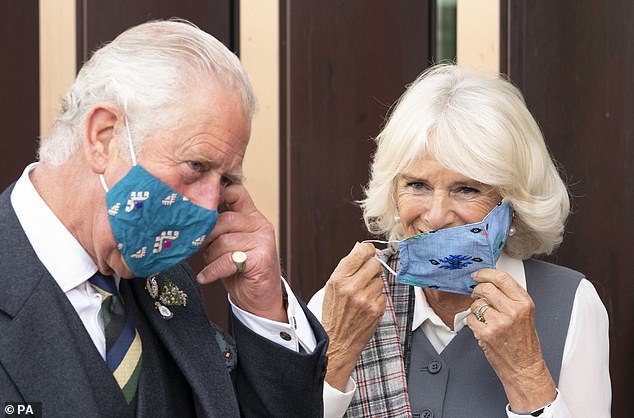 Camilla beamed as she adjusted her mask. Face coverings are still mandatory in public areas in Scotland 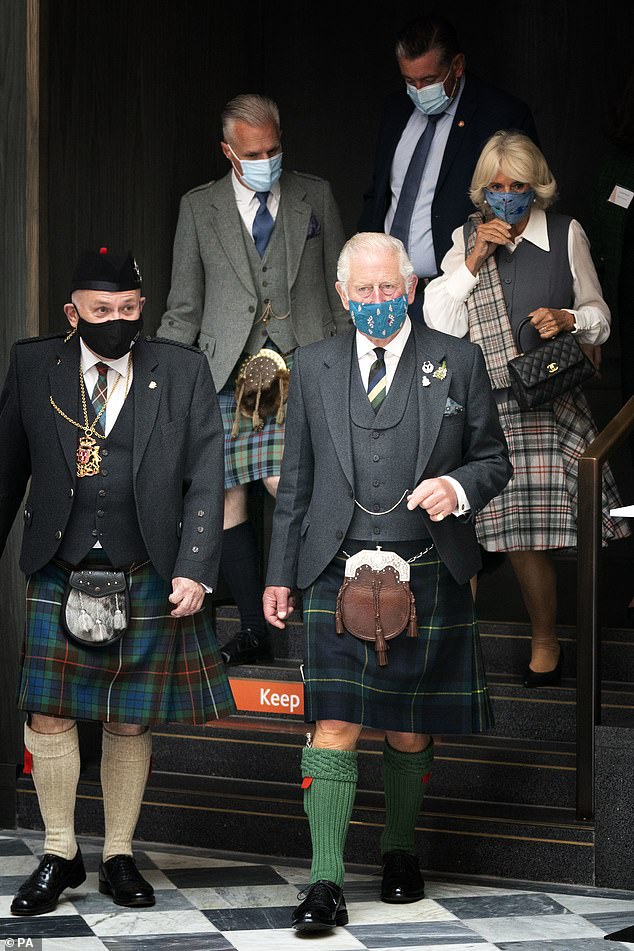 The Duke and Duchess were accompanied on their visit by Aberdeen City Lord-Lieutenant Barney Crockett.

Their visit comes ahead of the BBC documentary Prince Philip: The Royal Family Remembers, airing tomorrow, in which Charles recalls the warm relationship he had with his late father.

In an unusual show of unity, senior members of the royal family have come together to share memories of the Duke of Edinburgh, who died in April at the age of 99.

In a sneak preview clip shared by Clarence House last week, Philip, a young Charles and Princess Anne can be seen on their bicycles as their aunt, Princess Margaret, chases after them.

Charles says of his late father: ‘He was great at arranging crazy games. I mean, the fun of having obviously young parents was… there was a lot of hunting and crazy stuff going on.”