A terrified teenage girl sent her mother panicked text messages begging her to “wake up” when an intruder stormed their home.

The family was asleep when a teenager reportedly broke into their home in Port Lincoln, South Australia, at 4:30 a.m. Sunday.

Once inside, the 15-year-old boy reportedly started turning on the lights and then packed a PlayStation, handbag, three bottles of alcohol and cash in his backpacks.

The 15-year-old girl woke up when the alleged intruder entered her room and immediately began frantically messaging her mother to raise the alarm. 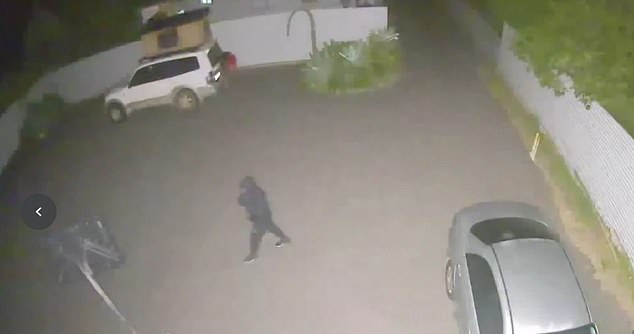 ‘Wake up mommy,’ was her message to The Advertiser.

“There’s someone in our house. He’s upstairs. I can’t call anyone, he can hear me. Wake up.’

Footage from security cameras showed that the suspect left the house with a backpack containing suspected stolen goods.

The mother said she woke up when the alleged robber left the house.

“My husband put on a robe, looked down from the balcony and saw the man going through the contents of his backpack in the driveway,” she said.

“My husband instinctively ran downstairs, chased him down the street and found him hiding behind a bush in a neighboring house.”

The family called the police who arrested him on the spot when he tried to get into a taxi. 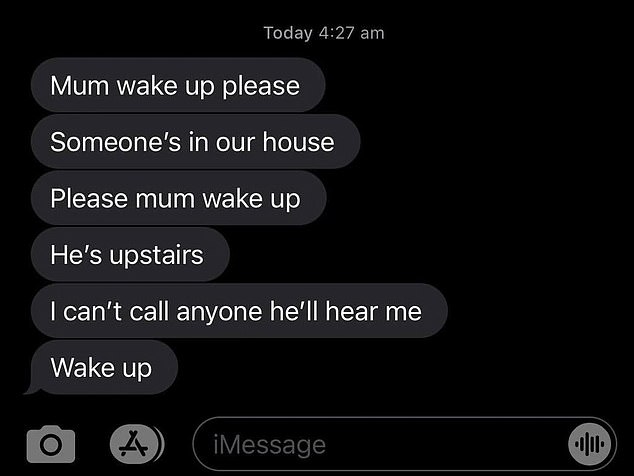 The panicked 15-year-old daughter sent her mother frantic text messages (pictured) begging her parents to wake up after the accused entered her bedroom. 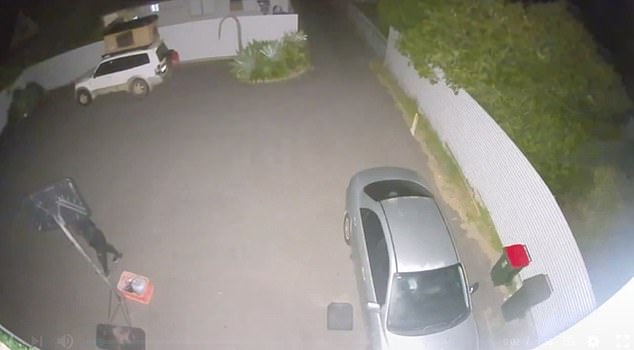 The suspect allegedly called the taxi to use as a ‘getaway car’ that pulled into the street just as officers arrived.

He faced the Adelaide Youth Court on Monday where he did not ask for bail and was remanded in custody to appear before the Port Lincoln Magistrates Court on December 6.

The mother said the family was emotionally upset by the alleged break-in, the second time their home had been targeted in seven months.

She said an intruder entered their home in April with an Apple Watch, AirPods, cash and alcohol, and that their two children begged them to sell the house.