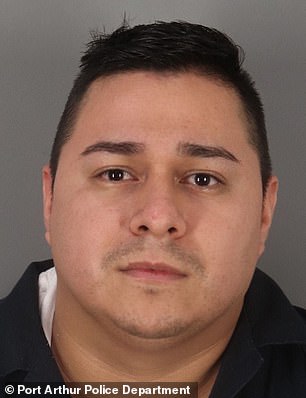 Humberto Anteverde, 29, was arrested Thursday for speeding in Port Arthur, Texas, where police found a kilogram of coke in his car

Texas police officers seized a gold-plated pistol, two kilograms of cocaine and about $44,000 in cash during a routine check.

Humberto Anteverde, 29, “seemed very nervous” when he was arrested for speeding at 9:18 a.m. Thursday, according to Port Arthur police.

He turned out to have a good reason for this, because officers found a kilo of cocaine in the car when they received verbal permission to search the car.

At a house in Port Arthur, about 90 miles east of Houston, they found $44,000 in cash, a second kilogram of coke and a rifle.

Officers discovered a gold-plated pistol at a house in neighboring Bridge City. 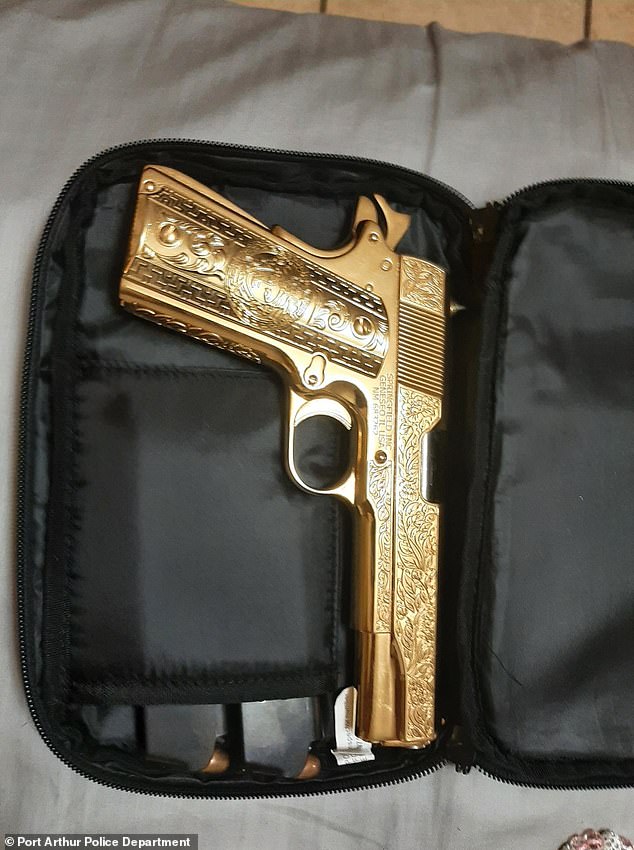 Police later found a glittering, gold-plated pistol with a wreath design on the barrel after searching two homes in a follow-up investigation into the traffic stop 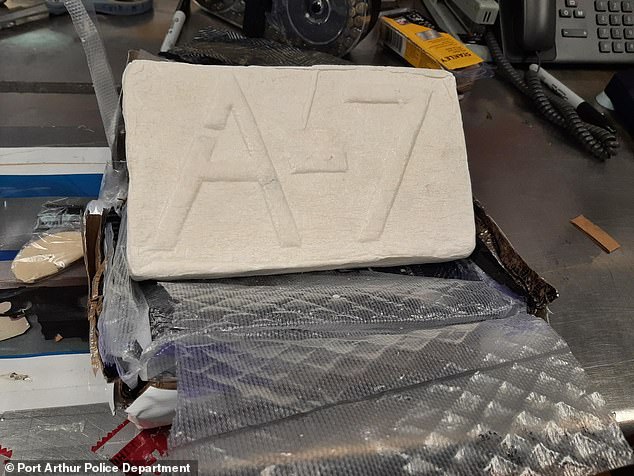 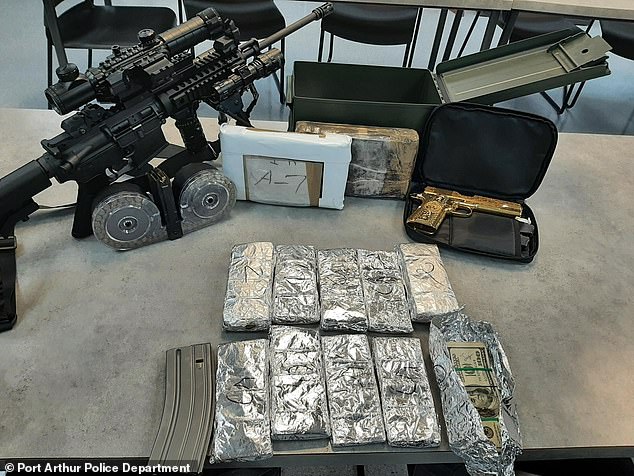 Anteverde was eventually arrested for manufacturing and supplying a controlled substance, a felony punishable by 15 to 99 years in prison and a fine of up to a quarter of a million dollars.

Photos from the seizure show the glittering pistol adorned with leaves and other garish designs.

The mysterious ‘solid white powdery substance’, which later tested positive for cocaine, showed a densely packed block inscribed with ‘A-7’.

A kilo of cocaine, once shipped outside of South America, can cost anywhere from 10 to $20,000, according to Business Insider.

Anteverde was arrested for manufacturing and supplying a controlled substance greater than or equal to 400 grams. He was transported to Jefferson County Correction Facility.

One kilogram equals 1,000 grams, meaning Anteverde was well over the limit for a lower load.

REVEALED: How savvy shopper scored $500 on high-end Wagyu beef for just $79 at Woolworths

Michigan sheriff doubts that parents of school shooter were planning…

Pre-departure testing is again required for ALL international arrivals…