A ‘fake tradition’ that emerged during the violent anti-vaxxer protests in Melbourne has come to light after a plasterer was shocked to see him on TV in his company uniform.

Father of four Adam Warne, who runs AWP Plastering and Rendering in Morwell, was stunned when Nine News imagined a protester wearing his company’s hi-vis during the chaos this week.

Mr Warne – who says he and his workers have been vaccinated and do not support the demonstrations – told the Daily Mail Australia that the man has never worked for him and is not even a tradie.

The businessman later discovered that a subcontractor he fired in 2020 had lent the shirt to one of his friends after protest organizers called for the wearing of signs.

But the protester’s decision to wear the hi-vis shirt resulted in Mr Warne being bombarded with threatening phone calls as his company logo was associated with the anti-lockdown movement. 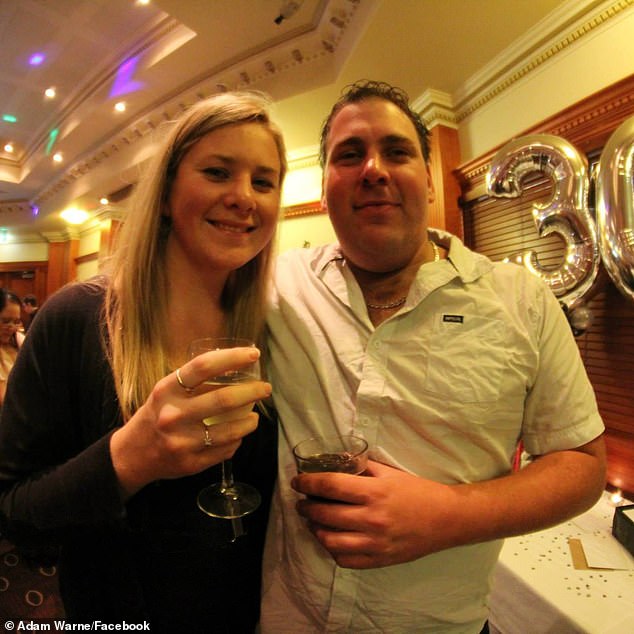 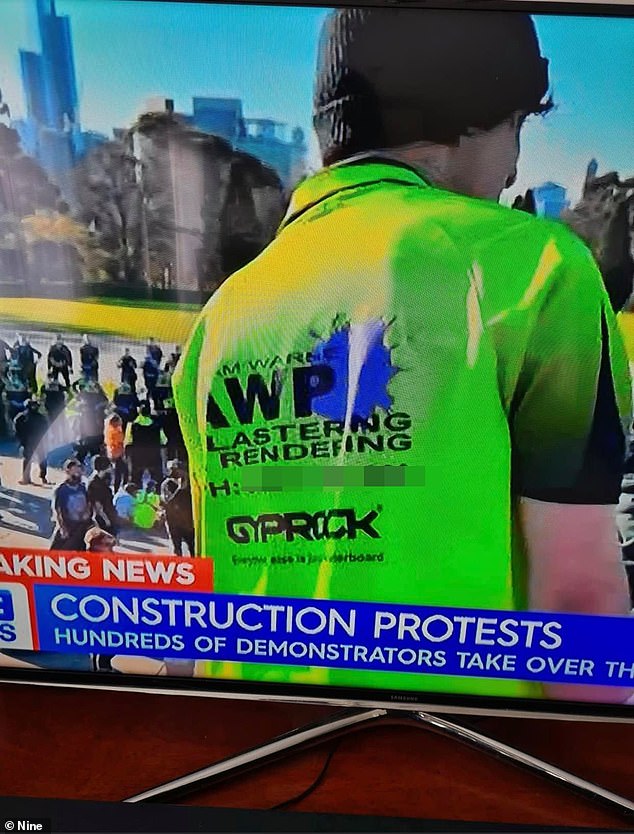 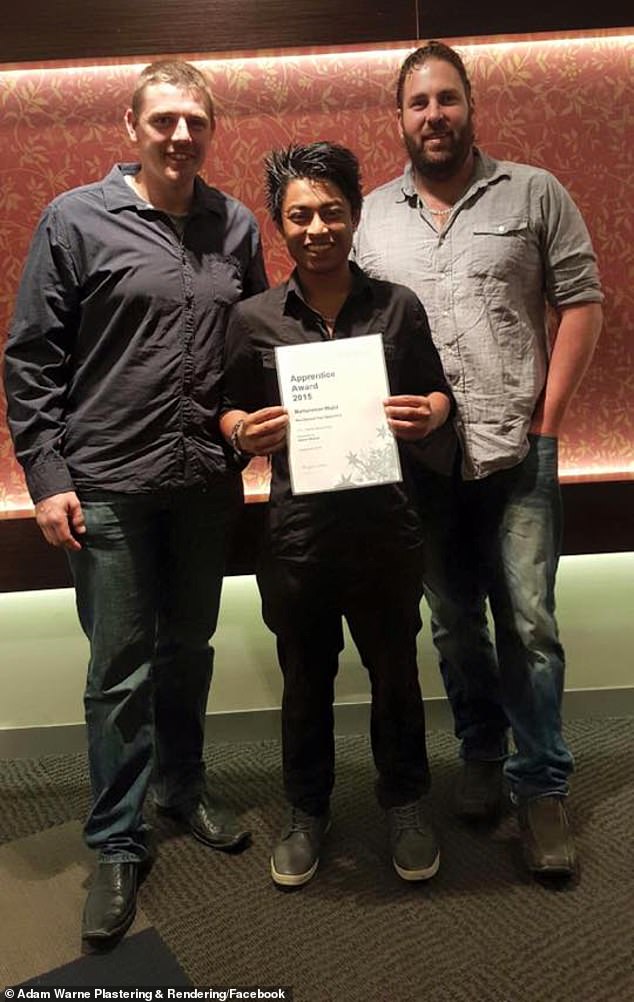 Adam Warne (pictured right), who has been vaccinated and does not support the demonstrations, says he knows of no traditions that have attended the protests. He is shown with an award-winning apprentice Taufiq Tolsma and a supervisor, Simon Beaty

“I was literally sitting in the doctor’s waiting room getting my first shot when it hit the news,” Mr Warne told the Daily Mail Australia.

They’ve fought with the police, smashed windows, threw urine at reporters, and even occupied the city’s Shrine of Remembrance, leaving piles of trash and urinating on the sacred site.

“Associating my name with someone like that made me devastated,” said Mr Warne. “It has absolutely nothing to do with us — I’ve never met the man wearing it.”

“Neither I, nor my company, nor any of my boys are supporting these protests.”

“My wife wasn’t very impressed, she’s a lawyer, so she had a very strong opinion about it. But there’s not much we can do about it.’

“From what we found out, the connection is one of our subcontractors we had late last year, a guy from Pakenham who wasn’t well, so we had to let him go.”

“A few of his buddies went to his house yesterday, borrowed his shirts and went to the protest. From what I’ve been told, the man wearing our shirt is not a tradition.”

“Unfortunately, it put my name there.”

When asked the Daily Mail Australia what he would say if he confronted the man with the shirt, Warne replied: “You don’t want to know, it wouldn’t be polite, but it would mean ‘give me my shirt back’.

The negative publicity comes as a shock since “I hand out shirts on site so we look professional.”

Melbourne residents, outraged by the protests, jumped on the images of his logo that appeared on the news and started sending him abusive messages.

“We’ve had threats, messages on my voicemail that they have my address and that they’re going to track me down.”

Mr Warne, who works up to 100 hours a week to support his family – he has four children between the ages of 7 and 17 – has been in damage control mode ever since.

“We cannot emphasize enough that we do not support the current protests, especially at the Shrine of Remembrance,” he posted on the AWP Facebook page.

“We are a small family business in regional Victoria and are doing our best to comply with all government guidelines regarding Covid-19 and the construction industry, including mandatory vaccination, so we can continue our plastering business that we love so much. ‘

“We do not appreciate receiving threats and death threats against our company and young family.”

AWP has approximately 40 employees, including some from the Melbourne suburbs.

Mr Warne said the incident supports his own speculation. Many of the protesters are not traditions.

“Personally I don’t know one person who went to any of the protests and we are dealing with hundreds and hundreds of traders,” he said. 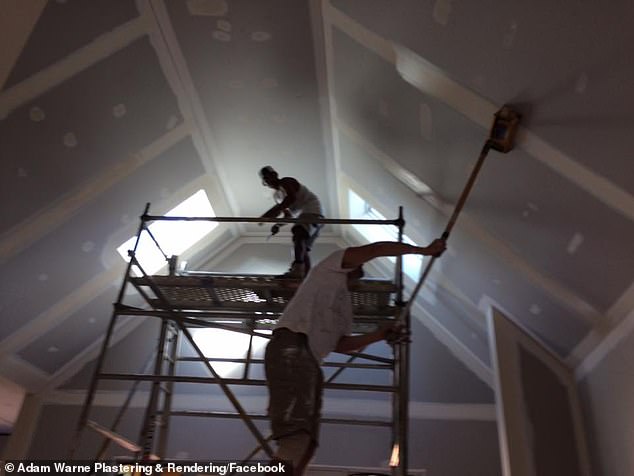 Adam Warne says none of his employees (pictured above) support the anti-vax, anti-lockdown protests

Warne said the protesters’ behavior was something he couldn’t understand from last week’s demonstration over the loss of lunchrooms.

‘We had a good laugh about that, those guys who drag tables out to block the street, yelling and going because you lost lunchrooms. Seriously, come to a roommate – we’re sitting on a bucket to eat our lunch.’

‘You look in the background at closed shops, entrepreneurs without income and those guys who complain that they don’t have a lunchroom, it’s a bit pathetic.’

“You can look at these guys and say they’re not real traditions.”

“I certainly learned a lesson. If I get rid of people, they have to return their shirts.’

The Hundred: Kerri-Anne Kennerley shocked by how many Aussies recognize her