By Charlotte Mitchell for Mailonline

A small plane crashed into power lines on Thursday, leaving the pilot trapped and dangling above the ground in Georgia.

The man, who had flown the plane from Florida, was stuck in lines at a Waycross high school for nearly two hours as rescuers worked to free him.

Photos shared by the Ware County Sheriff’s Office show the plane hanging upside down from the cable, tipping a pole supporting the lines.

News4jax reported that the man’s flight path revealed that he had come from Ormond Beach and was planning to land at Waycross Airport, just five minutes from where he crashed.

It’s not clear what caused the plane to become entangled in the lines, but the flight path showed the plane looped in the air before crashing.

The incident caused massive power outages across the province, affecting more than 300 people in the area, according to local media. 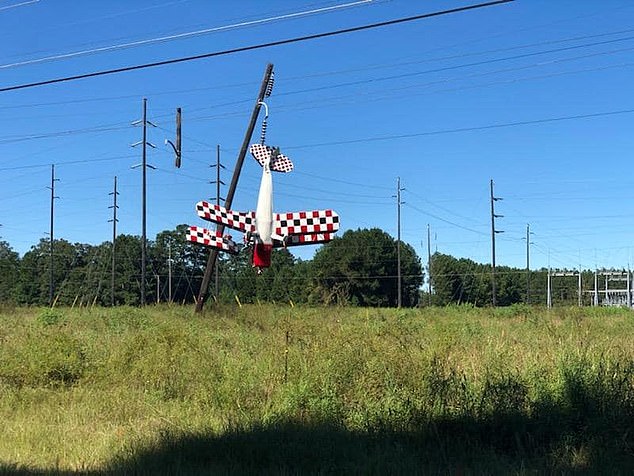 A small plane crashed into power lines on Thursday, leaving the pilot trapped and dangling above the ground in Georgia

The sheriff’s office said in a Facebook post that deputies, firefighters and paramedics responded to the crash at about 10:06 a.m. Thursday.

‘The final resting place of the small biplane was suspended in power lines. The pilot responds; Rescue crews have now been able to free him from the plane and provide full assistance as power needs to be secured before rescue attempts can follow,” the post read.

Georgia Power also assisted in the rescue, using excavators to stabilize the plane and a bucket truck to lift a crew member to assist the pilot, News4jax reported.

The pilot reportedly had a cut on his forehead, but was alert at the time of his rescue.

The Federal Aviation Administration said the National Transportation Safety Board will conduct an investigation into the incident. 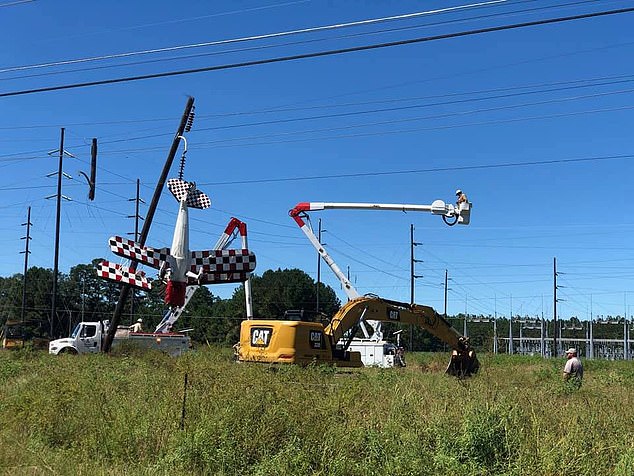 The man, who had flown the plane from Florida, was stuck in line at Waycross for nearly two hours as rescuers worked to free him