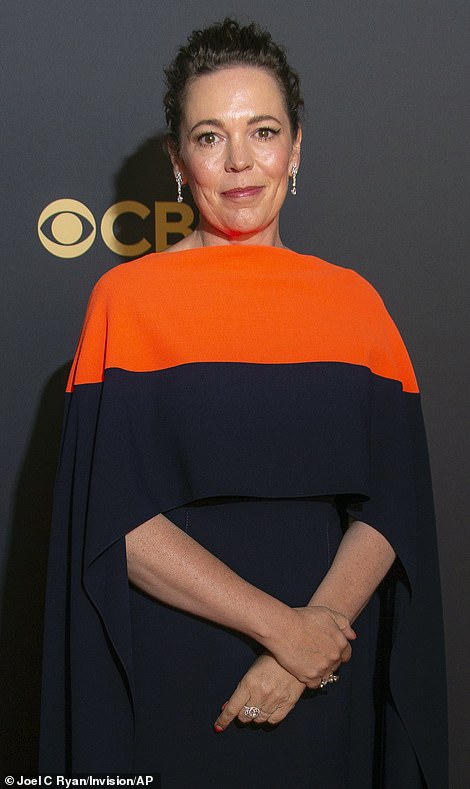 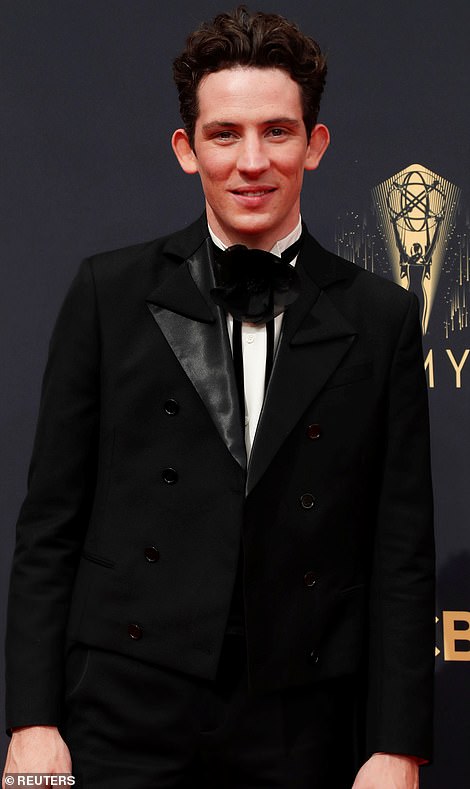 A shocked Olivia gave an emotional thank you to her late father when she received the honor virtually from London.

“I’d bet money on it not happening. I want to say thank you so much for this, this is great. And what a beautiful end to the most special trip with this sweet family.

“I loved every second of it and I can’t wait to see what happens next. And I’ll be real quick because I’m very in tears because I wish my dad was here to see this. I lost my dad during COVID and he would have loved all of this.”

Tobias was not present at the show, leaving host Kerry Washington to accept the honor on his behalf.

Winner: Gillian received the trophy for Outstanding Supporting Actress In A Drama Series

Gillian thanked her ex Peter Morgan, who made The Crown, and her best friend Connie Freidberg.

“I want to thank Peter Morgan for creating this role and Netflix for everything, everything,” Gillian said in her speech.

“But I really want to dedicate this award to a woman who was my manager for 20 years, Connie Freiberg, who believed in me when no one else would and who believed I had talent when I didn’t even think I had talent; who always advised me to take the main road; who was one of the best friends I’ve ever had in my life who wore the same dress for five years to every award show three times a year we went to.

Gillian thanked her ex Peter Morgan, who created The Crown, and her best friend and manager Connie Freidberg