A nursing home worker who beat and dragged a man with Down syndrome has been jailed today.

Peter Lucas was so upset by his treatment that he hit his own head against a metal railing five times before being dragged back inside.

Czech carer Sona Mertova collapsed when she was sentenced to six months.

Lewes Crown Court learned that the 47-year-old was working as a team leader at the Worthing care home, where 36-year-old Lucas had moved after the death of his mother Mary.

His Honorable Judge Mark van der Zwart told Mertova through an interpreter that she had been violated by the Lucas family, her employers and the wider society.

The incident was caught on video by a neighbor who began filming after hearing a scream coming from the yard of the care home. 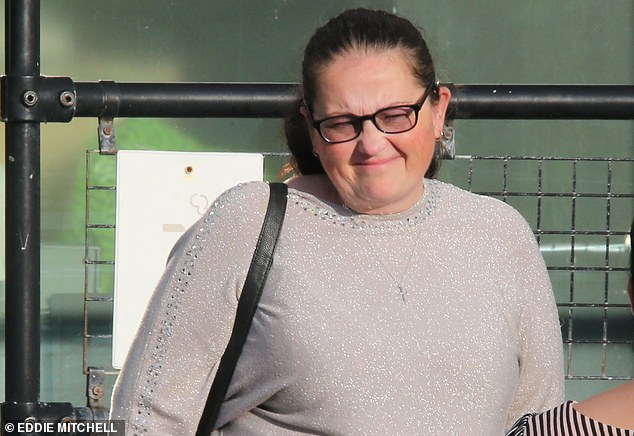 Sona Mertova went into the yard and punched him in the face as Mr. Lucas sat on a rocking chair.

Mertova then dragged him off the chair and pulled the entire device on top of them both.

In the video, shown in court, she drags him away before grabbing a metal railing.

Mr. Lucas can be seen banging his own head against the railing in distress before Mertova punches him again and drags him into the care home.

In an emotional personal statement, his father John Lucas said the family was tormented with guilt for not being able to care for Peter at home.

Mr Lucas wrote: ‘On behalf of my son, this is another devastating blow to our family as we lost my wife in March of this year.

“Peter has been dealing with this, which is even harder for him to express how sad he felt and felt at the time. 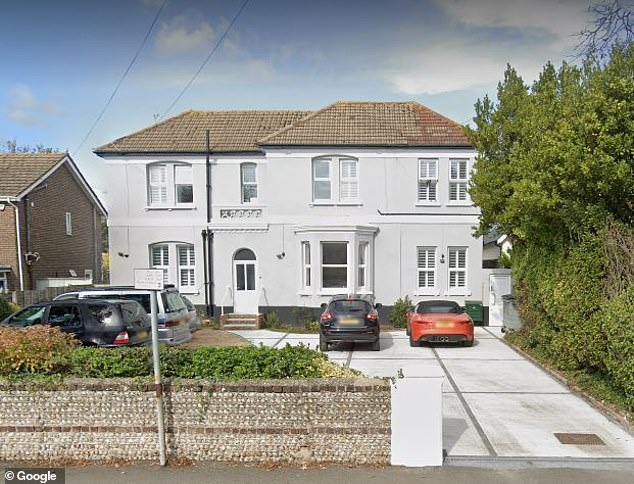 The incident took place at Sutton Court residential care facility, where Mertova worked as a team leader and Mr Lucas had moved after the death of his mother Mary in March this year.

‘Peter has trouble understanding people and would not have been able to understand the carer if her English is shown to be poor.

How could that have helped her in her role of caring for some of the most vulnerable?

“As a family we agreed to move Peter to Sutton Court to take advantage of the care and kindness we were told.

“Tragically, this didn’t happen. Instead, he continued to suffer.

‘My wife’s last wish was to have Peter in a safe, happy and secure environment and this broke our hearts.

“If my wife were still alive, she’d be devastated.

“It was a very difficult decision to place Peter in a home and we felt unable to meet his needs to allow him to live as full a life as possible.

“We feel we have now let him down and he would and will always be loved in our family.”

He thanked the neighbor who filmed the incident. 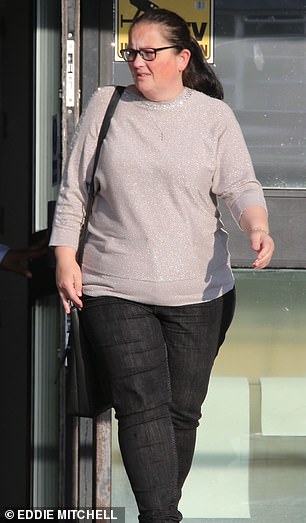 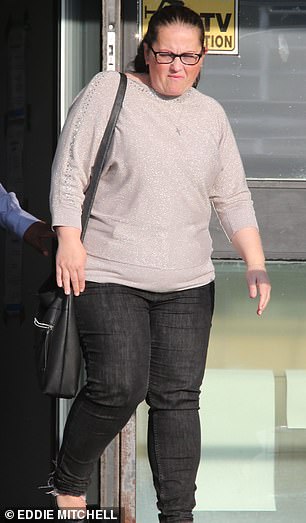 Mertova, 47, burst into tears when told she would face a custodial sentence

“With people who care enough to come forward, together we can do our best to prevent this,” said Mr. Lucas.

Lucas was described in court as a vulnerable adult with Down syndrome.

Prosecutor Charles Drinnan described the incident and told the court: “It is clear from the outset that the defendant approaches the victim very aggressively and immediately hits the victim on the head with her right hand.

“It’s an ongoing incident with some pushing and grabbing with a lot of violence.”

Judge van der Zwart told Mertova: “Common sense and decency suggest there were other ways to deal with this situation.

“You behaved towards him with aggression and a complete lack of compassion, dignity and respect. 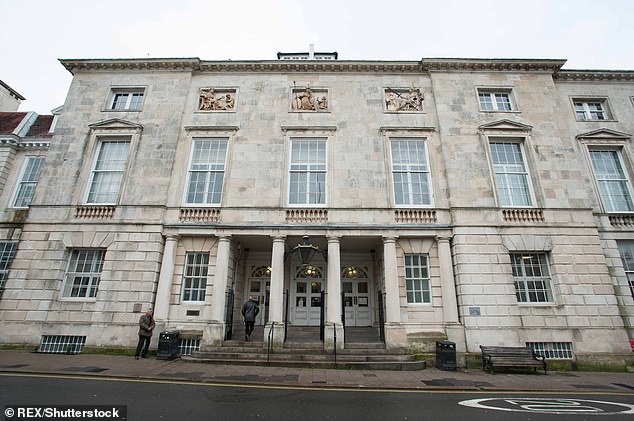 “This was a relatively lengthy incident. It was not a temporary loss of control.

“Those who violate that trust with acts of aggression and violence should expect immediate prison terms,” ​​the judge said.

David Bathurst, on behalf of Ms Mertova, said she bitterly regrets what she did after working long days in the care home.

“This was a terrible incident,” said Mr Bathurst.

Her judgment was clouded by the long shifts she worked.

She acknowledges that she used excessive force to ensure that the victim does not harm herself.

“It is tragic that one moment of madness has such devastating consequences,” said Mr Bathurst.

Mertova pleaded guilty to assault by a counselor at a previous hearing.

She will spend half of her sentence in prison before being released on a one-year license.