By Eleanor Hayward Health Correspondent for The Daily Mail

Women who miscarry are more likely to be offered help under proposed new guidelines to avoid losing more babies.

Currently, they are only eligible for tests and examinations on the NHS if they have had three miscarriages in a row.

Charities say this “rule of three” results in thousands of women and their partners experiencing devastating further losses that could have been prevented.

Updated guidelines released last night by the Royal College of Obstetricians and Gynecologists will mean women can get support after a first miscarriage.

The Royal College wants all NHS trusts to adopt policies and revolutionize care for women suffering from the ‘disturbing, upsetting and traumatic experience’.

About 1 percent of couples lose three or more babies to miscarriage, defined by the NHS as pregnancy loss before 24 weeks. One in four pregnancies ends in miscarriage, with an estimated cost to the economy of £471 million years in healthcare and lost productivity.

Many women struggle to find out if there is an underlying cause and are simply told to try again.

The new guidelines say that information to increase the likelihood of future success should be offered after a first miscarriage.

Women who have a second one are offered an appointment at a specialist clinic to determine the cause and provide more help with future pregnancies.

After three years, they are eligible for large-scale research and care, such as blood tests to detect any genetic abnormalities.

The guidelines, which redefine “recurrent miscarriages” and include non-consecutive events, will be finalized by the end of the year. Charities last night called for an ‘NHS commitment’ to implement them.

The document also summarized new evidence about possible causes of miscarriage. This highlights for the first time that men’s age is a risk factor for recurrent miscarriages. Other factors include being black or Asian, underweight or overweight, smoking and excessive caffeine intake. 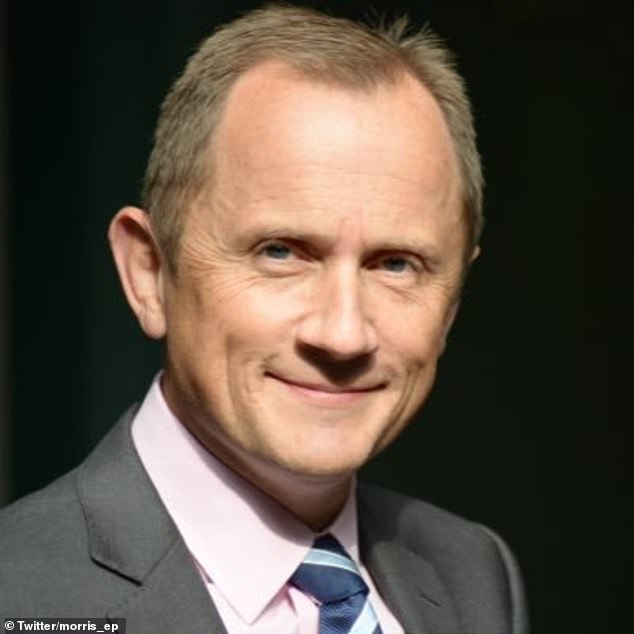 dr. Edward Morris, (pictured) president of the Royal College, said: “Miscarriage is a disturbing, upsetting and traumatic experience for many women and their partners. We believe that women should have access to appropriate and standardized care after their first miscarriage and therefore we endorse the graded model for miscarriage care’

dr. Edward Morris, president of the Royal College, said: “Miscarriage is a painful, upsetting and traumatic experience for many women and their partners.

‘We believe that women should have access to appropriate and standardized care after their first miscarriage and therefore we endorse the graded model for miscarriage care.’

Jane Brewin, head of Tommy’s baby loss charity, welcomed the move by the Royal College, which she said was in line with her organization’s recommendations, supported by research published in the medical journal The Lancet.

She added: ‘We know what to do and how to do it, so now we need a commitment from the whole NHS to develop these pathways of care and improve support for all.’

We pay the HRT of our staff

Retail chain Timpson announced yesterday that it will cover the costs of hormone replacement therapy for menopausal staff.

James Timpson, CEO of the shoe repair and locksmith company, was hailed when he unveiled the move on World Menopause Day.

HRT prescriptions are free in Scotland and Wales, but patients in England have to pay £9.34 for each monthly round of hormone replacement.

MPs are campaigning to remove this injustice. Mr Timpson said yesterday: ‘As of today, all my colleagues can claim their prescription costs when HRT is recommended to them.

‘It is so important that we support our colleagues during the menopause.’

Labor MP Carolyn Harris, who will introduce a bill on October 29 to cut costs for HRT, said: “This is a testament to what a fantastic employer they are and how much they care about the well-being of their staff.”

Amy Schneider breaks another Jeopardy record with a winning streak with $1.3 million…