My haven, Pat Cash: The Wimbledon champion turned tennis expert, 56, in the kitchen diner of his West London flat

By Peter Robertson For Weekend Magazine 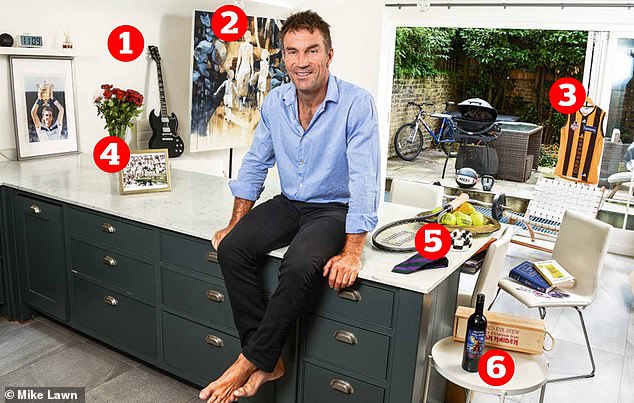 There was always a lot of music in our house. My father sang, one aunt was a concert pianist, another was an opera singer and my sister still is. I started playing guitar when I was 17 – this was kindly given to me by Tony Iommi of Black Sabbath.

I can play proficiently and have played with Roger Daltrey and the guys from Iron Maiden and Thin Lizzy. I am definitely a frustrated rock star, but tennis has probably been better for my wellbeing!

I have four children. Two of them, Daniel, 35, and Mia, 33, are by artist Anne-Britt Kristiansen. Two years ago she had an exhibition that included this photo of Mia and her first two children, and I was happy to buy it.

I also have 26-year-old twins from my ex-wife Emily, and for six years I’ve been in a relationship with Catherine Wilson, who runs skincare company Oliviere Wilson.

Although I have lived in London since 1985, I was born and raised in Melbourne and come back there once a year.

This is the shirt of the most successful Aussie Rules football club of my generation, Hawthorn – known as The Hawks – which I have supported since childhood because my father played for them. 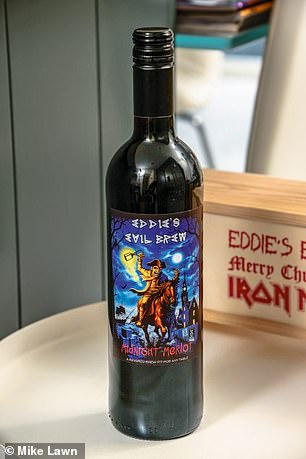 As a kid I always wore their sweater, even to church! I played Aussie Rules myself until I was 15 when tennis took over, but it’s still my favorite sport, even above tennis.

The night before the 1987 Wimbledon final, I said to myself, ‘If I win, I will climb through the stands to share my success with my loved ones and team.’ I didn’t tell anyone beforehand because I didn’t want to mess it up.

But after shaking Ivan Lendl’s hand at the end of the match, I made my way through the crowd and on top of the comment box, as shown in this photo. It felt so natural and I wondered why it hadn’t been done before. However, it has happened many times since – it’s the Pat Cash climb!

5 A DREAM IN FULFILLMENT

I first played tennis when I was nine, and as a child I dreamed of winning Wimbledon, the Australian Open (which I almost did) and helping my country win the Davis Cup (which I did twice). Here’s a racket and headband I used when I won the Wimbledon men’s singles in 1987 at the age of 22.

That changed my life and also meant I joined the All England Club which is a great honour, and this is my member’s band. Outside the championships, I chat at the club and play on member days. When I’m there, I’ll check to see if my name is still on the trophy and on the championship board!

6 MUSIC FOR THE SOUL

I grew up listening to the Australian rock band AC/DC, but during my tennis career I also often listened to the English heavy metal band Iron Maiden on my headphones, especially the album The Number Of The Beast. They are super nice guys, and I’ve been friends with them for 36 years.

They gifted me this bottle of wine. The barbecue in the back was a present from another English mate.

My specialty is ribeye steak with a marinade tip I stole from Jamie Oliver…only he and I know the secret. I’m saving it for my Pat Cash Cookbook, but that will never come true!