My Haven, Don Black: the award-winning lyricist, 83, in the den of his West London home

My Haven, Don Black: the award-winning lyricist, 83, in the den of his West London home

By Angela Wintle For Weekend Magazine 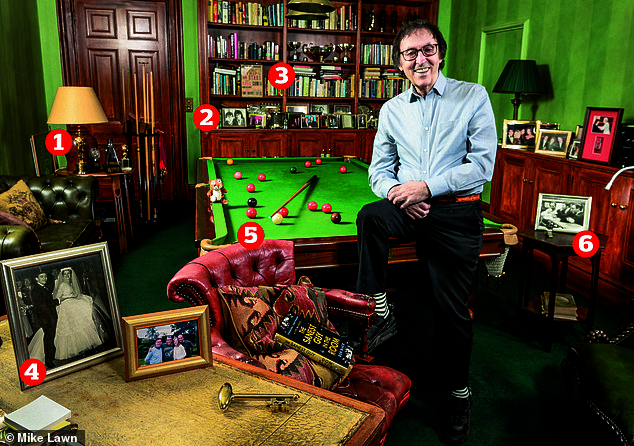 I won this Oscar along with John Barry, who wrote the music, for the title song of the 1966 film Born Free. The film’s producer, Carl Foreman, didn’t like it and removed it from the soundtrack, but it became a huge hit when pianist Roger Williams recorded it. Columbia Pictures then remembered every movie print and added the voice of my friend Matt Monro. On Oscars night, Foreman said to me, “Well, it grows on you.”

This photo with Andrew Lloyd Webber was taken in 1979. We worked together on Aspects Of Love and Sunset Boulevard, for which I won two Tony awards, and other shows. I am godfather to his son Alastair, and I love Andrew’s enthusiasm and how he handles things.

In the late 1950s I was a stand-up comedian, playing in some of the UK’s famous music halls – my name is on this 1958 comedy poster of the Aston Hippodrome, Birmingham. I blame myself for Variety’s death.

Comedy was in my blood – it was a shame it wasn’t in my act. I was young and my material was better suited to the middle-aged American comedians I copied, like Bob Hope. 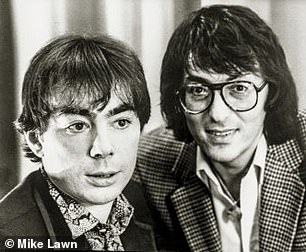 I was 16 when I met my wife Shirley at a social club in Clapton in East London, and this is our anniversary in 1958. We had been married for 60 years and had two wonderful sons, Grant and Clive.

Sadly, she died of sepsis in 2018 and there are no words to describe the pain of losing her. I always sang my lyrics to her and she was my best critic. She would close her eyes and listen, and if I understood correctly, tears would roll down her cheeks.

I write a lot of my lyrics here, on the snooker table, and when I feel like a break, I pot a few balls. I’m not good, but when I try to pocket a ball I don’t think about anything else – it’s cheaper than therapy. Snooker champion Jimmy White gave me this cue, but unfortunately none of his skills were added. He gave me a 75 start and still beat me.

When composer John Barry asked me to write the lyrics for the theme song to the 1965 Bond film Thunderball, it changed my life. This is us with Tom Jones at the recording.

Tom nearly passed out when he hit the high note at the end. I wrote four more Bond songs, including Diamonds Are Forever. This watch, marked 007, was given to me by Bond producers Barbara Broccoli and Michael G Wilson to celebrate being part of the Bond family.

As told to Angela Wintle. Don’s book, The Sanest Guy In The Room, is now available in paperback (Constable, £10.99). Sunset Boulevard is in the Royal Albert Hall on December 3, see royalalberthall.com