The tourist attraction you need a military escort to visit: Museum opens in the DMZ between North and South Korea

By Ailbhe Macmahon For Mailonline

A new art museum has opened along the border between North and South Korea – and you’ll need a military escort to visit it.

The ‘Unimaru’ Museum is located in the Korean Demilitarized Zone, also known as the DMZ. This is the approximately 241 km long demilitarized strip of land that runs between the north and the south. Founded in 1953 in the wake of the Korean Civil War, it is laced with barbed wire, land mines, and other barriers.

The museum’s mission, the first museum in the DMZ, is to “provide a platform for peaceful unification” through art. 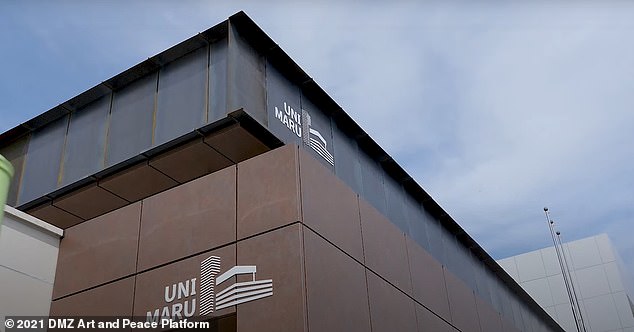 The Unimaru Museum, pictured, is located in the Korean Demilitarized Zone, also known as the DMZ 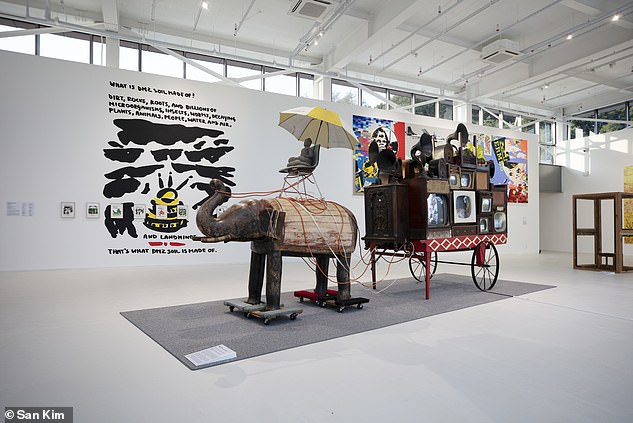 Both North and South Koreans are allowed to visit the DMZ on guided tours – in fact, the area has proven to be a popular tourist attraction in recent years.

However, because the museum is built within the South Korean side of the border, access is only available from the south.

To access the ‘Unimaru’ art museum, which is free to enter, visitors must make a reservation and request a military escort through the Ministry of Unification.

Once the reservation is confirmed, visitors will be picked up by the museum shuttle at a designated pick-up point just outside the Civilian Control Line – the buffer zone at the DMZ.

Unimaru hosted its inaugural exhibition this fall. Under the title ‘2021 DMZ Art and Peace Platform’ it showed work by 32 artists.

For future exhibitions, the Inter-Korean Transit Office of the Ministry of Unification hopes to send an official invitation to North Korea for their possible participation, we are told. 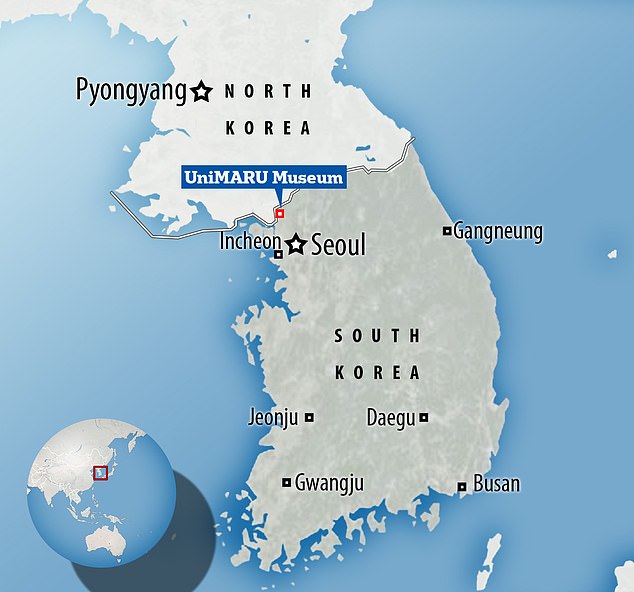 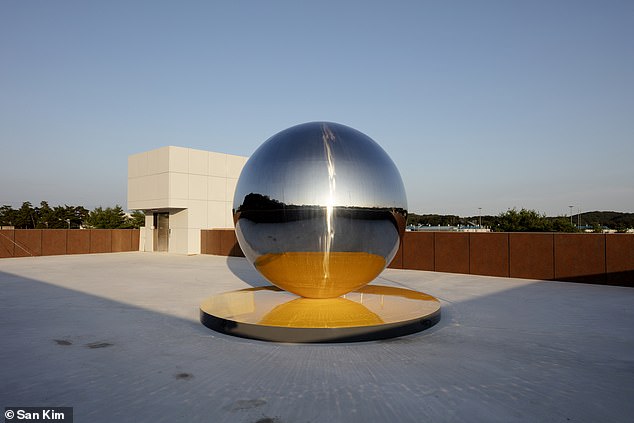 The Unimaru Building was originally built in 2003 as a temporary customs and inspection office known as the Inter-Korean Transit Office Building. It closed in 2007 and remained vacant for the following years.

Earlier this year, it was renovated by Hyunjun Mihn of Mpart Architects, who previously designed the National Museum of Modern Contemporary Art in Seoul.

In a statement about the 2021 DMZ Art and Peace Platform, Artistic Director Yeon Shim Chung said the DMZ is “a physical scar on the land, a place where the cruel memories of war linger but are also redefined” and that ” civilian access to the DMZ is restricted for security reasons… the numerous undiscovered landmines in the DMZ still pose a real threat to the apparently peaceful landscape’.

She added that the exhibition was an effort “to construct peace and ecological zones to re-imagine Korea’s DMZ, which is currently a symbol of division and war” and to “establish art communities in the DMZ to the painful memories of the Past’. 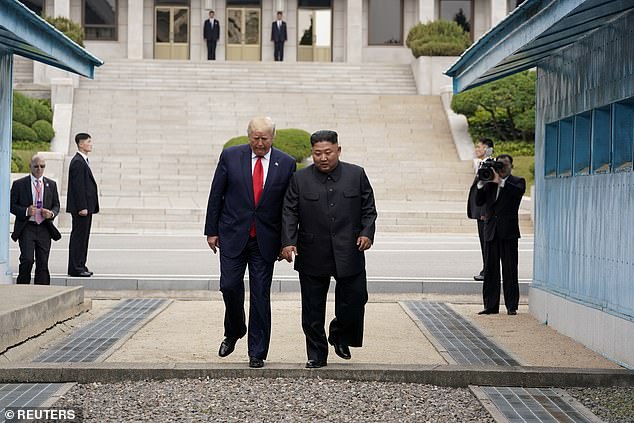 Another DMZ attraction is the Joint Security Area, where Donald Trump met Kim Jong-un in 2019 (pictured) 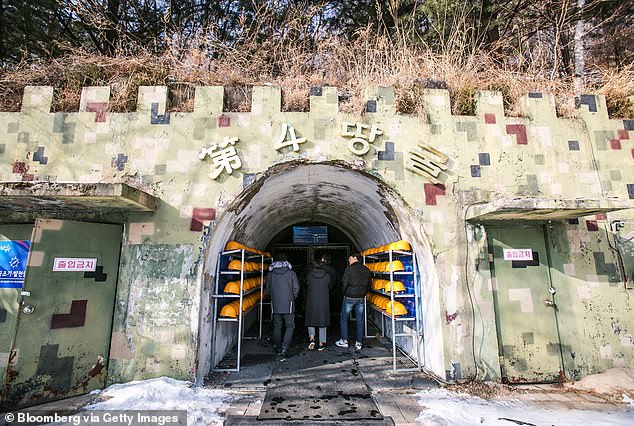 Guided tours of the infiltration tunnels under the DMZ can be taken from the south. Pictured is the ‘Fourth Tunnel’

The exhibition was also held at the nearby Paju Guard Post and Dorasan Station, and at Jejin Station in Goseong-gun and the National Institute for Unification Education.

The exhibition follows on from the work of the Real DMZ Project, a research-led initiative founded in 2011 that, together with artists and academics, creates projects and exhibitions that deal critically with the area.

Another DMZ attraction is the Joint Security Area where Donald Trump met Kim Jong-un in 2019. There, visitors from the north and south can have their photos taken while standing on opposite sides of the military demarcation line — officially a foot in the north or South Korea.

Guided tours through the infiltration tunnels under the DMZ can also be taken from the South. First discovered in the 1970s, these tunnels are said to have been dug through the north in a failed attempt to invade the south. However, the North never took responsibility for the construction of the tunnels.