Students at a Minnesota school will no longer see an “F” on test papers — no matter how badly they do — and they could be allowed to retake exams.

Expanding, Associate Principal Norman Bell said students are encouraged to recreate/revise tests, quizzes, papers, projects and have a 10-day period to do so from the date the grade is published.

Grades are also not increased or decreased based on behavior, attitude, lateness, and whether the assignment was turned in late or on time.

“There are other ways we can communicate those things to parents,” said headmistress Christina Pierre, emphasizing that not every child gets it right the first time. 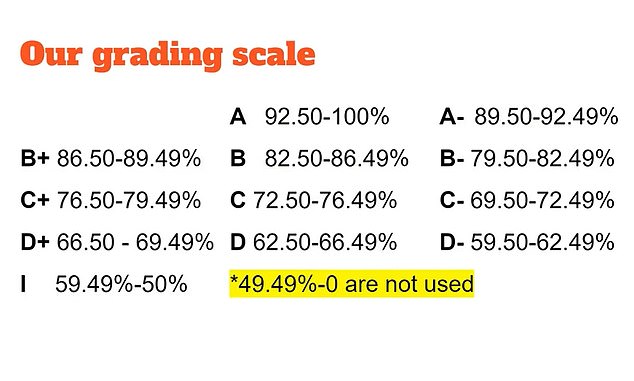 The scale goes from an A (any score above 92.5 percent) to an I (50 percent to 59.49 percent) but below that no letter is used for the grade, including the letter F 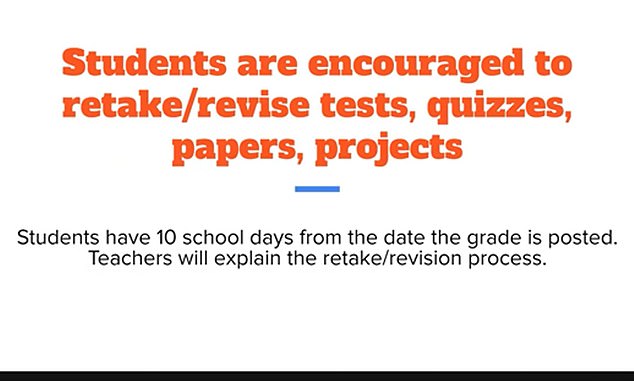 Associate Principal Norman Bell expanded the new scale and said students are encouraged to recreate/revise tests, quizzes, papers, projects and have a 10-day period to do so from the date the grade is posted

Pierre adds that there will be procedures for students to actually learn and study for the resits so they can show progress.

District superintendent Wayne Kazmierczak was awarded Minnesota Association of School Administrators 2021 Superintendent of the Year. It is not clear whether the grading scale will be used in all districts.

He discussed how grades can perpetuate systemic racism when discussing his award, revealing that the district conducted an “equality audit” that revealed inequalities in grades among students of color.

“Grading can be one of the biggest areas in which systemic racism and inequality are perpetuated. dr. Kazmierczak and [the school district] believe that grades should be a measure of what a student knows and masters in a particular course. Grades should not be a behavioral punishment or a measure of how well a student can survive stress at home,” the website reads.

In the past, the school has made headlines for letting students choose how much privilege? have different social groups.

According to the website nicheConnecting people to their future schools, neighborhoods and workplaces, White Bear Lake schools are ranked 99th in the state. Sunrise Park is ranked 128th out of nearly 400 high schools in Minnesota.