Two Melbourne Storm players have been filmed using a ‘white substance’ just hours after they were bounced out of their Grand Final qualifier against the Penrith Panthers on Saturday.

The NRL has confirmed that they are investigating the shocking video posted on social media. The embarrassing discovery comes just before the star-studded Dally M awards to be held in Brisbane for the first time on Monday.

Footage taken with a mobile phone, seen by Daily Mail Australia, appears to show two star players in a hotel room with white powder on a table, along with a rolled up note and a card.

Several other unknown men can also be seen in the room.

Melbourne Storm management has not yet released a statement about the incident. 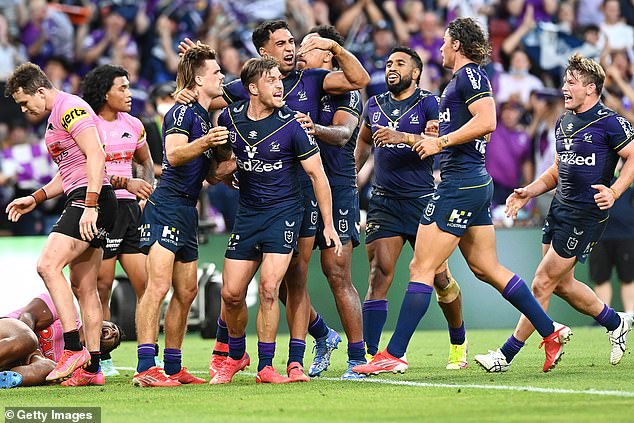