Max Verstappen laments ‘TERRIBLE’ final round in qualifying after sending his Red Bull car into the wall in Saudi Arabia, as Formula 1 championship hopeful admits P3 start to Jeddah Grand Prix ‘disappointing’ is

Max Verstappen was unable to hide his disappointment after his dramatic qualifying crash as the Red Bull star labeled his last-lap woes as ‘terrible’.

Verstappen, 24, looked destined to take pole position from champion rival Lewis Hamilton on his final flying lap in Jeddah, but a critical error in the third sector saw the Dutchman cut the barrier and stop.

The Red Bull driver had to settle for P3 on the grid, with Hamilton taking pole and Mercedes teammate Valtteri Bottas blocking the front row in P2. 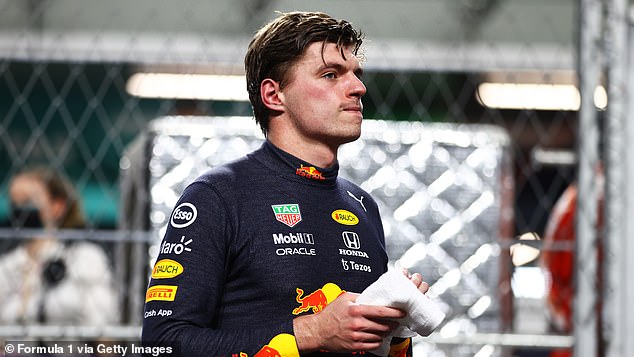 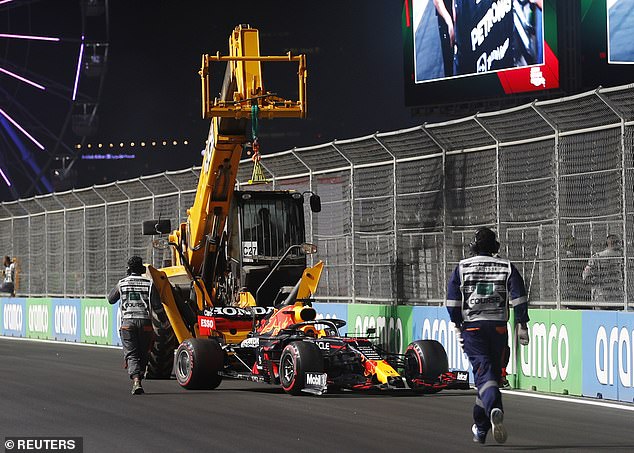 And Verstappen complained about his devastating last lap, calling it “terrible” and admitting his P3 starting position is “disappointing”.

“It was terrible, but overall it was a good qualifying,” said Verstappen Sky Sports F1. “It was a bit difficult to put on the tires on the street circuit, but I knew the pace was there and it showed.

“I don’t really understand what happened but I locked up and of course I was still trying to keep the car on track, trying to finish the lap, but clipped the rear and had to stop.

“P3 is a bit disappointing, knowing what lap I was on, but nevertheless it shows the car is fast and let’s see what we can do in the race.” 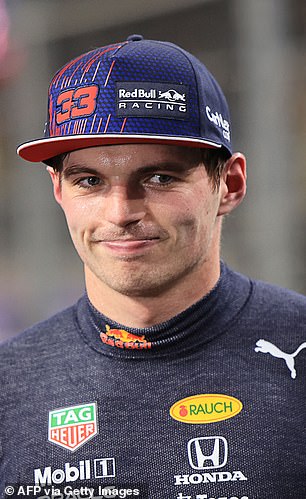 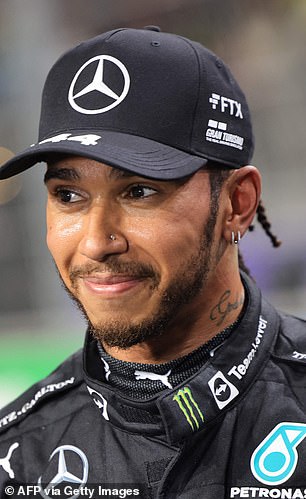 Asked about possible damage to his gearbox, Verstappen said: “I don’t know, I stopped right away, so let’s see.”

“What a tough track this is,” said Hamilton. “It’s amazing what they’ve designed here. For us to get a one-two, I’m proud of the guys.”

Hamilton, 36, remains an increasing threat to Verstappen’s ambitions, having won the previous two races ahead of qualifying under the lights. The race will likely attract safety cars due to the nature of the track and it’s all to play for.