The Washington DC home, where legendary chef Julia Child prepared some of her most famous dishes that appeared in her classic book Mastering the Art of French Cooking, has retailed for $3.5 million.

The 3,150-square-foot butter-yellow clapboard house, at 2706 Olive Street in Georgetown, was the beloved chef’s home from 1948 to 1959. During that period she also lived with her husband Paul in Paris, where she continued her journey to culinary greatness.

The three-bedroom, three-and-a-half-bath Georgetown home was restored and renovated by current owner Rory Veveers-Carter, who purchased the two-story home in 2015 for $935,000.

Child, who died in 2004, pioneered TV cooking shows when her show The French Chef debuted in 1963.

The listing revealed that Veveers-Carter’s grandmother was an “avid viewer of Julia’s cooking shows” and was “lured to the enormity of the project after the building fell into disrepair…working tirelessly to preserve this landmark home.” ‘ 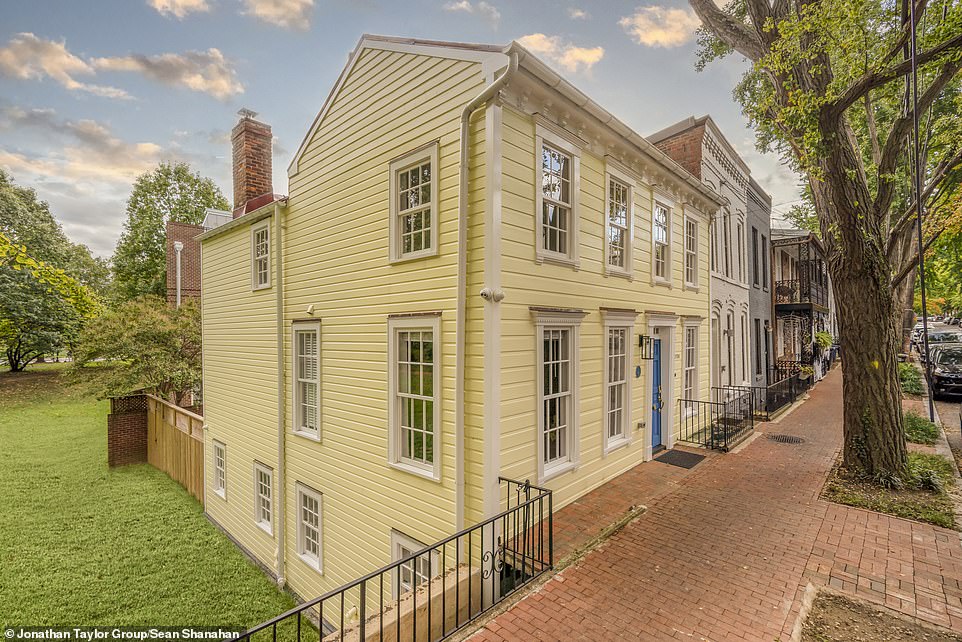 The 3,150-square-foot Georgetown home of former chef and television star Julia Child has hit the market for $3.5 million 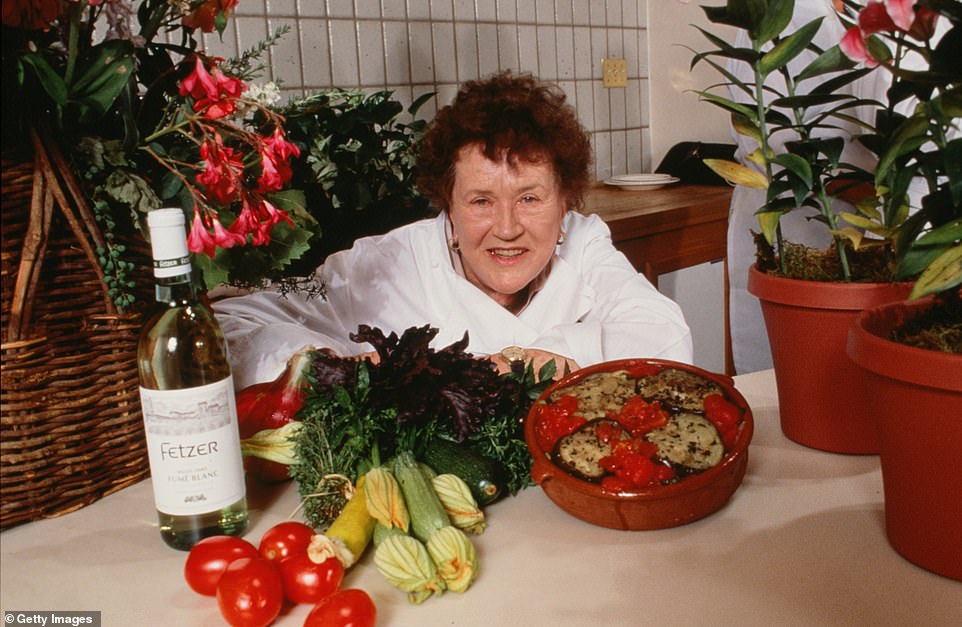 Child lived in the house with her husband Paul from 1948 to 1959. She taught French cooking and created some of her famous recipes in the home kitchen

Child had remodeled the kitchen on her return from Paris in 1956 and installed a $400 Garland Model 182 stove with a six-burner commercial gas stove and steel griddle.

That stove is now on display at the Smithsonian’s National Museum of American History.

It did retain the shade of her original kitchen walls and a window featured in her cooking shows.

“This window into the history that sparked an American food revolution, encased in glass, is a classic conversation starter for guests,” the entry reads. 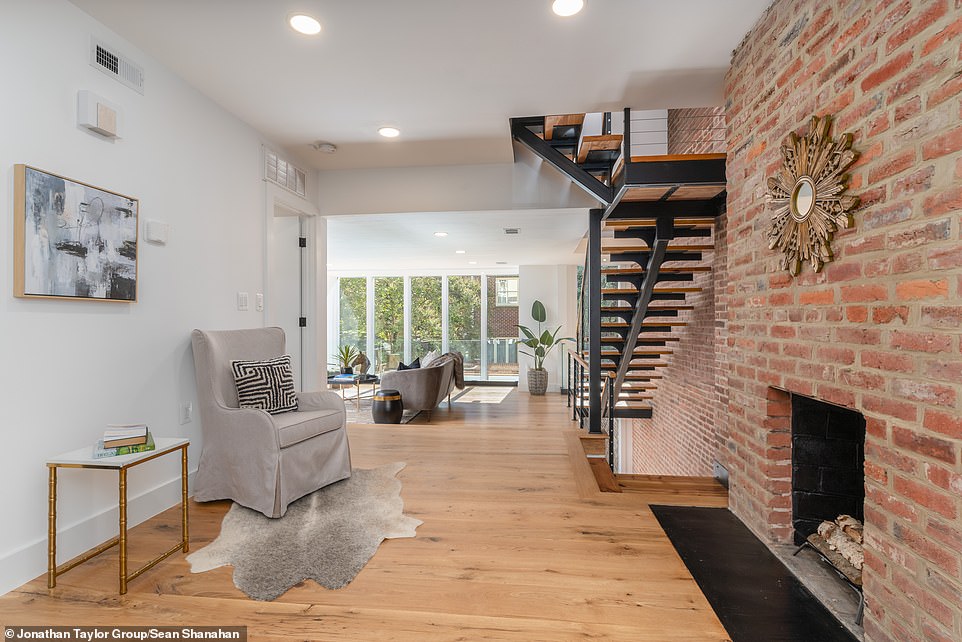 Current owner Rory Veveers-Carter bought and started renovating the house in 2015, with a more open concept 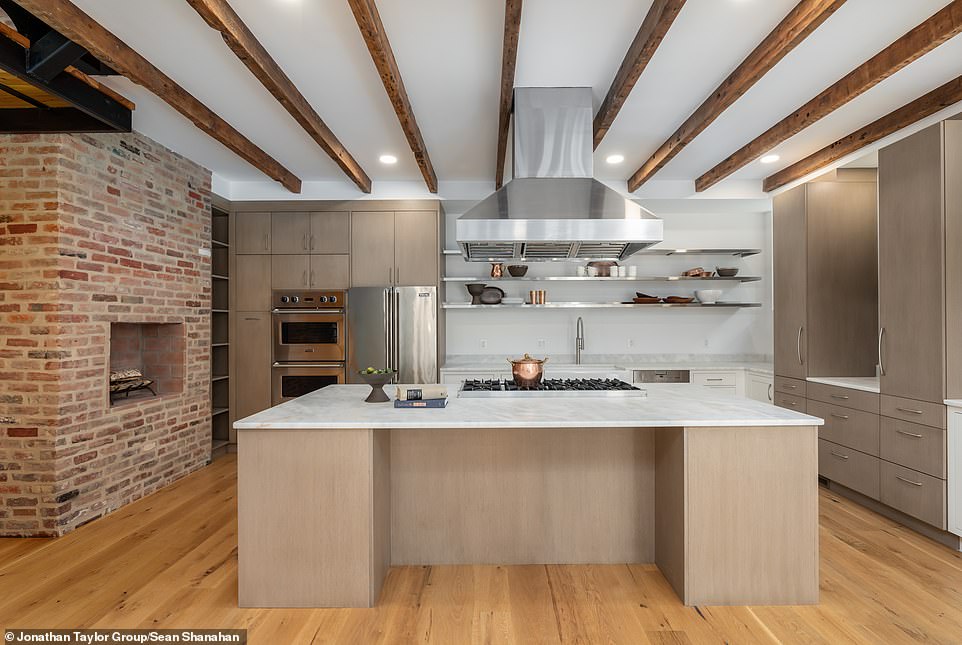 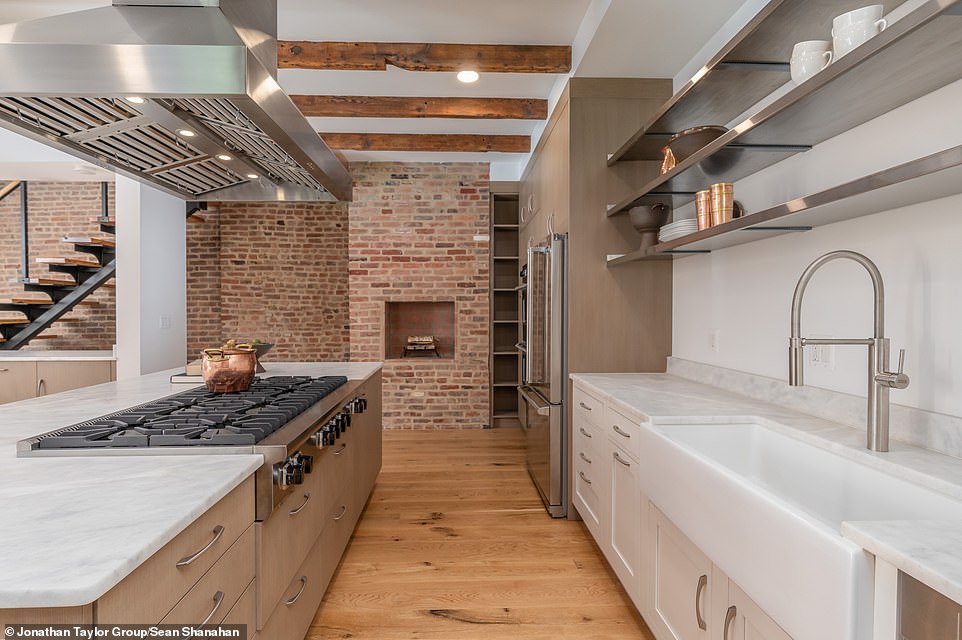 The lady owner has also kept a bit of Child’s charm in the kitchen by keeping some of the original paint she had? 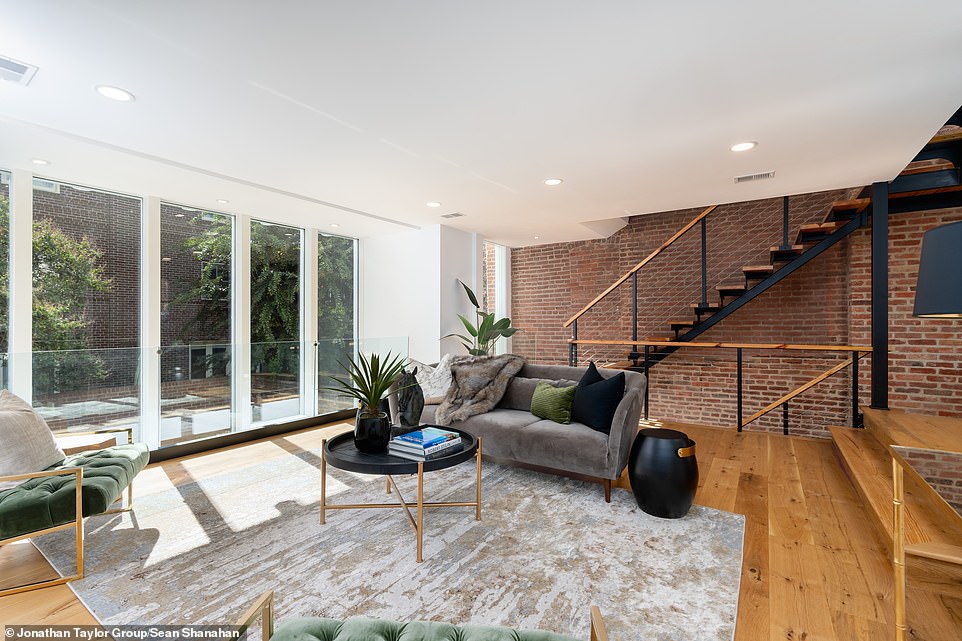 In terms of renovations, exposed brick and wooden beams were used, along with a natural light concept 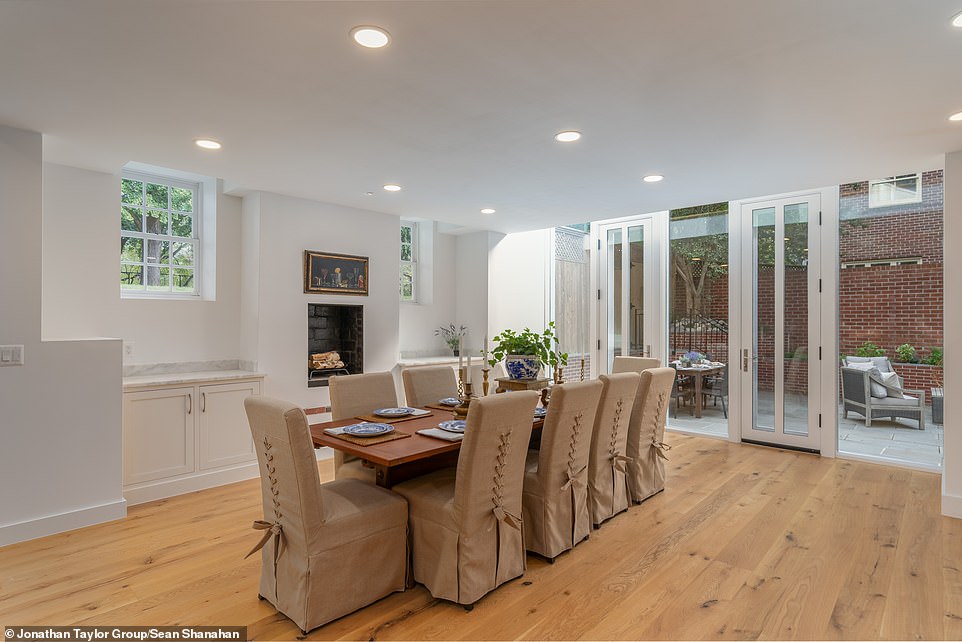 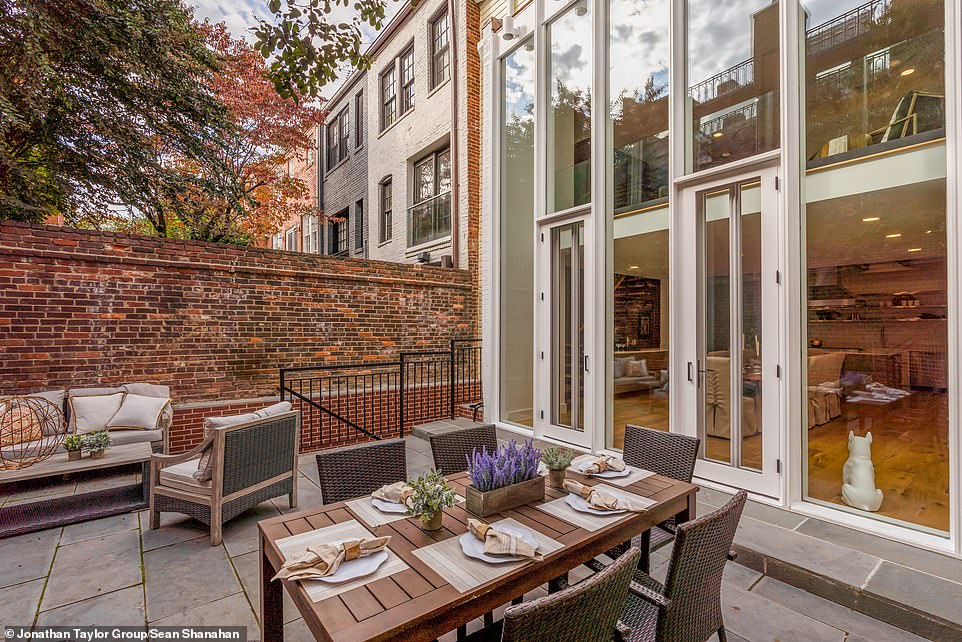 In addition to the famous kitchen, the house has exposed brick walls and wooden beams with an open floor concept on the first level with a living room, office, foyer, working fireplace and powder room.

Upstairs there is a master bedroom with an en-suite bathroom and two further bedrooms, one of which has an attached full bath.

A small room below the kitchen was converted by Veveers-Carter into a study, laundry room and a private Turkish bath.

A spacious outdoor terrace extends from the kitchen and there is a lower level with an entrance accessible via a green stone staircase.

Prior to the purchase of Veveers-Carter, architect Hugh Newell Jacobsen had refurbished the house in the 1970s. The updates include adding a spiral staircase, which has since been removed, and adding a wall of windows.

The house was built in 1869 by African-American architect Edgar Murphy when the neighborhood was inhabited by predominantly black residents and had lived there with his family until his death in 1908, according to the Washington Post. 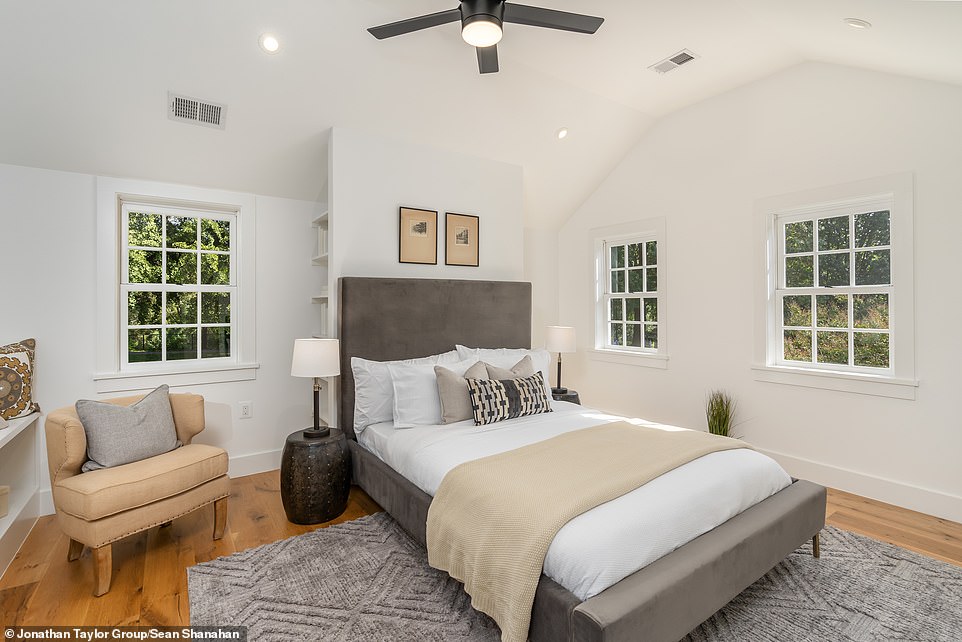 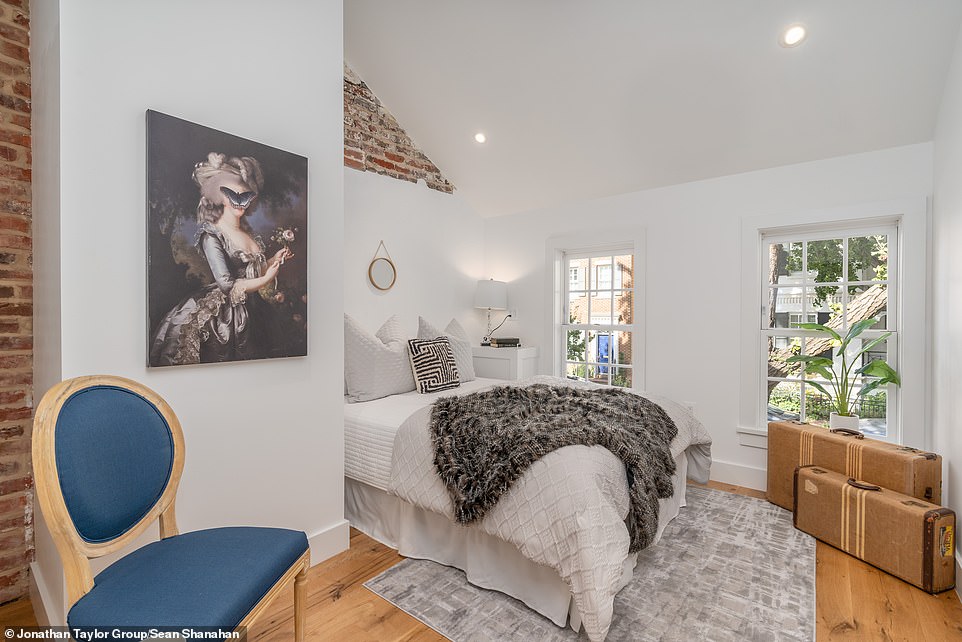 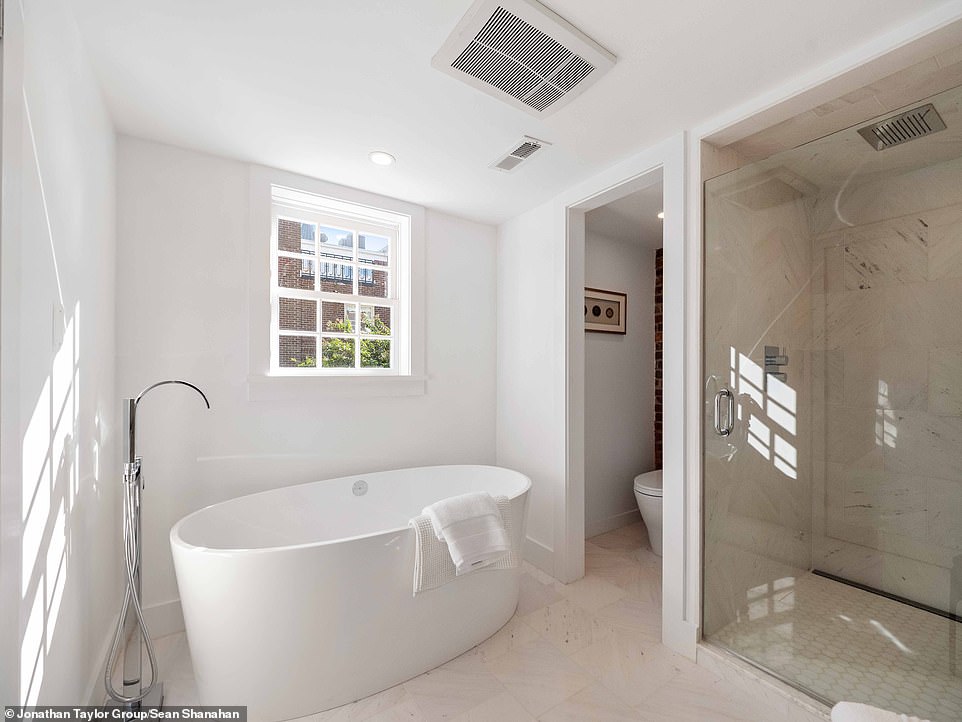 The marble bathroom is equipped with the typical amenities, such as a bath and shower and a separate toilet 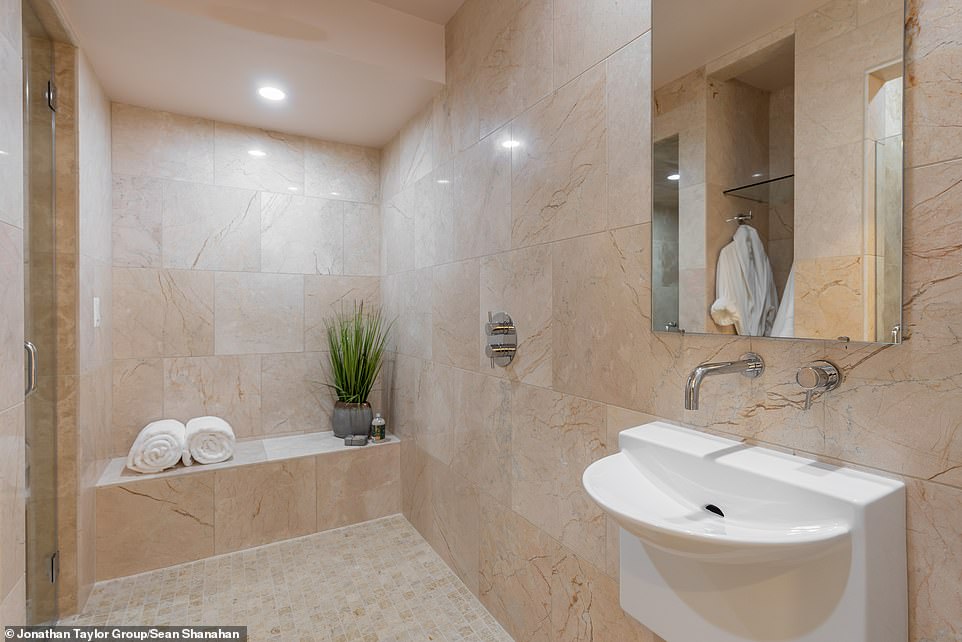