By Richard Gibson For The Mail On Sunday

Jordan Cox enjoyed an unforgettable evening both with bat and in the field to help Kent to the Vitality Blast title – their first silverware since 2007.

The 20-year-old hit an undefeated 58 with some daring strokes, but nothing could match the astonishing stretch of fielding that sucked the wind out of Somerset’s sail.

It came when with 74 required from 39 balls, Somerset captain Lewis Gregory towered a blow over the midwicket from veteran all-rounder Darren Stevens and watched in disbelief – along with 24,000 others in Edgbaston – as Cox emerged in the air before the Eric Hollies went standing and knocked the ball from behind the rope back into the palms of the grateful Matt Milnes in it. 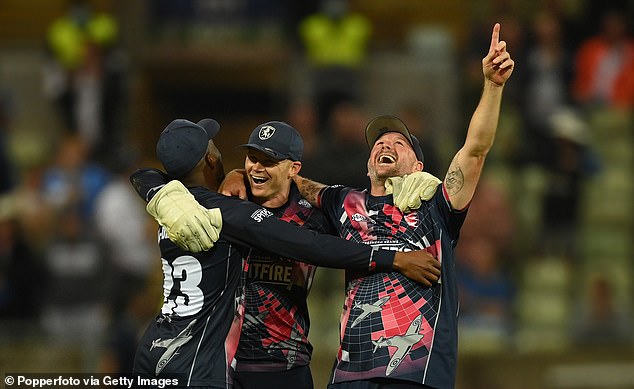 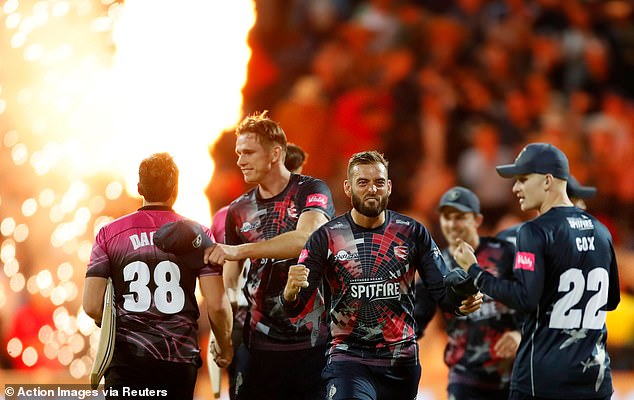 It was the sliding doors moment of the game. Instead of hitting three figures, Somerset was reduced to 94 for six.

“I never thought I’d get the chance to do this,” smiled man-of-the-match Cox, adding “to be honest, I was focused on not getting another first baller,” referring to his performance in the semifinals. last win over Sussex in the second semi-final.

Gregory, whose team beat Hampshire in the morning game, said: “Unfortunately we didn’t bring our best equipment and crossed the line in the semi-finals when we really shouldn’t have.”

In a final as captivating as any in the league’s 19-year history, Cox was stripped of his name in another dismissal by a controversial referee decision. 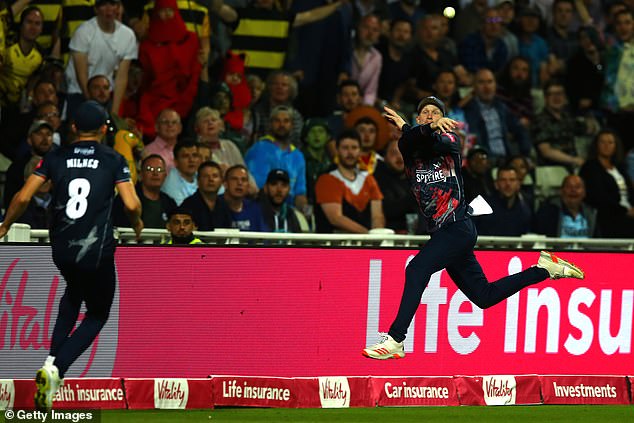 Cox, 20, brilliantly fired a Lewis Gregory shot back into the rope to teammate Matt Milnes

It looked like his catch of Will Smeed’s slog sweep on Joe Denly in the 11th over was completed before Daniel Bell-Drummond bumped into him and touched the rope, but after consulting with the third umpire, field officer Mike Burns gave six signals. The statement was strange, as the diving Bell-Drummond was oblivious to his teammate’s movement and had no intention of helping him.

However, it turned out not to be expensive, because three balls later, another blow into the deep end was swallowed by Smeed at Denly by who else but Cox.

Teams tend to chase under the Edgbaston lights in Birmingham, but the pace of the ball proved key for Kent as leg spinners Denly and Qais Ahmad shared five wickets.

Previously, spin also hampered scoring percentage after Kent, invited to bat, crossed to 44 without a loss. 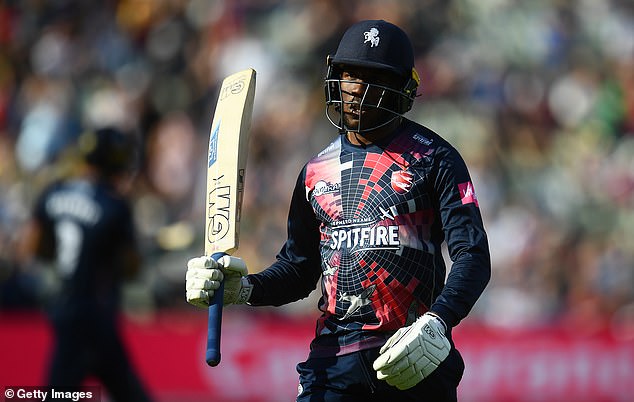 In the semi-final Daniel Bell-Drummond scored 82, supported by Darren Stevens’ 47 not out 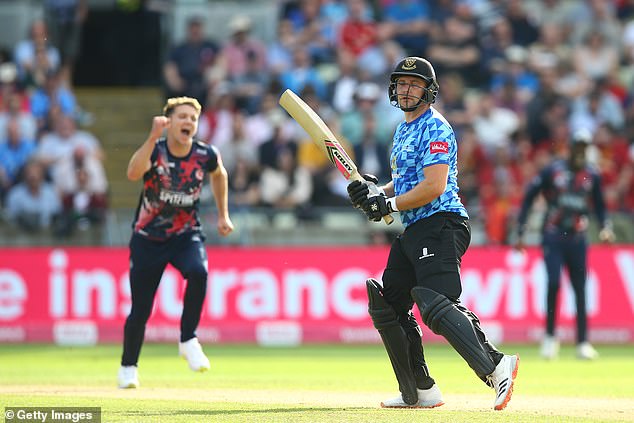 Bell-Drummond had just racked up 100 runs for the day, making him the most prolific English batter in the league in this year’s competition, when his departure changed the pace.

Kent was cute though, absorbing a period of pressure as slow left-arms Roelof van der Merwe and Lewis Goldsworthy brought back combined numbers of 8-0-46-4 before unleashing a late attack inspired by Cox’s ferocious blade.

A total of 49 were taken from the last three overs, with Cox following a third six – a flat over the long leg, making his 26-ball 50 – with two more muscular limits from the last two deliveries.