Inter Milan narrowed the gap to the top of Serie A to one point with a resounding 3-0 win over Roma on Saturday, putting Jose Mourinho under even more pressure.

Hakan Calhanoglu, Edin Dzeko and Denzel Dumfries scored within 24 minutes in the first half as Simone Inzaghi’s men secured a fourth consecutive league win and a third clean sheet at the trot.

The win leaves the defending Serie A champions one point behind bitter rivals AC Milan, who finished top of the league after beating Salernitana 2-0 earlier on Saturday. 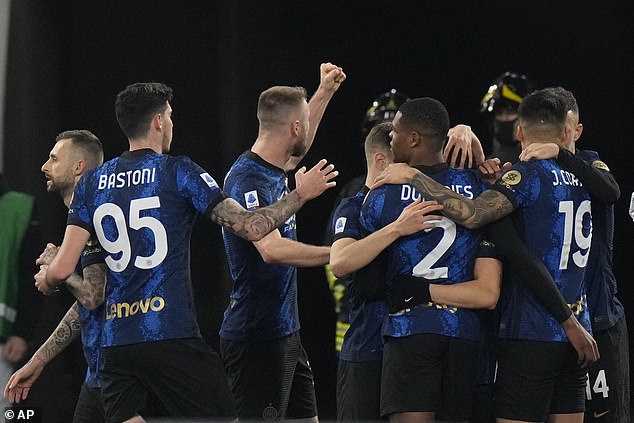 Meanwhile, the defeat for Roma was another setback after a 1-0 defeat to Bologna on Wednesday, which caused Mourinho to act furiously at the umpires.

The Giallorossi remained fifth in Serie A, six points behind fourth-seeded Atalanta, who came within four points of the leader on Saturday night with a win in Naples.

Napoli, meanwhile, can regain the lead with a victory over Gian Piero Gasperini’s team.