Guided Tours: Embrace the camaraderie of a road trip vacation with strangers

Call me a masochist, but I really enjoy the company of strangers. It’s a maxim of mine, to which I cling through thick and thin, that there is no such thing as boredom, only interesting people who you haven’t asked the right questions yet.

That’s probably why I’m such a big fan of guided tours. The ‘E-word’ makes people nervous. They fear that they will be babysited, shown around in groups and forced to spend hours talking awkwardly.

They miss the point – namely that the camaraderie of the road is as old as travel itself. It’s an intrinsic part of what makes travel so exciting. Not only new landscapes, but also new faces. Shared experiences. Friendships were formed far from home. 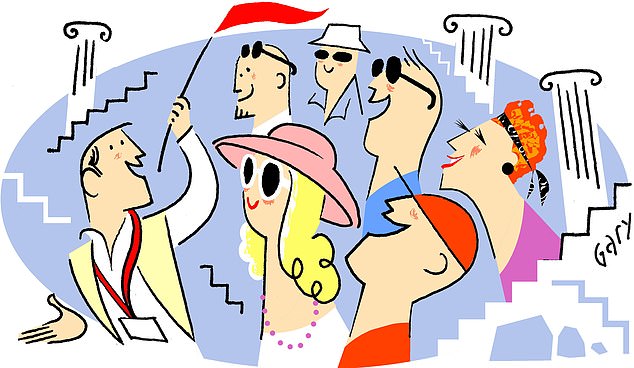 Max Davidson ‘enjoys every minute’ of his time on guided tours

I’ve taken dozens of guided tours in my time, in many different countries, in groups large and small, and loved every minute of it.

From bus tours of English cathedrals to river tours of French vineyards, from bourbond distilleries in Kentucky to ancient ruins in Turkey, I’ve been there, done it. I could have visited the same places alone or with my family, but I doubt I would have brought home such a wealth of memories.

Quirky encounters. Crazy conversations. jokes. Stories. Confusion at airports. Drink late at night. Hanging out in the back of the bus, like kids on a school trip. What’s not to like?

I also learned a lot from the people who matter most on a guided tour – the guides who do the guiding. These guides are part of a long tradition. In the 19th century, English travelers visiting Rome or Florence, hungry for cultural enlightenment, were accompanied by a cicerone. (In Muslim countries, the dragoman played a similar role.)

The cicerone was Wikipedia and Tripadvisor and Google Maps in one. And if you think modern technology has made cicerones obsolete, you’re wrong. A good expert guide is like gold dust.

I still see the face of the young Egyptologist who accompanied me and a small group of Britons on a Nile cruise 20 years ago. His enthusiasm was contagious. His knowledge of Tutankhamun’s tomb and the great temple of Luxor was encyclopedic. 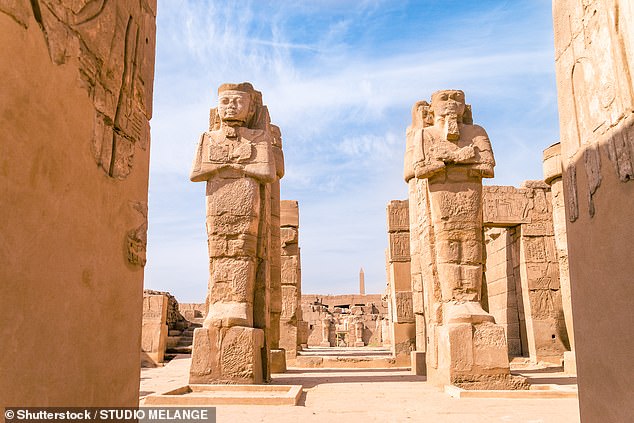 Different expert guides have different styles, which is all part of the fun. I remember a guided tour of Egypt in the company of the English classical scholar Peter Jones.

His post-lunch slideshows were a riot. “In ancient Alexandria you couldn’t move for sages. And they knew their onions.’ Boom Boom!

Self-employed travelers, who reject package holidays, do their own research, stray from the beaten track, are justifiably proud of their self-sufficiency. They are the heirs of the great Victorian explorers. But humans are social animals

The rich variety of the modern travel industry is so great that your cicerone on a guided tour is not only charming and knowledgeable, but also a household name.

I’ve been on a guided tour of Vietnam, on a cruise ship, where freshly bought local produce was turned into delicious meals by Raymond Blanc, no less. Gourmet heaven, with a taste of Gallic charm.

Even better was a guided tour of the Caribbean a few years ago, when I joined some English fans on an island-hopping cricket-watching extravaganza in the company of David Gower, God’s gift to the cover drive.

For this avid cricket fan, it would have been a thrill to catch a glimpse of the great man in the distance. Spending hours in his company, talking about cricket and life, with a glass of goodness in hand, was indeed a wealth.

Self-employed travelers, who reject package holidays, do their own research, stray from the beaten track, are justifiably proud of their self-sufficiency. They are the heirs of the great Victorian explorers.

But humans are social animals, and there’s no shame in looking at travel through a slightly different lens. If the idea of ​​a guided tour has stumped you, think again.

PETE JENSON: Barcelona kids have given Koeman breathing room, but he faces a nightmare of games

The craziest bookstore in the world? In the great new Shenzhen Zhongshuge store in…