A former St. George bank employee has been charged with a further 112 fraud charges related to an “advanced” crime syndicate she allegedly led.

Sara Daizli, a 29-year-old woman from Sydney, was arrested last December and charged with 15 fraud-related offenses following a seven-month investigation by the NSW Police Strike Force Kerribee into alleged fraudulent activity against a financial institution.

Detectives issued five search warrants in early morning raids in Sydney on Thursday morning, including a home in Sutherland in the south of the city.

A handcuffed Daizli, dressed in gray sweatpants, black sweater, hat and thongs, was escorted out of the house by detectives and loaded into the back of a police van. 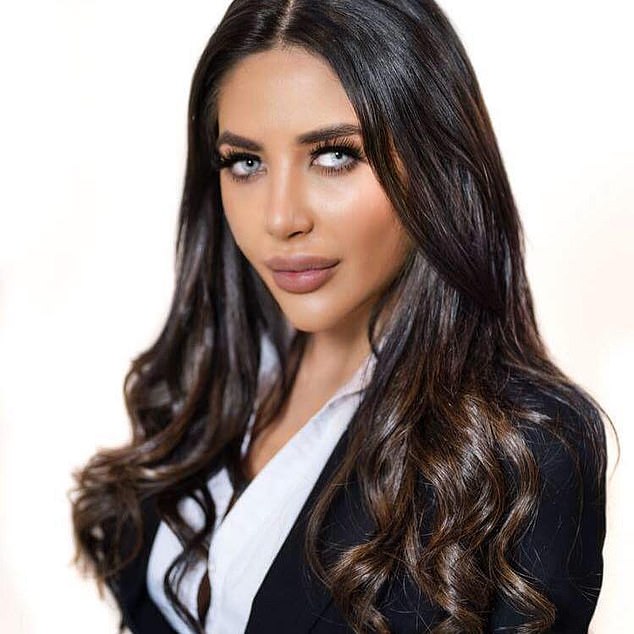 She was much less dressed for the occasion than at her original arrest, where she made a fashion statement in a sleek gray onesie and designer gold slippers – before complaining about the condition of the police car.

Other charges include handling identity information to be committed, a criminal offence, unfairly obtaining financial advantage through fraud, knowingly handling the proceeds of crime with the intent to conceal the activities of a criminal group, and knowingly and willingly.

Police will allege in court that Daizli used fraudulent documentation to file false loan applications and launder money worth $550,000.

Daizli will spend Thursday evening behind bars after her bail was refused to appear in the central local court on Friday. 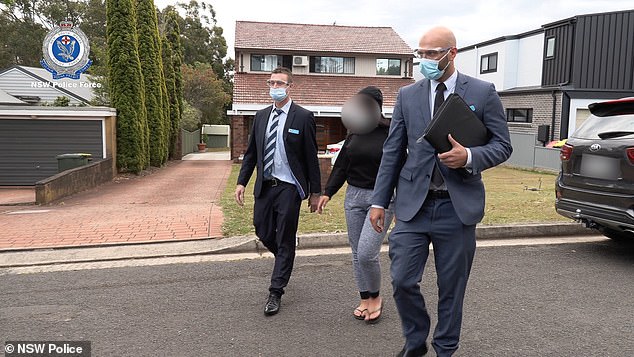 Sara Daizli, 29, was escorted from her home in Sutherland by detectives Thursday morning 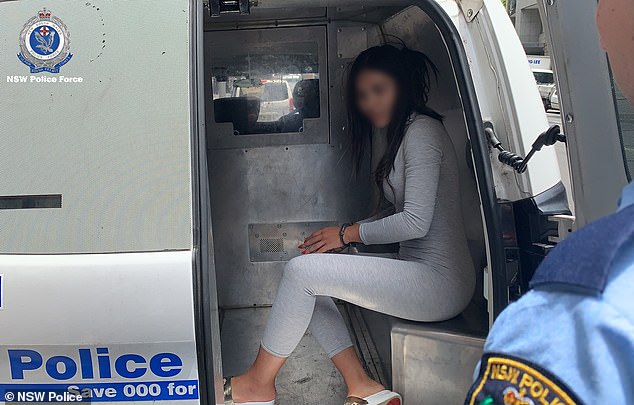 Three men were also arrested during Thursday’s raids, in which police seized $400,000 in cash, documents and electronic items.

A 27-year-old Heckenberg man was charged with 40 violations, while a second man, 37, from nearby Liverpool was hit with 34 fouls.

Police will allege that both men used their jobs as accountants to file fraudulent tax documents on behalf of the syndicate for financial gain.

A 53-year-old man from Kangaroo Point was charged with 33 violations.

Police will allege the former bank manager facilitated the use of fraudulent documentation submitted by the syndicate to obtain loans. 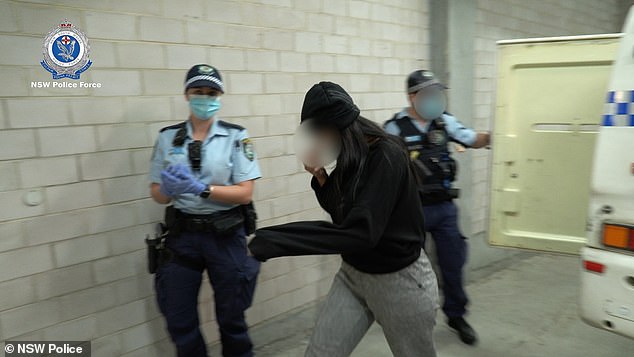 Sara Daizli, 29, was taken to the Kogarah Police Station on Thursday morning, where she was charged with more than 100 crimes. 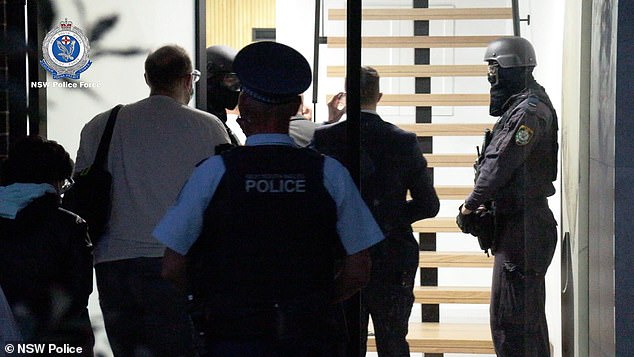 Police executed five search warrants in Sydney on Thursday, leading to the arrest of Daizli and three men. Pictured are police at Daizli’s home in Sutherland

The three men were released on bail to appear in Downing Center local court on Nov. 18.

Another woman previously charged during the investigation is also currently facing trial.

“Forensic analysis of items previously seized by detectives from the Corporate Corruption Team has led to the identification of further fraud-related crimes allegedly committed by members of this syndicate,” Det Supt Howlett said. 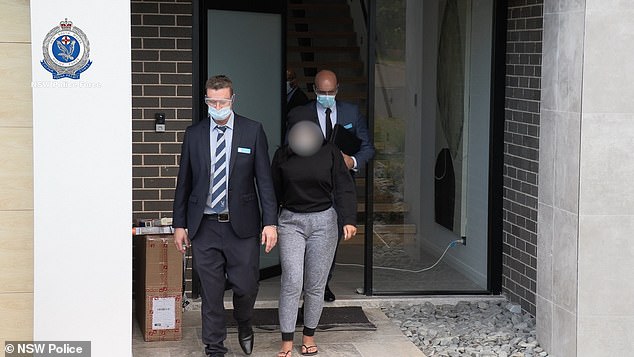 Police will allege in court that Daizli (pictured during her arrest on Thursday) used fraudulent documentation to file fake loan applications and launder money worth $550,000

Police will argue that most of these crimes were coordinated by the 29-year-old Sutherland woman and that she was assisted by other members of the syndicate.

‘This kind [alleged] fraudulent activities are complex, well-planned and lascivious; especially when you consider that those allegedly involved in this fraud have breached the trust of their clients and employers.

“Detectives will now thoroughly examine the documentation and other items seized today to ensure that any further victims or offenses are identified.”

The investigation into the alleged syndicate continues as strike force investigators urge anyone with information to come forward and contact police. 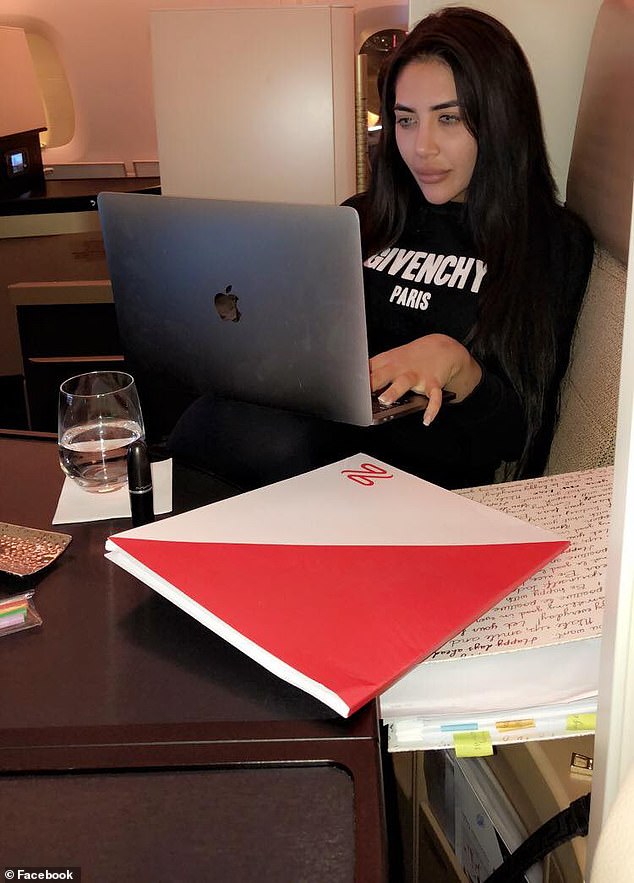