Gianluigi Donnarumma vows to have AC Milan badge tattooed on his arm, despite San Siro abuse

Goalkeeper Gianluigi Donnarumma promises to have an AC Milan badge tattooed on his arm, despite being booed on his return to San Siro with Italy after infuriating fans by leaving his youth club to join PSG

Gianluigi Donnarumma has vowed to get a temporary AC Milan tattoo made permanent, despite being booed on his return to San Siro last week

The 22-year-old left his youth club under a cloud after letting his contract expire and moving to Paris Saint-Germain in the summer on a free transfer.

He returned to the San Siro last week for Italy’s match against Spain in the Nations League semi-final. 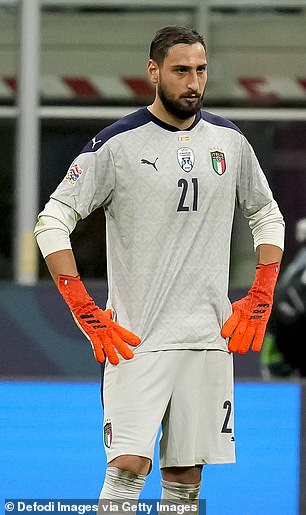 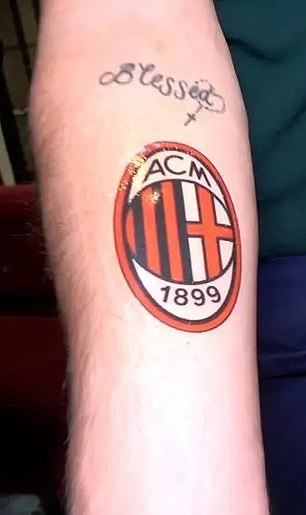 Donnarumma was booed by fans during a 2-1 loss for 10-man Azzurri against Spain.

However, the goalkeeper allowed a Milan crest to be printed on his arm as he appeared on the Le lene TV show this weekend.

As the interview drew to a close, the reporter asked, “When you come to Paris, do you go to a tattoo artist and make it permanent?” 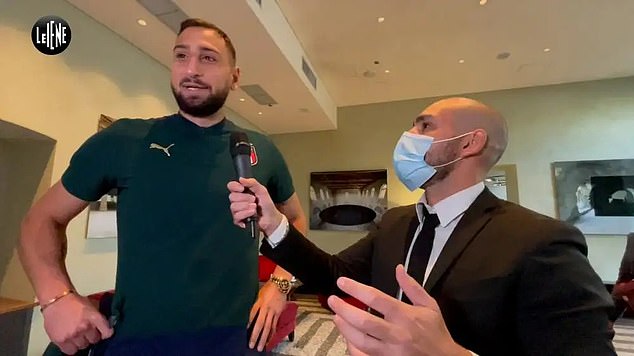 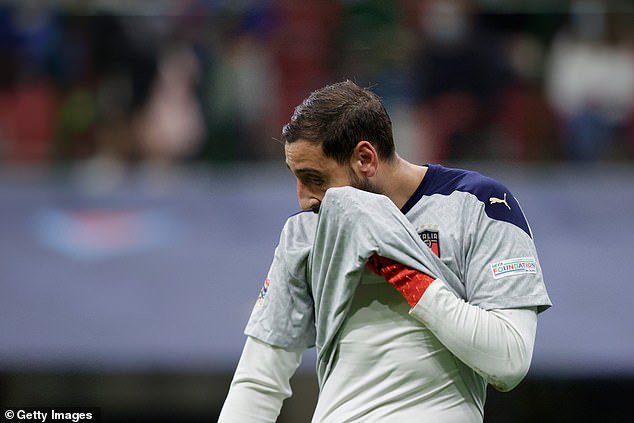 The goalkeeper was booed by fans during Italy’s defeat to Spain in San Siro . last week

After his frosty reception in San Siro, Donnarumma said he hoped he could win over the fans in time.

“There is a bit of disappointment with the whistles. I spent eight years in Milan and it is always an emotion to return to San Siro. I grew up here and remain a supporter of the club.

“About eight years you don’t forget … I hope to be better received next time.” 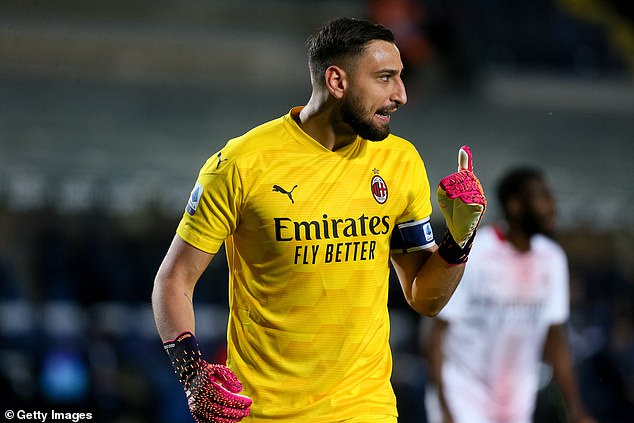