‘My family pays a heavy price for me as an MP’: A haunting video of David Amess discussing the ‘harsh impact’ a MP has on his loved ones is revealed in the sixth documentary for the A-level project

Sir David Amess, who was killed in a terror attack on Friday, admitted his family “paid a heavy price” for his service as MP in an unearthed interview filmed 10 years ago.

The MP for Southend West died on the spot after a knifeman stabbed him multiple times at a church in Leigh-on-Sea on Friday afternoon.

A 25-year-old British man of Somali descent has been held under terrorism law until Friday and is being questioned as part of the investigation.

In a 2011 interview, David Amess said his family “paid a heavy price” for his service as MP 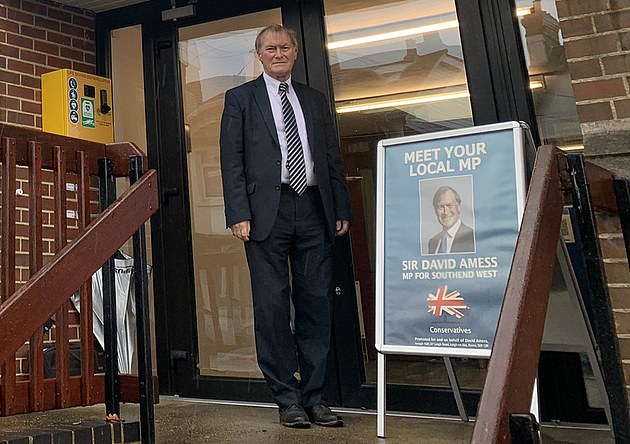 Sir David Amess, 69 (pictured outside his operating room earlier this month), was stabbed ‘several times’ by a man while speaking to voters at Belfairs Methodist Church in Leigh-on-Sea

The popular MP, who has served Southend since 1997 after 14 years as MP for Basildon, was killed while performing his duties and was meeting voters in an operating room when he was attacked.

The 69-year-old was known for his dedication to the community and the responsibilities placed on him as a serving MP.

Now revealed in an unearthed interview clip, Sir David has admitted that his family paid a heavy price for his work as an MP.

The interview was filmed in 2011 by sixth-year student Alex Bright, who is now a local Conservative councilor in Southend.

In the video, shared by the Sunday People, Sir David says: ‘You asked me before about the impact on one’s private life and how to balance social events with your family – very, very difficult indeed.

‘All I want to say is – and I speak with some feeling that I have five children – that my family has paid a great price for my membership of parliament. There’s no doubt about that.’ 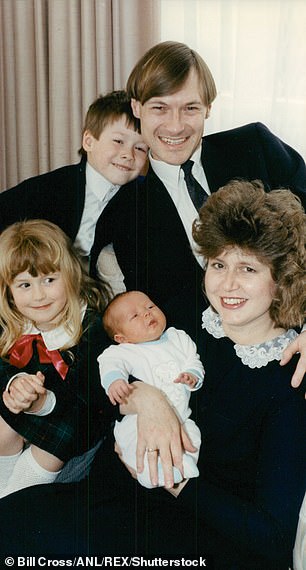 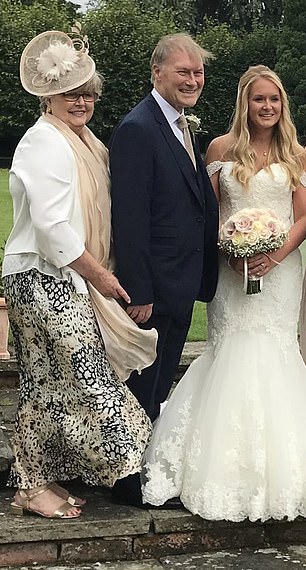 Alex, who filmed the interview while studying at university, told the Sunday People: “That quote really stood out – looking back at what just happened, it’s clear it was true.”

Paying tribute to the MP on Twitter, the young councilor added: ‘I have had the privilege of knowing Sir David since I was 16 years old, when I first became involved with the Conservative Party here in Southend-on-Sea. .

Just two years later, he was generous enough to allow me to interview him for a school project, as I clearly remember his dedication and passion for his role as an MP.

‘An old-fashioned politician, Sir David was a kind, gentle, religious and deeply devoted man – devoted both to his constituents in Southend West and to the nation as a whole.

“He was a first-rate and patriotic parliamentarian and the people of Southend were incredibly lucky to have him represent them. He was an inspiration to those of us in politics and those who knew him. 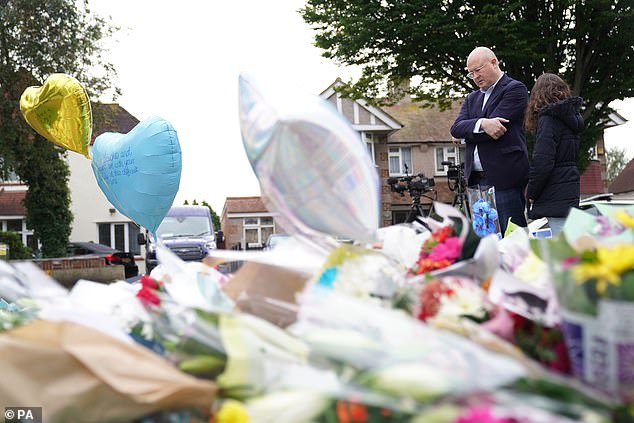 This morning people watch the tributes left at the crime scene at Belfairs Methodist Church in Eastwood Road North, Leigh-on-Sea, where the popular MP was stabbed to death on Friday

“No one should ever be killed just because he is a politician. This heinous crime is heartbreaking and leaves a huge hole in the lives of Sir David’s family, friends, colleagues and constituents, and my thoughts and prayers are with them all.”

As Sir David’s wife and children mourn at home, the MP’s extended family, including cousins, left a note honoring “a wonderful man and member of our family.”

Outside the scene of the attack, voters recalled the work the “absolutely wonderful” MP did in his community during his nearly 40-year career.