Boris Johnson’s short-term foreign policy goals have made it impossible to negotiate deals with him, French sources say.

Politicians in Paris believe the prime minister is a populist who wants to use France as a scapegoat to push his Brexit agenda and he has no interest in solving problems in the cross-channel relationship.

A diplomat told The Guardian that the situation is perilous and that Britain appears to be waiting until after the French elections in April to mend the damaged relationship.

A French source said: ‘The instability is that some have concluded that Johnson and Lord Frost’ [the Brexit minister] doesn’t want any deal on the Northern Ireland protocol or anything, but will keep ramping up the demands until they are impossible.’

The French are claiming mirror accusations in Britain that Macron’s view of London is being clouded by internal politics. 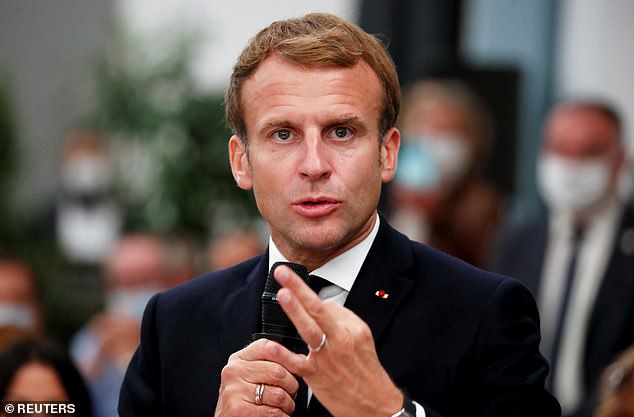 Boris Johnson’s short-term foreign policy goals have made it impossible to negotiate deals with him, French sources say

The president is expected to appoint European minister Clément Beaune as a key figure in his election campaign team.

Beaune has often lashed out at the UK, saying the country is obsessed with France and threatening to cut energy supplies if London doesn’t back down on Channel Islands fishing rights.

Paris was outraged when Jersey this summer granted licenses to only 12 small French boats out of 47 applications – with warnings that ships could create a blockade.

France is also among a number of countries seeking retaliation for trade if the Northern Ireland protocol talks stall, while the migrant crisis remains another sticking point between the two countries.

The UK pledged to pay £54 million in June to cover the costs of monitoring migrants attempting to cross the Channel, but last weekend France claimed “not one euro was paid”. 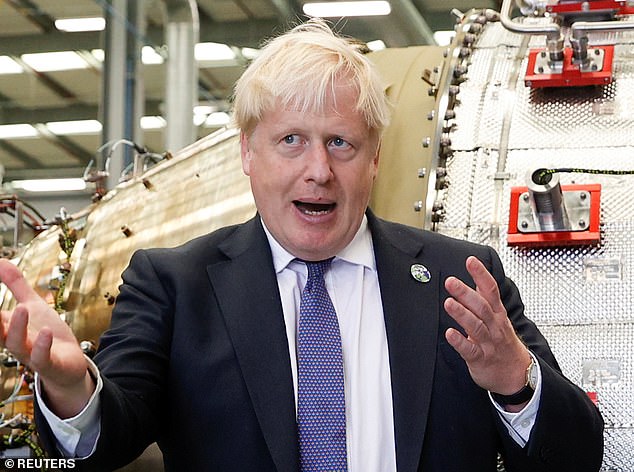 One of the main points of contention remains the Aukus submarine defense pact that resulted in France losing an important contract with Australia.

A meeting canceled between French and British defense ministers has yet to be rescheduled amid the fallout from the stump.

Since the Aukus furor, Joe Biden has made concessions and assured Macron it would not be repeated, but Johnson has made no such promises.

The Prime Minister has even promoted Admiral Sir Tony Radakin to Chief of Defense Staff, the official most involved in the cancellation of the submarine contract.

Johnson also told France to ‘preenez un grip’ and ‘donnez moi un break’ in line over the secret deal that tore up a separate French contract.

The problem is exacerbated because France sees Johnson not as a normal politician, but as someone who is guided only by the polls and what is popular with British voters. 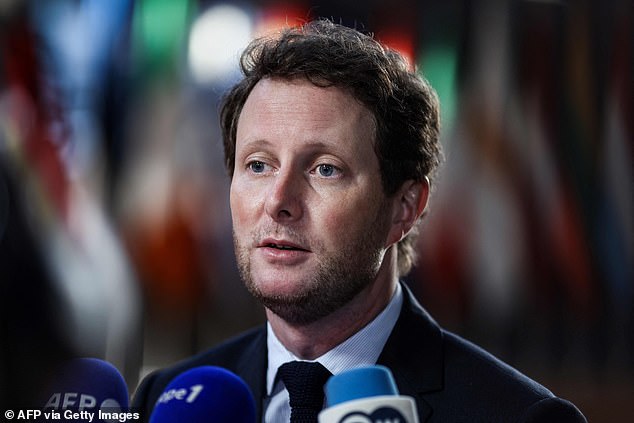 Calais Mayor Natacha Bouchart said over the weekend that the British are “cynical, sarcastic and unable to reform their own labor laws, although in fact they are largely promoting illegal work and amplifying its appeal”.

It is estimated that 7,000 migrants have crossed the Channel this year alone, double the number of last year.

Meanwhile, France has gathered in the last row of its European allies to present a ‘common front’ against the UK in the post-Brexit fishing license dispute.

Ten countries – including Germany, Italy, Spain and Belgium – joined the French in signing a joint statement calling on the UK to abide by the terms of the Brexit trade deal and ensure ‘continuity’ for the French fishing fleets.

In particular, they object to the UK’s requirement that French ships provide geolocation data in order to obtain a licence, saying this is “not covered in the deal”.

France is said to be still preparing separate ‘retaliatory measures’ to punish the UK, which will be revealed in the coming weeks.

Prime Minister Jean Castex accused Britain in the French parliament last week of failing to keep its promise on fisheries.

“We see in the clearest possible way that Britain does not respect its own signature,” he said, adding that “all we want is for a particular word to be respected.”