By David Averre For Mailonline

Four people died Saturday in Calabria, Italy, from inhaling carbon dioxide after trying to save each other from the fumes of their homemade wine.

Two brothers, Giacomo and Valerio Scofano, 70 and 50, and father and son Santino and Massimo Carnevale, 70 and 45, died from inhaling the gases produced by a barrel of grape fermentation in the basement of their home in the hamlet of San miceli.

Police said the family had gathered to stir the wine and pour some of the homemade alcohol into a set of oak barrels.

Valerio Scofano had made the wine at home while he was under house arrest for stalking, according to police. 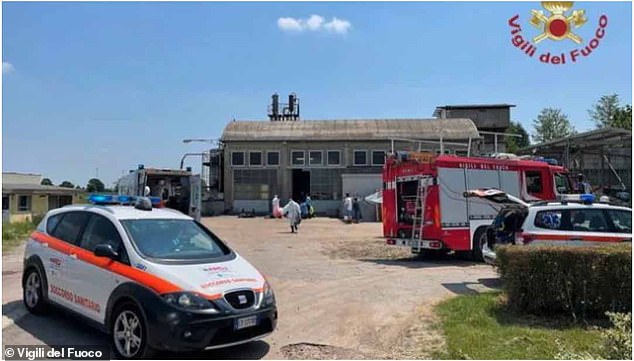 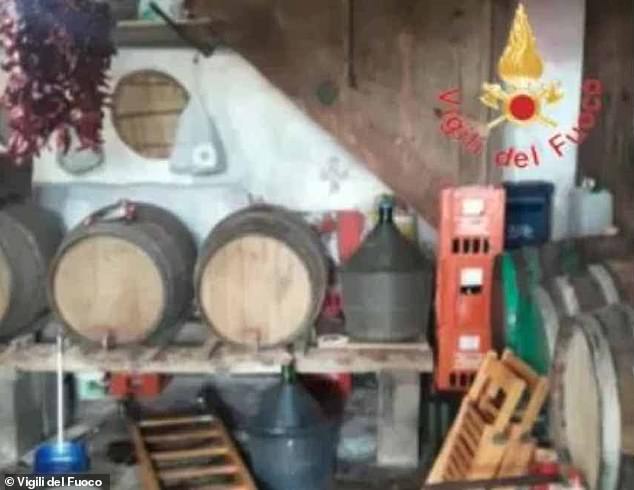 This is an image of the basement where the bodies were found. Four men died from inhalation of the gases, while a 36-year-old woman was resuscitated from gunfire

It is unknown which family member entered the basement first, but all four men were found dead underground by emergency services.

A 36-year-old woman, believed to be the daughter-in-law of one of the men, was responsible for sounding the alarm before she too was knocked unconscious from the fumes.

She was resuscitated at the scene by firefighters and then taken to hospital where she recovered.

Fermentation is the process that converts grape juice into wine. Over time, yeast consumes the grapes’ natural sugars and produces alcohol, along with a significant amount of carbon dioxide.

According to Professor Roger Boulton of the University of California, Davis, the carbon dioxide produced by the winemaking process is five times more concentrated than airplanes and cars, with one liter of fermented grape juice producing 60 liters of carbon dioxide.

The carbon dioxide fumes sink to the bottom of confined spaces and can be extremely dangerous as they are colorless and odorless meaning inexperienced winemakers, especially those making their own homemade wine, can easily be caught. 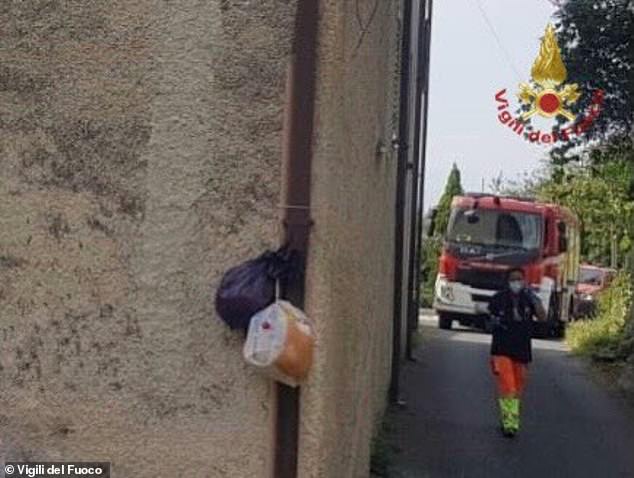 Paola prosecutor Pierpaolo Bruni said an investigation into the death of the winemaking family was underway, telling reporters that their winemaking environment “lacked adequate air ventilation”

The Carabinieri reported that three of the men were found in the cellar near the grape juice fermentation tank, while another was found in the “collection room” where the wine is transferred to oak barrels.

Carabinieri Captain Marco Pedulla said: ‘According to our findings, one of the men lowered himself into the cellar to decant the wine and passed out’, before explaining that the other men had gone downstairs to help before they met the same succumbed to fate.

Paola prosecutor Pierpaolo Bruni said an investigation into the death of the winemaking family was underway, telling reporters that their winemaking environment “lacked adequate air ventilation.”

Paola Mayor Roberto Perrotta said on Saturday that the city, with only 15,000 inhabitants, felt a collective grief over the events.