A foodie has revealed how to turn an old loaf of bread into a delicious French toast casserole that the whole family will love in just ten minutes.

Yumna Jawad, the feel good foodie, recently showed off the easy recipe on her Instagram – where it quickly went viral, garnering over 25,000 likes and comments. 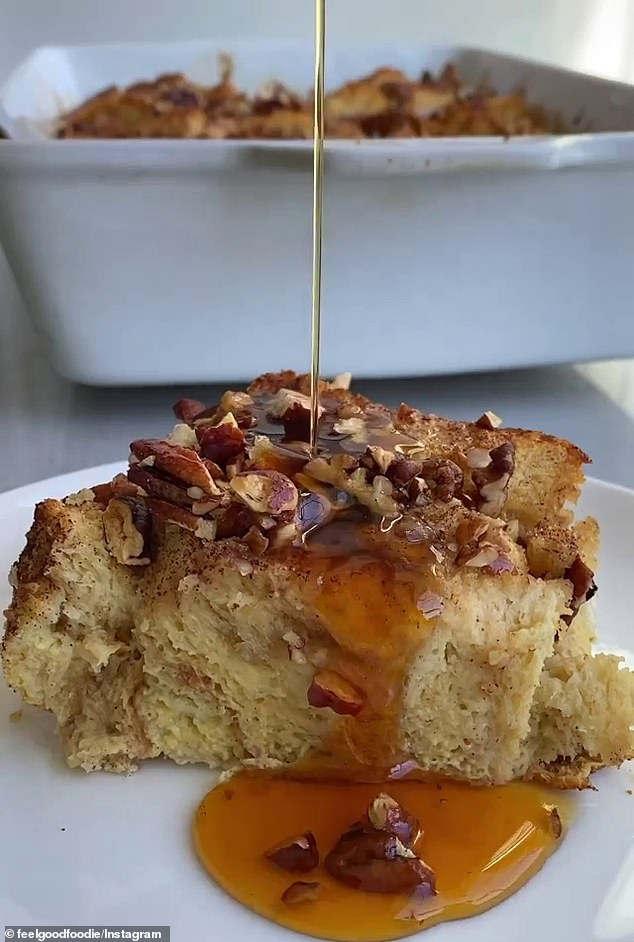 Yumna’s instructional video begins with a shot of the bread she quickly cuts into two-inch cubes.

The bread is poured into a baking dish and then set aside while the gourmet prepares the custard mixture.

She combines the eggs, milk, maple syrup, vanilla extract, Greek yogurt, and cinnamon in her blender.

This mixture was then poured over the bread cubes before the gourmet coated the casserole with her pecans.

The casserole was then placed in the oven at 180°C and taken out when it was golden brown on top.

The home cook said the casserole has become a family favorite and will “definitely make an appearance over the Christmas season.” 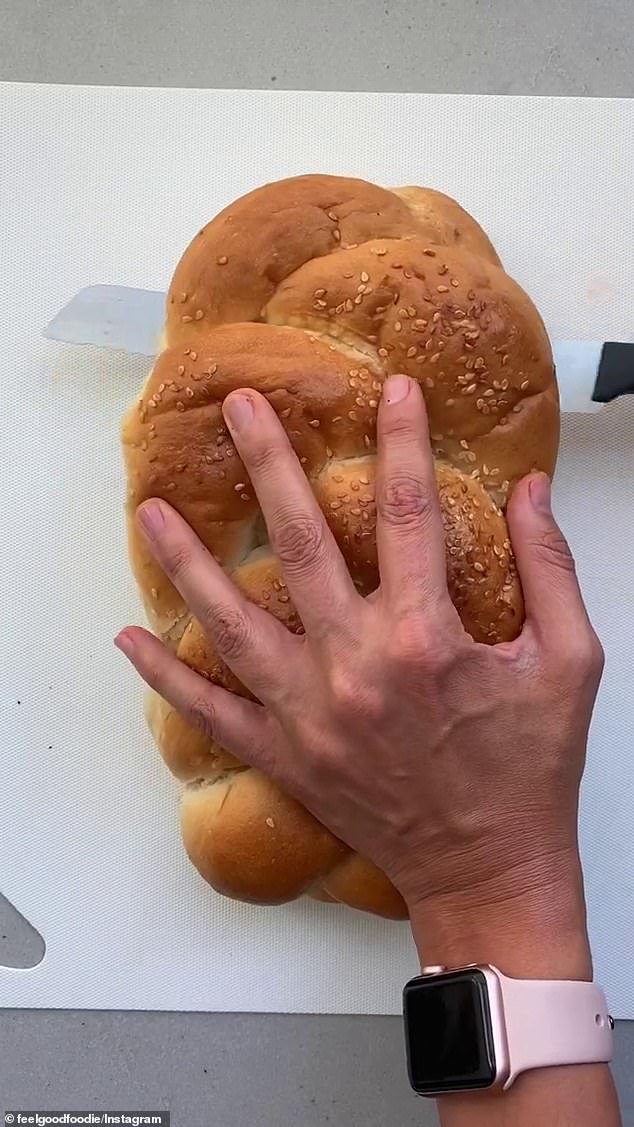 Yumna Jawad, the feel good foodie, recently showed off the easy recipe on her Instagram – where it quickly went viral, attracting over 25,000 likes and comments

How can I make a French toast casserole at home?

Cut the stale bread into two centimeter cubes and place them in a baking dish.

Pour the custard mixture over the bread.

Add your pecans and some more maple syrup.

Place in an oven at 180c until golden brown.

And her fans seemed just as obsessed with the easy brunch meal.

“This sounds perfect for Sunday brunch,” one woman captioned the video.

While dozens of others left simple one-word comments about how delicious the baked treat looked.

The casserole, for 12 people, does not need to be soaked overnight, making it quick and easy to prepare.

MAFS NZ: Samuel Levi brags about getting an ‘illegal haircut’ in lockdown